James Cook University would like to express its condolences to the family of Professor Bob Carter, who died recently. 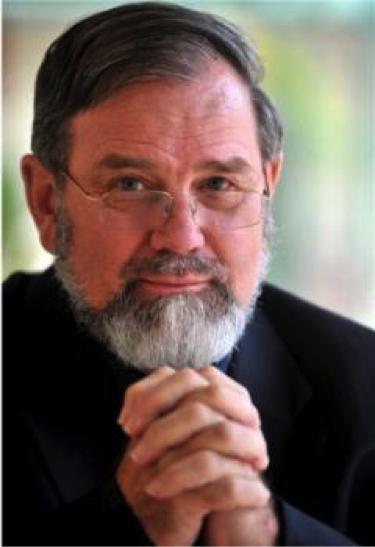 Professor Carter was employed at JCU from 1981 to 2001. He maintained his connections with the University as an Adjunct Professor until 2013.

Bob Carter was a palaeontologist, stratigrapher, marine geologist and environmental scientist with almost 50 years of professional experience. He earned degrees from the University of Otago (New Zealand) and the University of Cambridge (England). He held tenured academic staff positions at the University of Otago (Dunedin) and James Cook University (Townsville), where he was Professor and Head of the Department of Geology and its successor, the School of Earth Sciences, between 1981 and 1997.

Whilst at James Cook University, Bob was departmental/school head and the Department and School he led developed a national and international profile. Earth Sciences became recognised as an area of research strength at JCU.

His successes include starting the Economic Geology Research Centre (1982), leading the successful bid for an ARC Key Centre in Economic Geology in the early 1990’s, and was influential in the establishment of the Advanced Analytical Centre Centre (a model which has proven very successful) with core infrastructure donated by the School of Earth Sciences. He also led the growth of Earth Sciences as a discipline on the Cairns Campus.

Bob served at times in his career as Chair of the Earth Sciences Discipline Panel of the Australian Research Council, Chair of the national Marine Science and Technologies Committee, Director of the Australian Office of the Ocean Drilling Program, and Co-Chief Scientist on ODP Leg 181(Southwest Pacific Gateways).

His research whilst on staff at James Cook University received exceptional support from public research agencies, in particular the Australian Research Council (ARC). His publication list is over 100 papers in international science journals and he was valued as a collaborator by many of the leading researchers in marine geology and stratigraphy.

Bob became passionately engaged in climate science and its relation to anthropogenic influences. He authored two books on the subject and co-authored several more. He also acted as an expert witness on climate change before the U.S. Senate Committee of Environment & Public Works, the Australian and N.Z. parliamentary Select Committees into emissions trading, and has acted as a primary science witness in various high-profile court cases on the same subject.

To his many close friends and scientific associates, not to mention ex-students, Bob will be remembered for his strategic capacities, great intellect and polite, cheerful, and academically rigorous debating style.