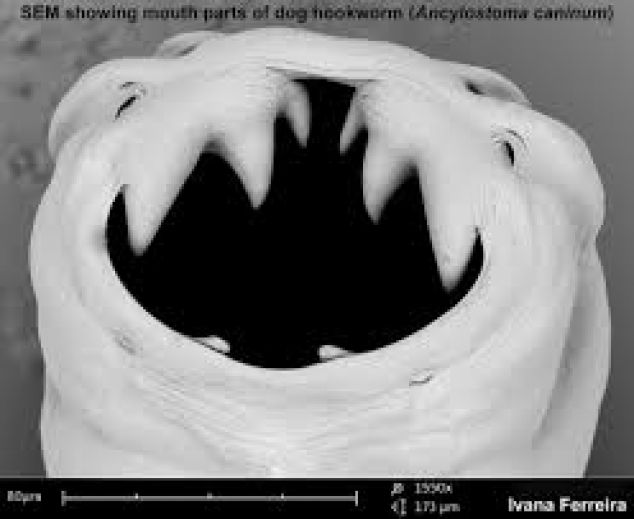 A James Cook University scientist and a medical doctor will study a revolutionary treatment for a debilitating illness that affects hundreds of thousands of Australians.

Dr John Croese, an adjunct professor at JCU and a gastroentologist at The Prince Charles Hospital in Brisbane, and Dr Paul Giacomin, a scientist at JCU’s  Cairns Campus, have been awarded more than $860,000 by the National Health and Medical Research Council to study the treatment of coeliac disease using hookworms.

Coeliac disease makes the immune system react abnormally to gluten and results in damage to the small bowel. It affects one out of every 70 Australians.

“Symptoms of coeliac disease vary, with the most common being gastrointestinal upsets. Others symptoms, some more severe, may include fatigue, anaemia, unexplained weight loss or gain, bone or joint pains and swelling of the mouth or tongue,” Dr Croese said.

40 patients will be injected with hookworm larvae as a follow-up to a pilot study that suggested the parasite is effective in treating coeliac disease.

A smaller number of participants in the earlier trial were infected with 20 Necator americanus (hookworm) larvae.

They were then given gradually increasing doses of gluten, beginning with just one-tenth of a gram per day (the equivalent of a two-centimetre segment of spaghetti) and increasing in two further stages to a final daily dose of three grams (75 spaghetti straws).

By the end of the trial, the patients were eating the equivalent of a medium-sized bowl of spaghetti - a meal that would usually bring on diarrhoea, cramps and vomiting.

“The gut becomes more accepting of different foods,” said Dr Croese. “It’s the most exciting development I am aware of in the treatment of coeliac disease.”

Participants in the new trial will have their gluten levels elevated far above those in the pilot study as they progress towards eating a normal diet.

Hookworms do not breed within the human body so there is no chance of the parasite multiplying to dangerous numbers.

Scientists believe the key to the hookworms’ anti-inflammatory prowess lies within the proteins that the worms secrete. Work will continue on isolating the protein, but in the interim it is thought a treatment for coeliacs will involve infecting sufferers with the whole hookworm.