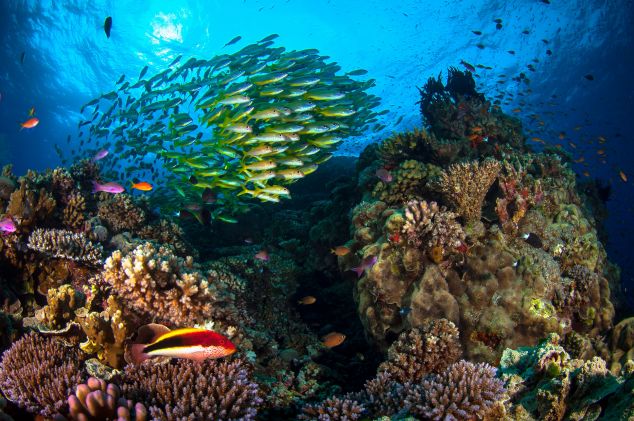 A James Cook University researcher has found more than three quarters of Australians regard the Great Barrier Reef as part of their national identity and nearly 90 per cent believe it is under threat from climate change.

JCU’s Jeremy Goldberg commissioned two professional surveys of around 1,000 people each as part of his PhD, conducted at JCU and CSIRO.

He said the survey’s results were surprising. “We expected people to care about the Reef, but the strength of that connection was a revelation.”

Mr Goldberg said the results produced another surprise too, with a huge number of Australians concerned about the effect of climate change on the Reef.

“89 per cent of people thought climate change was a threat to the Reef and 54 per cent said they would be personally affected if the health of the Great Barrier Reef declined,” he said.

It was the first nationally representative poll about the Great Barrier Reef in terms of location, gender, age and other demographic variables. “We sought to have a solid representation of the Australian public, not just Queensland stakeholders or capital cities as other studies have done,” said Mr Goldberg.

Mr Goldberg said the connection between people and special places is rarely quantified, and policymakers find it difficult to incorporate human dimensions into decision-making processes.

“We’ve described the personal concern and connection Australians have with the Great Barrier Reef and discuss how the results may help with its management,” he said.

“Now we have a clearer understanding of how deeply people do connect. It seems that people see it as much more than just a Reef, but think of it as part of the culture and protecting the Reef may be part of what it means to be Australian, or that letting it continue to decline would be un-Australian.”

The study forms part of a social and economic long-term monitoring program (SELTMP) for the Great Barrier Reef, established by JCU and CSIRO scientists, funded by the Australian Government’s National Environmental Research Program.

Other key points from the survey:

- 86% of Australians were proud that the Great Barrier Reef is a World Heritage Area, and most agreed that it was the responsibility of all Australians to protect it (81%).

- 77% were concerned about the impacts of climate change on the Great Barrier Reef.

- 44% of Australians have visited the Great Barrier Reef and 8% visited within a year before survey.

- Nearly half of the respondents (49%) had never been to the Great Barrier Reef but would like to at some stage.

(Extensive, free images. But please note conditions of use on the page).

Professor of Management and Organization Studies