Trade opportunities aplenty in the North

Former Deputy Prime Minister, the Honourable Tim Fischer AC will deliver the keynote address at the Business Excellence Series in the Tropics (‘BEST’) lunch on November 12 in Townsville. 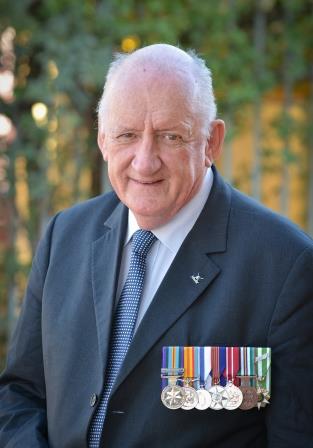 That is the message from former Deputy Prime Minister, the Honourable Tim Fischer AC. Mr Fischer will deliver the keynote address at the Business Excellence Series in the Tropics (‘BEST’) lunch on November 12 in Townsville.

The twice-yearly event is organised by James Cook University’s College of Business, Law and Governance.

Mr Fischer served as Deputy Prime Minister and Minister for Trade in the Howard Government before leaving Parliament to become Australia’s first Ambassador to the Holy See. He is also a former Envoy to the Himalayan Kingdom of Bhutan.

Mr Fischer’s talk will discuss a brighter future for the tropical north, and the challenges and opportunities for expanding trade with Australia’s Asian neighbours.

Mr Fischer said he was looking forward to coming to North Queensland, and had two clear messages to deliver.

“North Queensland can run and chew gum at the same time on the trading front, and they must do this to remain economically active,” Mr Fischer said.

“We must pursue regional and multilateral trade agreements at the same time,” he said.

“Secondly, small business has got to be the engine room for the North Queensland economy. An essential dimension of that is the good training of staff and management.”

On a broader note, Mr Fischer said one of the ‘worst decisions’ of the last century was to not standardise the rail line from Mount Isa to Townsville in the 1960s.

“It was examined at that time but it was decided not to upgrade to standard gauge,” he said.

“I remain rock solid in support of good rail infrastructure in Australia. I will discuss this in more detail in my BEST lecture.

“Speaking of BEST, full marks to JCU on this initiative. These discussions are crucial to the North’s further development.

“The recent breakthrough by Andrew Robb (Australian Minister for Trade and Investment) that beef is a big winner, will also be helpful to Townsville and beyond.”

On a lighter note, Mr Fischer said he has been in London, and observed the Australian Wallabies’ World Rugby Cup loss from a distance from Bletchley Park, the former centre for code-breakers in World War Two.

“What we need is a code-breaker to bring about a breakthrough with funding for a new Townsville stadium sooner rather than later,” he said.

“In short, we need a Twickenham in Townsville.”