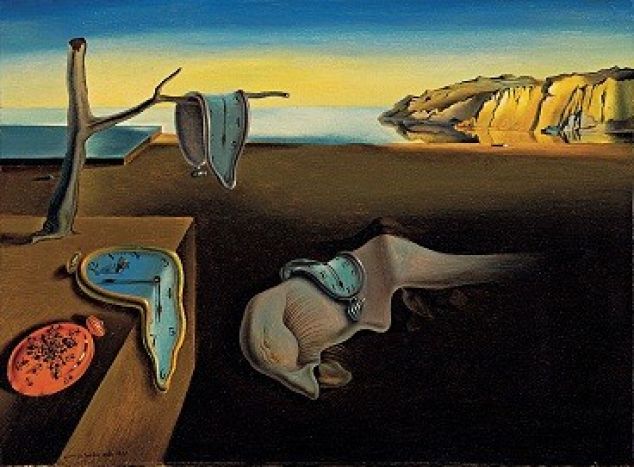 The persistence of memory. Salvador Dali.

Our techno-gadgets may be amping up our brain’s processing speed and causing us to believe time is racing by, according to a James Cook University researcher.

JCU psychology lecturer, Dr Aoife McLoughlin has been examining how our switched-on lifestyle makes our brains faster, but also leaves us with the impression time is passing quickly.

“I’ve found some indication that interacting with technology and technocentric societies has increased some type of pacemaker within us. While it might help us to work faster, it also makes us feel more pressured by time,” she said.

“As the speed of pace of life increases, the subjective feeling of available time decreases, causing a sense of time pressure within the individual.”

Dr McLoughlin said common advice was to switch off our mobiles and forgo the internet when we want to relax and unwind. “What I’m arguing is that there is a genuine quantifiable cognitive basis for this advice, rather than it simply being about taking a step back,” she said.

“It’s a scientific reason to stop and smell the roses.”

She said more work needed to be done on whether the overall effect of a ‘sped-up brain’ was positive or negative.

“I feel it would lead to an increase in time-stress, which has been linked to heart disease, among other things. High time-pressure is also significantly related to distress among both men and women, and is related to increased levels of depression in women who work outside of the home.  On the positive side, a faster processing speed may be an advantage in many circumstances.”

Dr McLoughlin said there were ways to handle the apparent increase in the speed of time, short of turning off the screens. “Meditation and mindfulness could help being in the moment - understanding that real ‘clock time’ is stable, and it is not really passing faster.”

She said that individuals as far back as the French Revolution had complained of the speed of modern living.