Featured News Championing the return of the front verandah

Championing the return of the front verandah Everybody needs good neighbours, and building front verandahs and patios in new urban housing developments may just be the key to that.

Ms Thompson's work looked at front verandas as an alternative to the modern phenomenon of the proliferation of ‘eskie’ homes - enclosed, air-conditioned brick homes with little outdoor room on the front, back or sides in tropical regions.

“In recent decades, however, modern tropical homes have abandoned this once-prolific building element.”

Ms Thompson said the front, or street-facing verandah had all but vanished, and current suburban housing development trends have witnessed the building of streetscapes visually dominated by uninviting garage doors.

Her study focused on a specific new residential development: the master planned community of ‘Greater Ascot’ in Townsville.

“My study investigated the re-emergence of the front verandah in Greater Ascot, a unique residential development where verandahs are mandated through design standards and enhancement covenants.”

She investigated the motivations of the developer in creating this master planned residential community as well as residents’ perceptions of the role of verandahs, including their role in building social capital and climate responsive design.

The research shows that the developers were inspired to promote front verandahs as a means to encourage social connection or neighbourly behaviour, such as chatting over the fence or waving to passers-by. 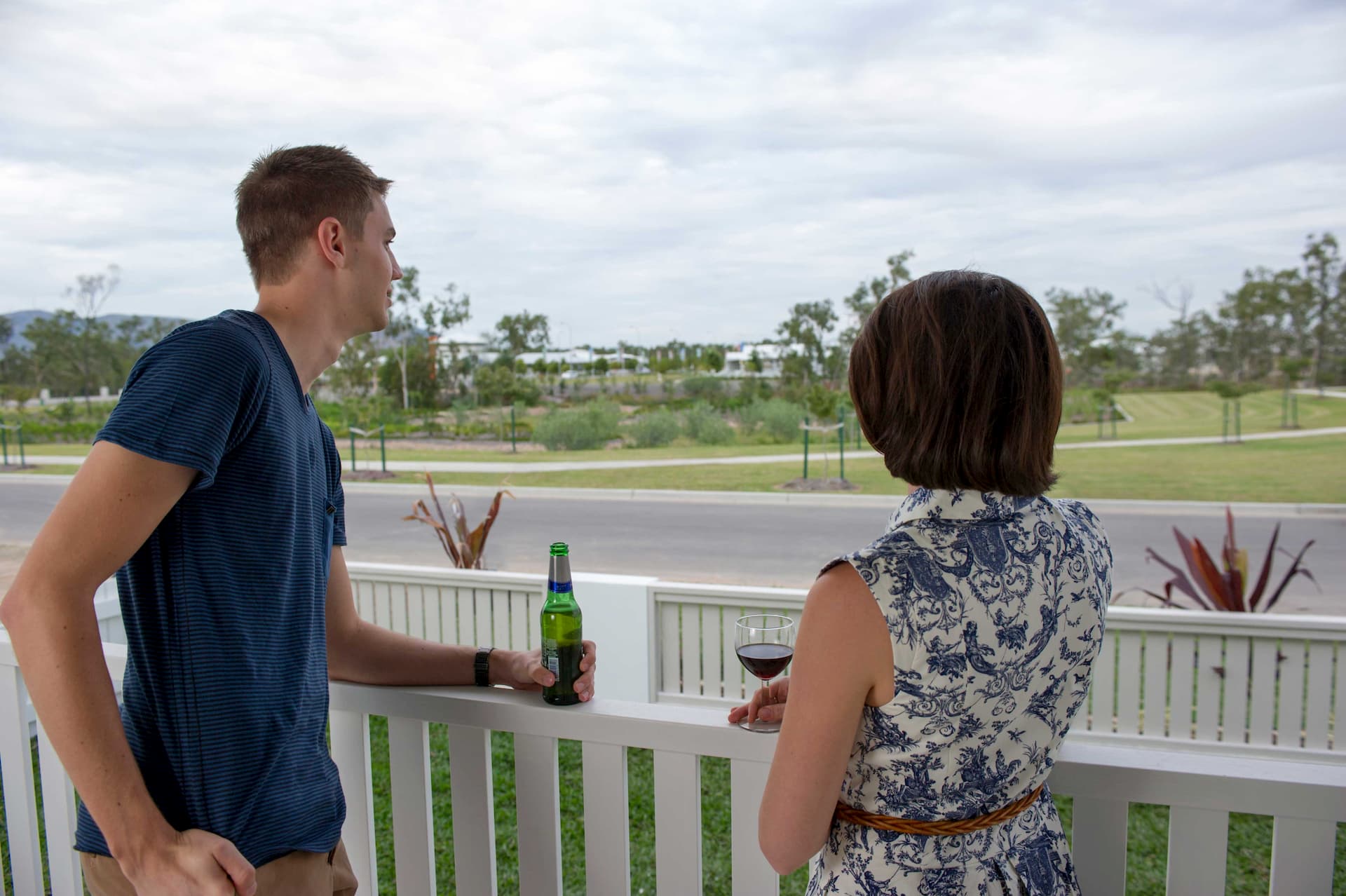 Ms Thompson said the verandah was also a crucial element in tropical architecture due to its passive cooling properties.

“While it has been widely acknowledged in previous studies that verandahs play an important role in climate responsive design in the tropics, and that verandahs are part of the vernacular architectural style of Townsville, developers tend to not promote this well to buyers.”

In addition, Ms Thompson said to truly reflect a climate responsive design, the shade-providing, breeze-capturing outdoor rooms may need to be bigger.

Residents overwhelmingly agreed that the verandah helped people interact, and allow ‘passive surveillance’ of their neighbourhood, which studies have suggested is vital to building a more social environment. They also said the front verandah encourages parents to let their children play outside, which is known to be beneficial for childhood development. 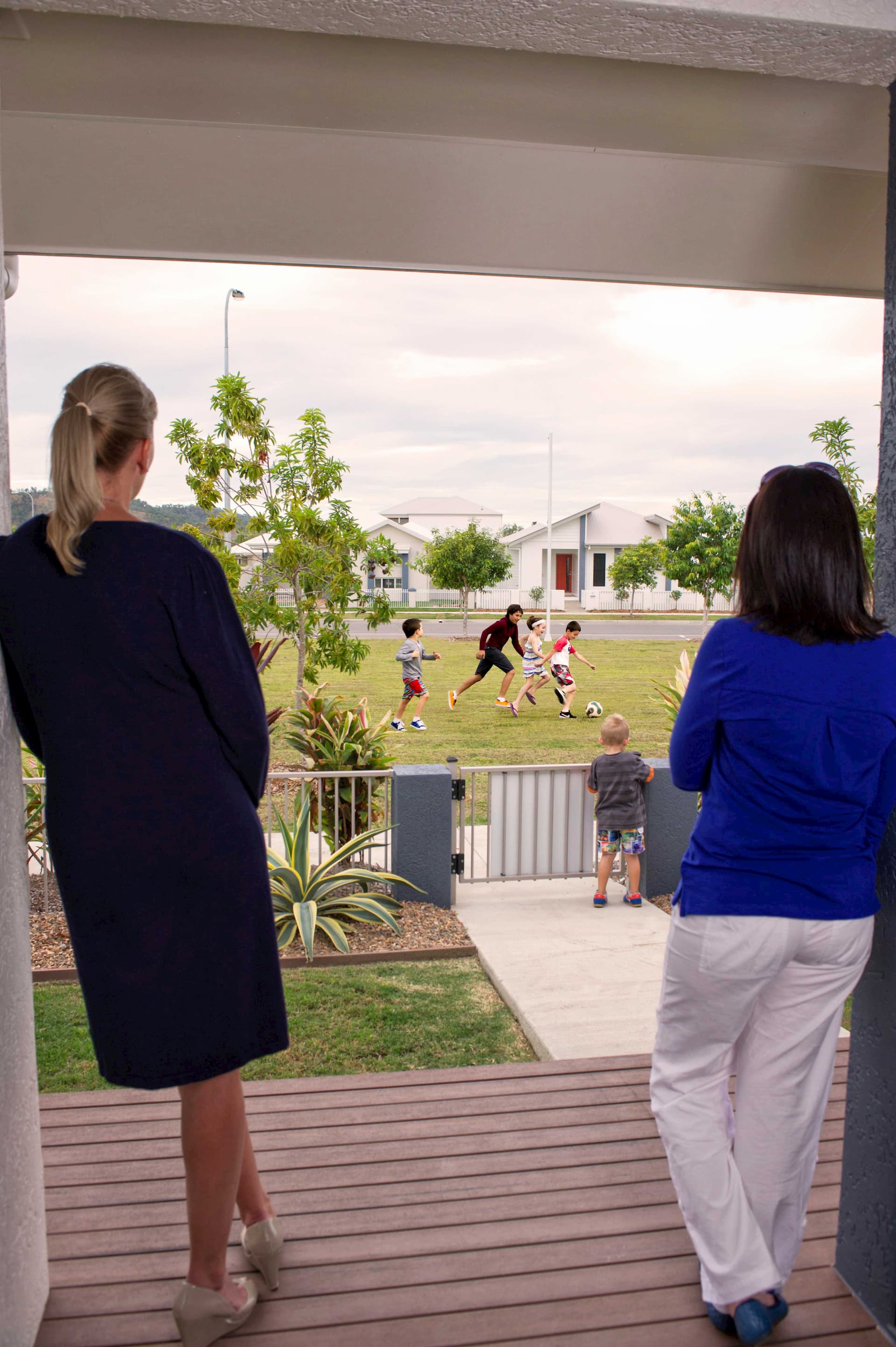 “Unfortunately while many of these advantages are underappreciated and not widely promoted, but they also come at a cost. The financial cost of approximately $5,000 to $8,000 per verandah is simply too much for some homebuyers who might prefer to maximise interior floor space,” she said.

“On a small lot, the front verandah can cut into the potential size of the interior of the house. When space is finite some people may prefer to forgo a verandah in favour of interior rooms.”

Despite the verandah’s advantages, they had been overlooked in most modern residential developments, she said.

“Despite all of the evidence that front verandas benefit residents and the broader community, the developers are turning away from requiring verandas in the next stage of Greater Ascot due to resistance from home buyers and a lack of demand in the market.”

Ms Thompson said to promote more dwellings to voluntarily include front verandahs, the Queensland Development Code could include open front verandahs as one of the many setback exemptions. This would mean that people could chose to add a front verandah to their dwelling without sacrificing indoor living space.

“My studies acknowledge the verandah’s importance and it is hoped that future enquiry and debate on the topic can expand our understanding of the verandahs role in tropical dwellings and encourage use,” she said.

“But it’s time that the front verandah made its comeback.”