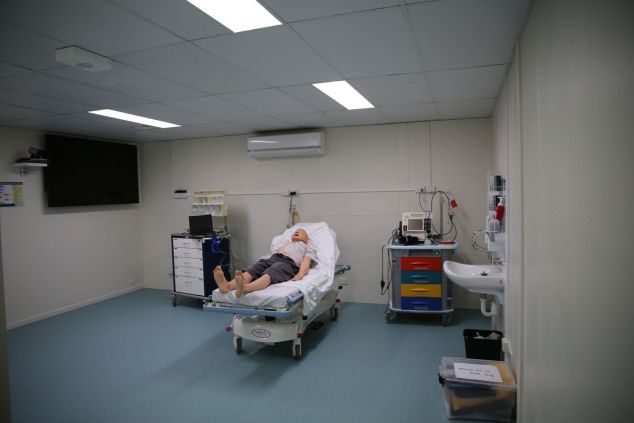 The simulation room at the new facility in Longreach

The facility on Longreach hospital campus is a collaboration between JCU’s Mount Isa Centre for Rural and Remote Health (MICRRH) and the Central West Hospital and Health Service.

MICRRH’s Director, Professor Sabina Knight, said the building has been fitted out with state of the art technology to enable audiovisual teleconferencing and remote training.

“It will be used by everyone from undergraduates to people going through our GP registrar program,” she said. “It means doctors, nurses and allied health workers won’t have to leave Longreach to get extra training – we’ll be bringing the trainers here - and that will mean a huge difference to the town.”

Professor Knight said the project reflected the Minister’s commitment and understanding of need. “It is also a great example of JCU partnering with the community and I’m delighted it’s happened,” she said.

Central West Hospital and Health Board Chair, Ed Warren said the new training centre would have significant benefits for all rural and remote areas of Queensland.

“The centre will expand our region’s capacity to host clinical students, including medical students, as well as support ongoing clinical training for our existing workforce,’’ he said.

Central West Health has donated both the relocated building and its site. The new facility is operational only nine months after receiving a $90,000 grant from the Commonwealth.

Fiona Nash, Minister for Rural Health, will be at the grand opening on Wednesday 9th of March from 4pm.