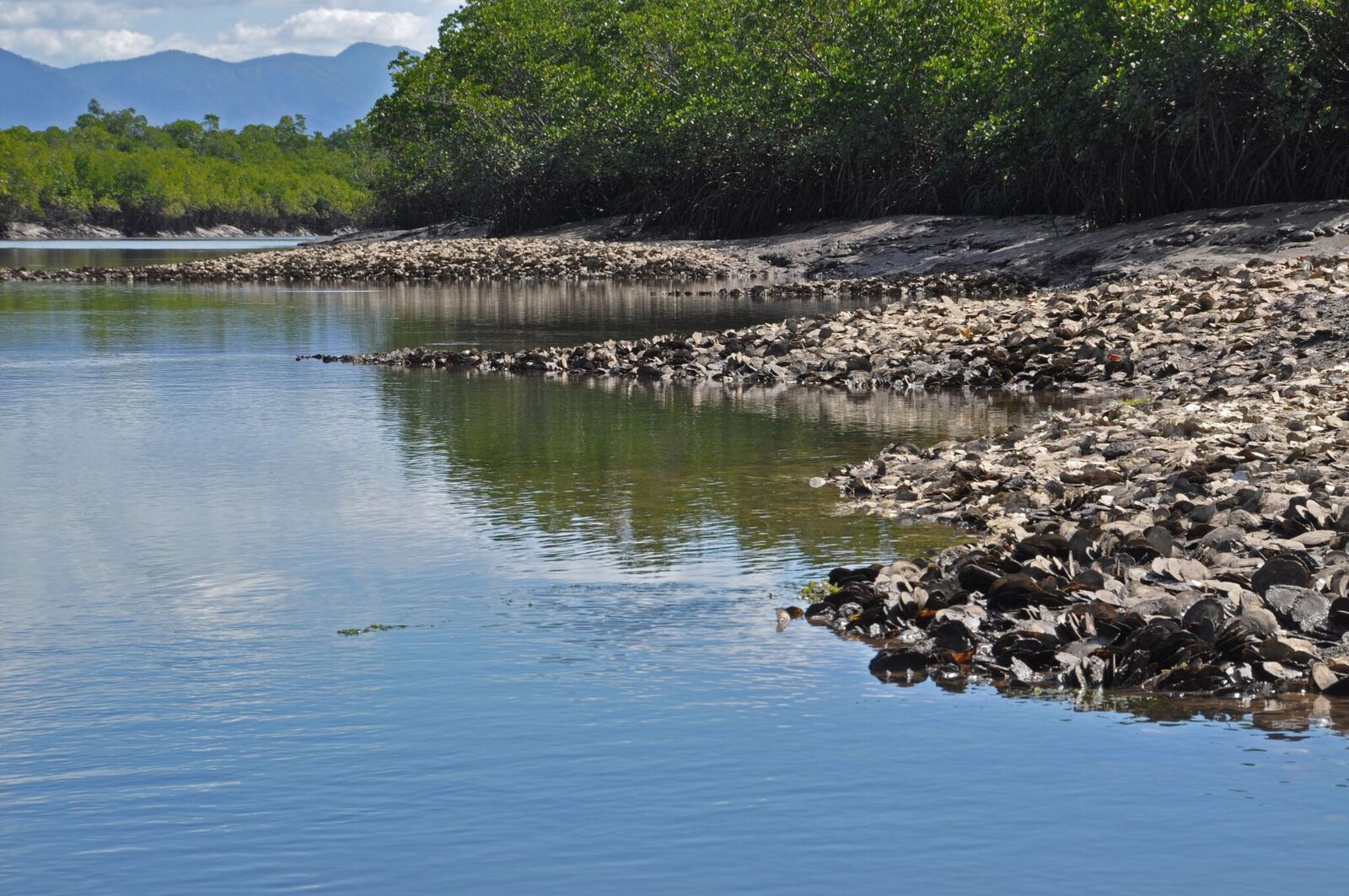 Australia once had extensive shellfish reefs across its coastlines, but they are now largely destroyed and James Cook University researchers have identified what needs to be done to repair and conserve them.

Shellfish reefs - formed by dense aggregations of oysters and mussels - were once an abundant habitat along Australian coasts.

Early maritime explorers such as Cook, Flinders and Vancouver regularly referred to extensive shellfish reefs, some stretching for kilometres along shallow bays.

From early European settlement of Australia, vast quantities of oysters and mussels were harvested for food and as a source of lime for mortar used in the early construction of roads and buildings.

The harvesting of oysters was one of Australia’s largest maritime industries in the 1800s and early 1900s.  Overfishing, pollution and disease have largely destroyed these reefs and the last major oyster fishery closed by 1960s.

Now it is estimated that less than one per cent of Australian shellfish reefs remain.

A collaborative study jointly led by James Cook University and The Nature Conservancy has worked with communities to develop a baseline understanding of historical and current shellfish reefs in order to guide future restoration efforts.

Their report Shellfish reef habitats: a synopsis to underpin the repair and conservation of Australia’s environmentally, socially and economically important bays and estuaries describes eight shellfish reef habitats formed by oysters, mussels and pearl oysters in Australia. Only two of the eight have been researched in any detail.

“It is important that we have information relevant to local conditions so we can make good decisions about locations for shellfish restoration in Australia,” Dr McLeod said.

Restoration of shellfish reefs has proved successful in the United States and Europe and restoration has begun in Australia in Victoria, Queensland, New South Wales, West Australia and South Australia with the promise of significant benefits.

“The landscape-scale restoration of coastal habitats like shellfish reefs presents a new way to improve the health and productivity of our coastal waterways. These reefs can filter huge quantities of water, produce large amounts of fish and harbour unique plant and animal communities and the restoration of shellfish reefs will provide future generations with clean water, more fish to catch and new recreational opportunities,” said Dr Chris Gillies from The Nature Conservancy, who helped lead the project and was the report’s lead author.

The study is part of the National Environmental Science Programme (NESP) Marine Biodiversity Hub, an Australian Government initiative that aims to improve the knowledge of key marine species and ecosystems to underpin their management and protection.

For photos and the report: https://goo.gl/QUU7hu

(Please use captions and photo credits in the filename)