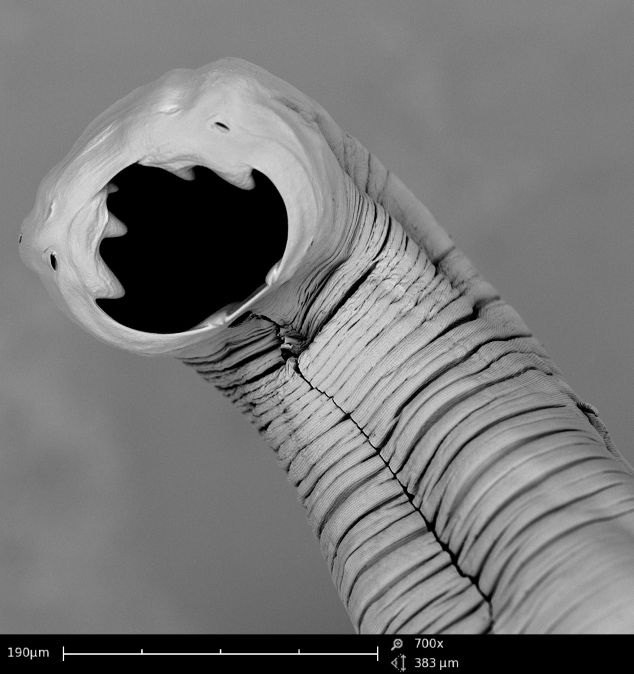 Asthmatics could breathe easier in the future with help from an unlikely quarter – parasitic hookworms.

Australian Institute of Tropical Health and Medicine (AITHM) researchers, at James Cook University (JCU) in Cairns, have identified a protein secreted by hookworms that suppresses asthma in mice.

In vitro tests on cells from people with asthma indicate the protein is also a promising candidate as a treatment for humans with allergies such as asthma.

This work builds on previous AITHM research into possible treatments for inflammatory bowel disease (IBD), including clinical trials that established experimental hookworm infection as an effective anti-inflammatory treatment for people with coeliac disease.

‘After our initial success with IBD, asthma was our next logical goal,’ JCU immunologist Dr Severine Navarro said.

‘Although IBD and asthma are very different conditions, what they have in common is a defect in the regulation of the immune system, which results in overwhelming inflammatory processes.

‘To survive and remain undetected in the human gut, parasitic worms regulate their human host’s immune response. We aim to use that to control the inappropriate inflammation that characterises autoimmune diseases and allergy,’ Dr Navarro said.

The asthma study, published today in Science Translational Medicine, tested a recombinant form of the protein on both mice and human cells. Mice treated with the worm protein showed an extensive suppression of inflammatory responses after exposure to an allergen.

The protein, AIP-2, was also tested in vitro on human cells - from people allergic to dust mites, a common asthma trigger.

‘Our previous work on inflammatory bowel disease established that hookworm proteins can change T cells from pro-inflammatory to anti-inflammatory,’ Dr Navarro said. ‘The good news is that this doesn’t just protect the gut, it also protects other organs, such as the airways, where asthma develops.’

Professor Alex Loukas, head of JCU’s Centre for Biodiscovery and Molecular Development of Therapeutics, said AIP-2 showed great promise as a potential treatment for allergies, which affect nearly a billion people worldwide, costing over $9 billion per year in Australia alone.

‘This study also represents an important step forward in our exploitation of the therapeutic potential of hookworm proteins,’ Professor Loukas said.

‘In our initial work on IBD we infected some very committed trial participants with actual hookworms. We have since established that the protective properties of hookworms lie in their oral secretions. More recently, we’ve isolated AIP-2, one of the most abundant proteins in that secretion mixture.

‘In the asthma study, we used a recombinant form of AIP-2, which is to say we’re now able to produce it in large quantities. We treated the mice with it by injection and also intranasally.

‘This is an exciting development for us, because it means we’re another step closer to being able to put a pill-based treatment into clinical trials, not just for asthma but also for other inflammatory and autoimmune diseases.’