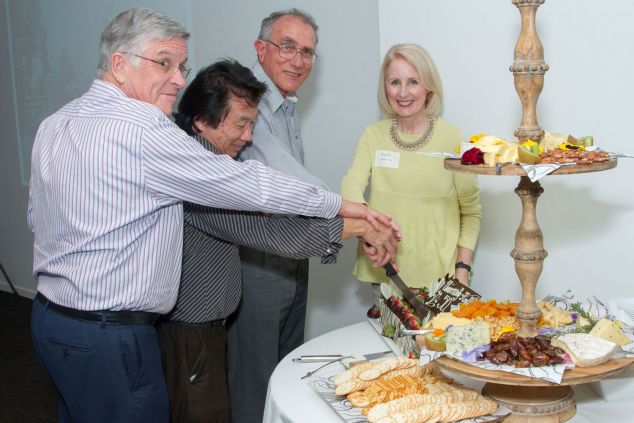 James Cook University’s residential college University Hall has marked half a century of providing a home away from home for students in Townsville.

Approximately 50 former residents, including some who travelled from interstate, reunited at the newly renovated ‘Uni Hall’ to meet with old friends and reminisce about the days and nights they spent living on campus.

The reunion event was initiated by John Lee, one of Uni Hall’s original residents from 1967 and president of the Uni Hall Student Association in 1968, who said that the experience of living at ‘the Halls’ had given everyone a shared background.

“People’s eyes just lit up when they saw folks from way back,” he said. “It was wonderful to see people you last saw at the start of your career, at a time when many of us are in transition from full-time work to something else.”

Mr Lee travelled from Lake Macquarie, NSW for the reunion and was one of around 20 residents from the Hall’s first few years to attend the event, which included tours of the campus and Uni Hall, and a celebratory dinner.

Attendees reminisced about the ways they made their own fun, including water-skiing off the Strand, judo matches in the dining room, and even riding a horse which had wandered onto campus.

“We made our own entertainment,” Mr Lee said. “It may have been known as the party hall but it still had good academic results.”

Construction of University Hall began in 1966 with the then Prime Minister Harold Holt laying the foundation stone. In 1967, University Hall welcomed its first residents. It underwent renovations in 2016/2017 and is currently home to 290 residents (Semester 2, 2017).