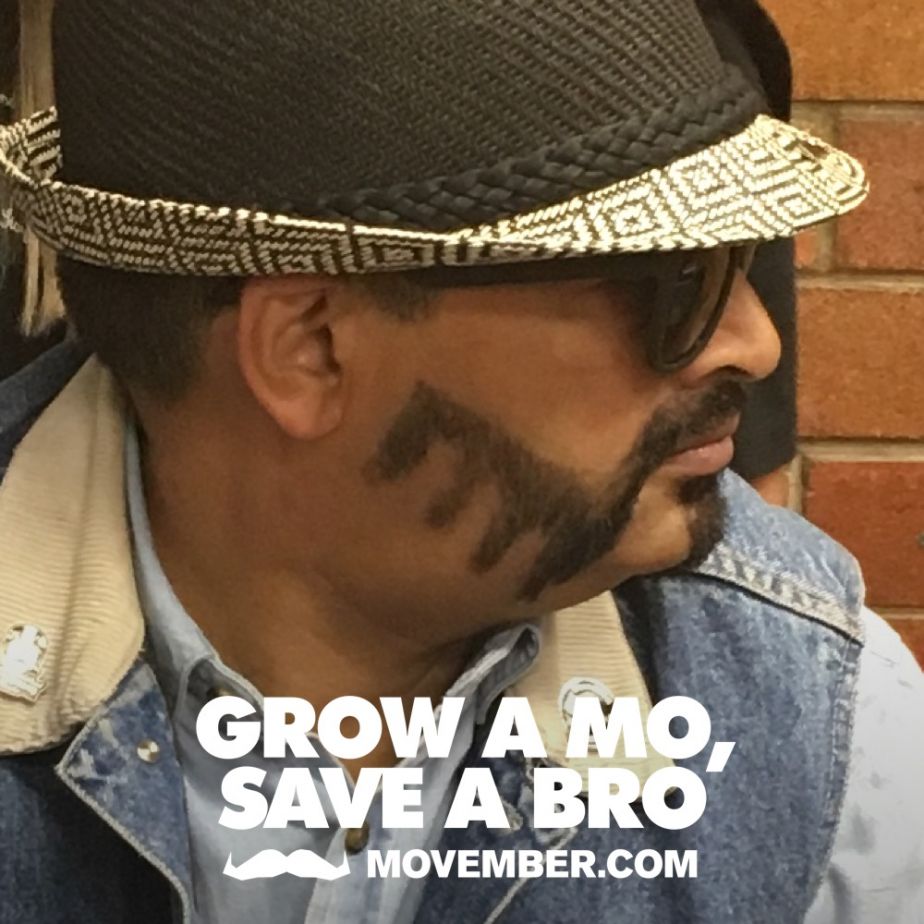 With his distinctive ‘Triple M’ themed moustache, it’s hard to miss Dr Sanjeev Bandi, but it’s not just a love of creative facial hair that drives his interesting look.

This year alone he’s raised more than $42,000 for the Movember foundation, which aims to raise awareness of men’s health.

“That is just phenomenal considering the size of the community we are in Mackay, if you think about the individual leader boards.  That’s just down right ridiculous, I shouldn’t even be on that page,” Dr Bandi said.

“It’s really amazing that I live in a place that most people in Australia wouldn’t even have heard of and here we are for the third year in a row!”

Dr Bandi first ditched the razor for Movember in 2008.  Ten mo’s in and he’s now raised more than $270,000 to promote men’s health. This is the third year in a row that he’s topped the Australian leaders’ board.

As a medical specialist Dr Bandi has seen firsthand what happens when men ignore their health. He believes the Movember campaign is having a very real impact.

“I joined Movember because I thought finally we’ve got something that looks at men’s health as a whole, it really hits home. And finally it has become something that we talk about.”

Dr Bandi also leads a hardy band of dedicated mo-growers through the MOV~ing Mackay Cricket Club.  The 30-strong group, all sporting mo’s of various shapes and sizes, has raised more than $78,000 this year.

“Over the years my team has been built up with patients.  Nearly every member of my team is a person who somehow or another has been affected by my Movember campaign and decided to join.”

In recognition of his efforts Dr Bandi was named a Movember Community Ambassador, an honour he feels belongs to the community that supports him.

“I am sort of the focus, I am the one who is doing it. But anyone can do it, but only if they have the backing of the community.”

Dr Bandi says he’s particularly drawn to the Movember campaign because funds raised are invested in local communities, to support programs focussing on the areas of prostate and testicular cancer, mental health and suicide prevention, and fitness and disease prevention.

And if growing the annual mo isn’t enough, Dr Bandi has also developed an app which allows players to use ‘Mo’s’ to defeat the ‘baddies’ of men’s health, with all money raised going to support Movember.

The Super Mo Bros app is available through Google Play and the App Store.  For more information about Movember see here.

Images of Dr Bandi, as well as his team, are available here.