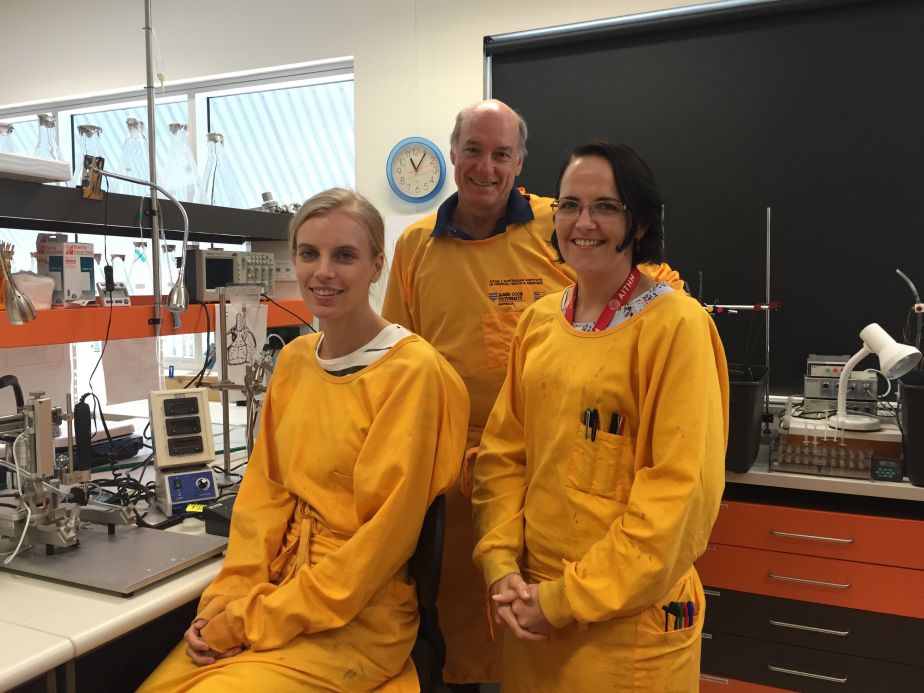 James Cook University researchers from the College of Medicine and Dentistry may have found a way to reduce trauma and prevent infections after Caesarean births.

Caesarean delivery rates are increasing worldwide and around a third of all mothers in Australia, USA and UK give birth surgically each year, but a C-section is not without risks.

Caesarean sections involve one or more incisions in a patient’s abdomen, known as a laparotomy, and are a common option for delivering babies.

But they have a raft of potential side-effects, including cutting the baby, post-surgery infection, fever, excessive blood loss or clotting, scar tissue formation and extended stays in hospital.

Dr Letson said a single laparotomy is a major injury.

“It can activate the brain's stress response from the multiple ‘damage’ signals sent out from the original incision,” she said.

The JCU research showed that a laparotomy causes inflammation and an early activation of the immune system, which can then spiral out of control.

Ms Davenport examined whether an Adenosine, Lidocaine and Magnesium (ALM) drip could reduce the trauma of surgery when used by itself in experimental models.

She discovered that adverse responses were reduced when the subject was infused with a small amount of the ALM drip.

“Low volume therapies may be important, because you want to avoid large fluid volumes that can shock the body a second time,” she said.

Professor Dobson said that precisely how tiny volumes of the ALM drip works is an active area of investigation in the Dobson Laboratory, but experiments have shown it protects against infection as well.

Dr Letson said the ALM therapy appears to be linked to improved brain control over whole body function at times of surgical stress. “It suppresses signals that activate immune cells and promote inflammation,” she said.

The work has applications to other major surgery and especially to rural and remote medicine. Professor Dobson said new frontline drugs are urgently required to make major surgery safer for the patient and more predictable for the surgeon, with the potential to reduce complications and massively reduce health care costs, and possibly reduce waiting times for elective surgery.

“The global surgical statistics are staggering. Of the 234 million major surgeries performed every year, every hour there are around 1000 deaths and 4000 major complications, and 50% may be preventable,” he said.

Ms Davenport has completed the study and is currently analysing the data and writing up a paper for a high profile surgical journal.

Her study parallels the Dobson Lab’s ongoing trauma work being supported by the US Military, and a new collaboration that started late 2016 with the National Institutes of Health in the United States.

The research team is also pursuing funding opportunities to investigate the use of ALM fluid as a potential treatment for post-partum haemorrhage. Of the 500,000 maternal deaths each year, approximately 25% are due to haemorrhage.