JCU alumni in running to be new Bondi Vet 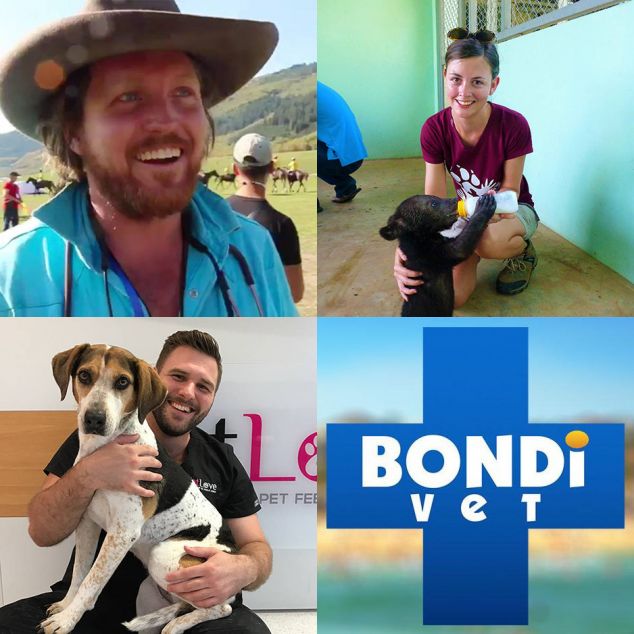 Three JCU alumni are in the running to become TV's newest veterinary star.

Three Bachelor of Veterinary Science graduates from James Cook University, Campbell Costello, Sheridan Lathe and Stuart Cunningham, are among the top 50 hopefuls vying to become the next Bondi Vet.

The creators of Bondi Vet, WFTN Entertainment, announced an Australia-wide search for the next star of the popular television show, asking members of the public to nominate and vote for their favourite vet.

The top 50 long list includes veterinarians from around Australia, including the three JCU alumni:

Dr Campbell Costello (class of 2010) is a veterinary agent for hire and has been involved in veterinary contracts around Australia and the world including the Iditarod in Alaska, the Mongol Derby in Mongolia and the World Nomad Games in Kyrgyzstan.

Dr Sheridan Lathe (class of 2011) travels around the world with her husband on their yacht, providing assistance to zoos, clinics and animal rescue groups to educate staff, treat animals and raise awareness about animal health in local communities.

Dr Stuart Cunningham (class of 2013) works at Vetlove in Brisbane where he says no two days are the same. The highlight of his job is getting to know his patients and watching them grow with their families.

Vote for them at Bondi Vet.