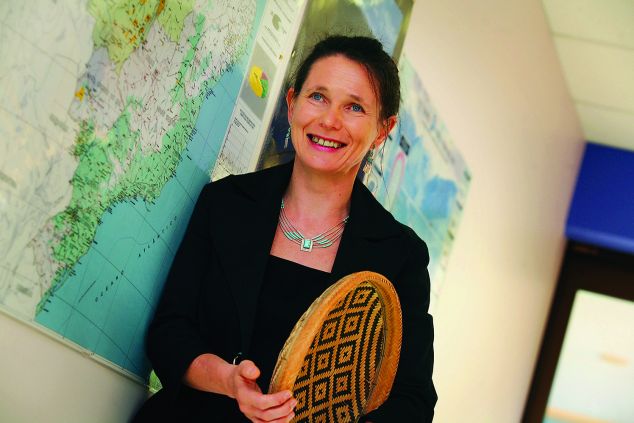 The Cambridge Handbook of Linguistic Typology, edited by Professor Alexandra Aikhenvald and Professor Bob Dixon examines both how languages differ, and what they all have in common.

“Working on the Handbook was a real pleasure for us, because it brings together such a wonderful collection of talented scholars from around the world,” Professor Aikhenvald said.

“It’s quite a technical book, but fundamentally those two aspects of language – what they have in common, and what sets them apart – reveal a great deal about humans in general and different cultures in particular.

“It’s also an important project because linguistic typology, which describes the structural and functional features of languages, is critical to the task of documenting those languages that are endangered. Even when a language is only spoken by handful of people, documenting it is crucial to the identity and well-being of a much wider group, and we all benefit from learning about the world as experienced through the lens of another language.”

The book includes a section profiling languages including those of the mainland South Asia area, Australia, Eskimo-Aleut, Iroquoian, the Awuyu-Ndumut family in West Papua. It also addresses the typological features of mixed languages, creole languages, sign languages and secret languages.

How Gender Shapes the World, by Professor Alexandra Aikhenvald, examines the multi-faceted notion of gender.

“The way gender is articulated shapes the world of individuals, and of the societies they live in, Professor Aikhenvald said.

“Gender has three faces: for linguists it’s a feature of many languages, in which nouns are divided into grammatical classes or genders (feminine, masculine, neuter, and so on). But it also refers to the division of living things into male and female, as well as the social implications and norms of being a man, or a woman, or perhaps another gender.

“Women and men may talk and behave differently, depending on conventions within the societies they live in, and their role in language maintenance can also vary.”

The book focuses on how gender in its many guises is reflected in human languages, how it features in myths and metaphors, and the role it plays in human cognition. Professor Aikhenvald gives examples from all over the world, with a special focus on her extensive fieldwork in Amazonia and Papua New Guinea.

The launch is part of the 2017 Open Book Series, in which researchers, students and community members are invited to share ideas from the latest book releases in arts, social sciences and education.

At the same event the Tropical languages and cultures documentation laboratory will be officially opened.

“This is a centre for language documentation and maintenance, designed to bring together linguists and community members in the tropical zone, where many languages are endangered,” Professor Aikhenvald said.

More that eighty per cent of the world’s languages are spoken in the tropical region, but many of the traditional languages are endangered – they are no longer spoken by younger people and are in imminent danger of extinction.

“We offer facilities for documenting the endangered languages of the tropics and their unique cultures, providing expertise developed in various parts of the world. We offer a range of services including workshops and production of documentation materials, opportunities for creating orthographies, reading and other materials, and developing web-based resources.”

The Laboratory will be opened by Flora Pondrilei, a JCU graduate who is a representative of the PNG community in Cairns and an activist for the preservation of languages in non-literate societies.