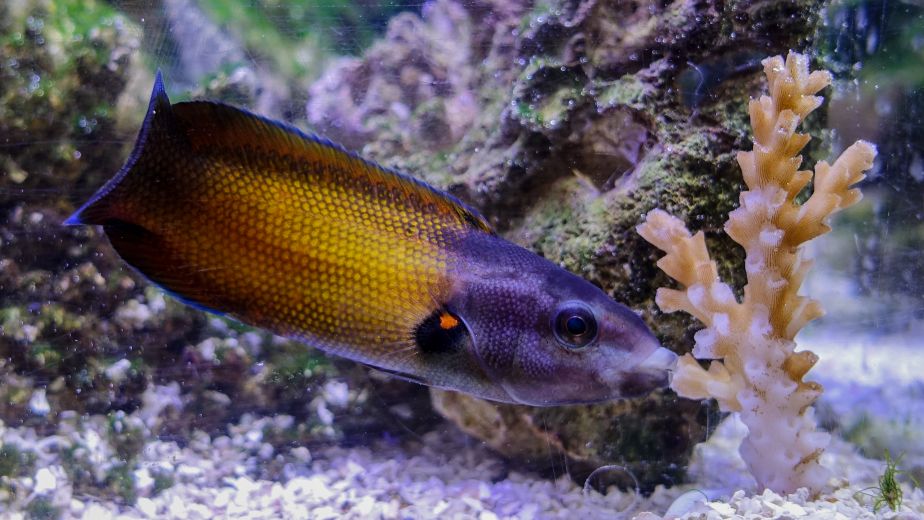 JCU’s Professor David Bellwood said that of the 6000 reef fish species, only 128 feed on coral, with tubelip wrasses having modified their mouths the most to meet this dietary challenge.

“Their lips have a specialised feature that secretes mucus. This may help the wrasse to reduce damage from the sharp coral and from the stinging nematocysts,” he said.

Lead author Víctor Huertas said the wrasses don’t so much eat the coral as suck on it, removing and eating the thin layer of mucus that coats it.

By analysing high-speed video, scientists discovered that the wrasse briefly placed their lips in contact with the coral prior to a powerful suck.

“The lips did not grab or hold coral material, rather they appeared to be used for sealing the mouth over a small localised area, presumably to increase suction-feeding efficiency,” said Mr Huertas.

The scientists said this feeding behaviour appears to be so effective that coral mucus may be the primary food source for tubelip wrasses.

“The highly modified lips of coral-feeding tubelip wrasses are fundamentally different from those of wrasses that don’t feed on coral and, to our knowledge, have not been reported previously. The structure of these lips strongly suggests that mucus secretion is the key factor that enables these fish to feed on corals,” said Mr Huertas.

Professor Bellwood said the process appears to be similar to that in play with anemone fishes, whose mucus-coated bodies protect them from the stinging nematocysts in the anemones tentacles.