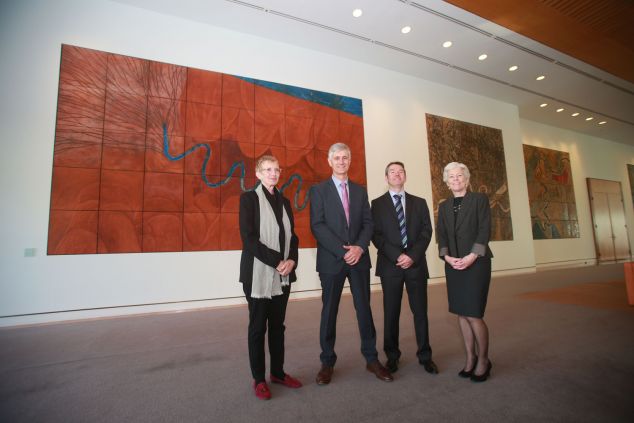 The Minister for Education and Training, Senator the Hon. Simon Birmingham, will officially launch the Australian Research Council (ARC) Centre of Excellence for Australian Biodiversity and Heritage (CABAH) at Parliament House this morning.

As a key partner in CABAH, James Cook University will contribute to this continental-scale project, investigating the events and processes that have shaped Australia’s unique biodiversity and Indigenous heritage.

“JCU’s high-level involvement in this new ARC Centre of Excellence underscores the significant impact of research and collaboration at the University across earth sciences, archaeology and our country’s Indigenous heritage,’ he said.

“This new Centre represents an unprecedented opportunity to understand the combined human and environmental trajectories which have shaped our continent. There are crucial lessons to be learnt from this research,” Professor Sean Ulm said.

“A better understanding of how people and landscapes have co-developed will allow us to implement more effective management strategies and will help us adapt to future environmental challenges.”

The Centre, which will run for 7 years from 2017, will bring together researchers from the earth and climate sciences, ecology and genetics – with scholars from the humanities and social sciences disciplines, such as archaeology, and Indigenous and museum studies.

Researchers in the Centre will combine novel insights from those diverse disciplines to reconstruct the past environments and human activities in Australia and the neighbouring regions to our north, some of which were joined by a land bridge for most of the last 130,000 years. Centre research has a particular focus on northern Australia and our near northern neighbours where there are many gaps in existing research.

CABAH will be headquartered at the University of Wollongong and Led by Distinguished Professor Richard (Bert) Roberts, an ARC Laureate Fellow and Director of UOW’s Centre for Archaeological Science.

“Australia boasts an array of fauna and flora that exists nowhere else on Earth,” Professor Roberts said.

“It has some of the world’s most ancient landscapes and deeply weathered and depleted soils, and is home to Indigenous peoples whose genetic and cultural history extends back many tens of millennia.

“But we still do not have answers to some of the most fundamental questions about this continent or its people, such as the timing and routes of their dispersal around the continent, the timing and extent of major changes in climate and fire regimes, or how landscapes, plants and animals responded to the altered conditions.”

CABAH is funded by a $33.75 million grant from the Australian Research Council, $11 million from participating universities, museums and other organisations and $1 million from the NSW Government.