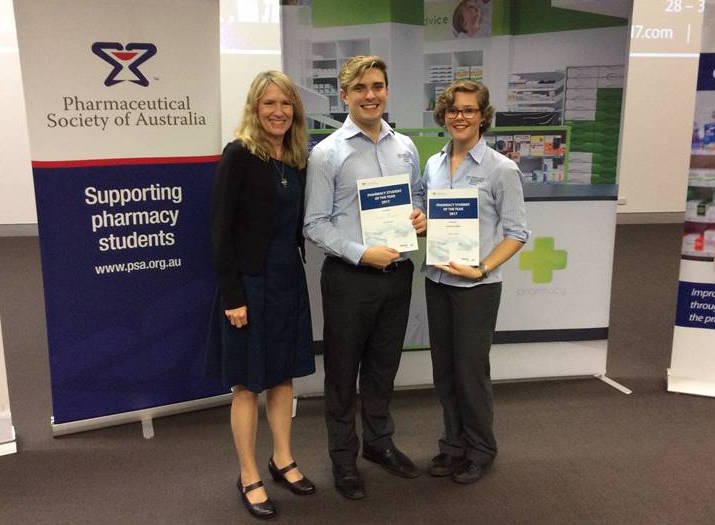 It’s the sixth time a JCU student has won the award in the competition’s 13-year history.

The competition, run by the Pharmaceutical Society of Australia, allows each university in the state to nominate two students to participate in the competition.

Students are required to perform a role play with a mock patient on a common, over-the-counter condition, and are not told what the scenario will be prior to the competition. Counselling skills and knowledge of the topic are considered in the judging of the competition.

James Buckley said he was well prepared for the competition.

“In JCU’s Pharmacy course we do a lot of counselling practise within our subjects, and we specifically have an over-the-counter counselling subject.

“In addition to this, we are also given a lot of opportunities to interact with practise patients, and have some of the highest number of placement hours out of any university in Australia.”

This year, students were presented with two patients/customers – the first had a case of scabies and the second requested a tablet to help her lose weight. Whilst competition was stiff, James handled both scenarios exceptionally well, and he was named the winner of the Queensland competition.

James will compete at the National PSA 2017 Conference in Sydney against students representing other states.

The event is being held on the 28th -31st of July, and James’ flights, accommodation and meals are paid for as part of the prize.

James Cook University students won the national prize in 2005 and 2010.

The Head of Pharmacy at JCU, Associate Professor Michelle Bellingan said James Buckley is an excellent student and the University is delighted that JCU has once more won the accolade.

“The JCU Pharmacy program places emphasis on over-the-counter management of common presentations that are within the scope of practice of a pharmacist.