Featured News Aboriginal settlement in Australia was no accident

Aboriginal settlement in Australia was no accident 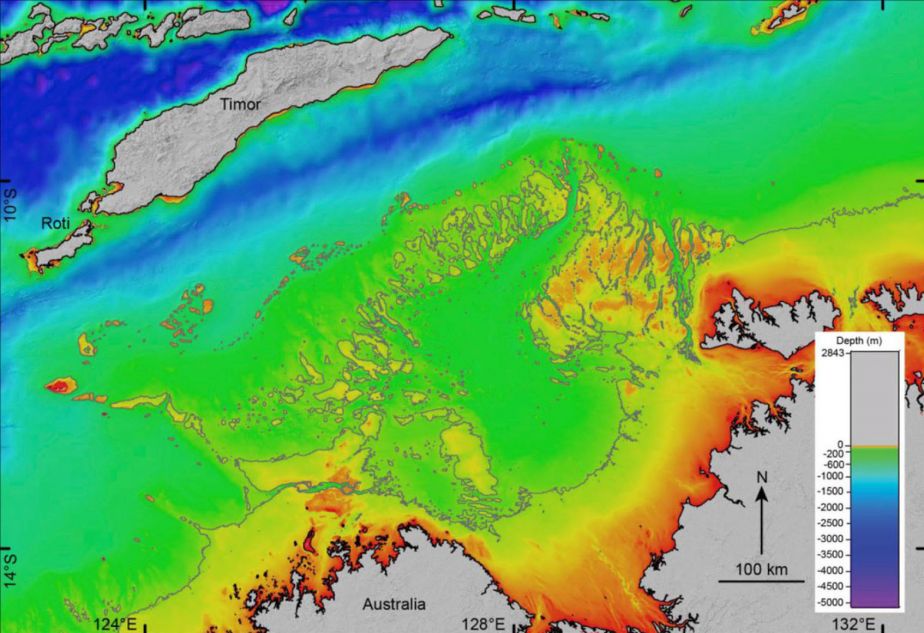 Northwest Australia showing a now submerged string of islands between Australia and Timor/Roti. The present coastline is shown as a black line. The coastline with sea level 75m lower than present is shown as a grey line.

James Cook University researchers working to solve the mystery of how Aboriginal people first reached Australia say the earliest people didn’t get here by accident, but made deliberate voyages to reach the new land.

Scientists have combined sophisticated deep sea mapping, voyage simulation techniques, and genetic information to show that the first arrivals were made by sizeable groups of people purposely voyaging between islands.

The new research, from a multidisciplinary team of experts at the Australian Research Council Centre of Excellence for Australian Biodiversity and Heritage (CABAH), which includes JCU researchers, shows the first people to arrive in this country are unlikely to have drifted by accident across the seas to the north of Australia.

Rather, they appear to have been skilled maritime people who deliberately targeted islands to reach our shores.

Using sophisticated modelling, similar to techniques used to search for the wreckage of missing Malaysian Airlines plane MH370, the research team simulated hundreds of voyages to track likely routes of vessels leaving three sites on the islands of Timor and Roti. They took many factors into account, including winds, ocean currents and paddling.

“Our results show that colonisation of Australia was no accident,” said lead researcher Professor Michael Bird of James Cook University. “The modelling shows that accidental drifting was unlikely to lead to successful crossings and that arrival on the now submerged northwest coast was the result of deliberate boat journeys.”

The study provides new evidence that the first Aboriginal people to colonise the continent before 50,000 years ago, did so via planned and coordinated marine voyaging.

Genetic results suggest that more than 100-200 people made the voyage to a string of more than 100 habitable but now submerged islands strung off the Kimberley coast of northwest Australia.

Professor Sean Ulm, Deputy Director of CABAH, said the research, published in the leading journal Quaternary Science Reviews, means we need to re-think the maritime capabilities of our human ancestors.

“Purposeful voyaging on this scale relied on advanced cognitive, linguistic, symbolic and technical capabilities,” he said. “It would have required construction of watercraft and well-developed navigation technology as well as planning and information sharing ahead of an open ocean voyage lasting up to a week.”

CABAH brings together expertise from diverse academic disciplines to answer fundamental questions about the natural and human history of our region, including how and when people first came to Australia.