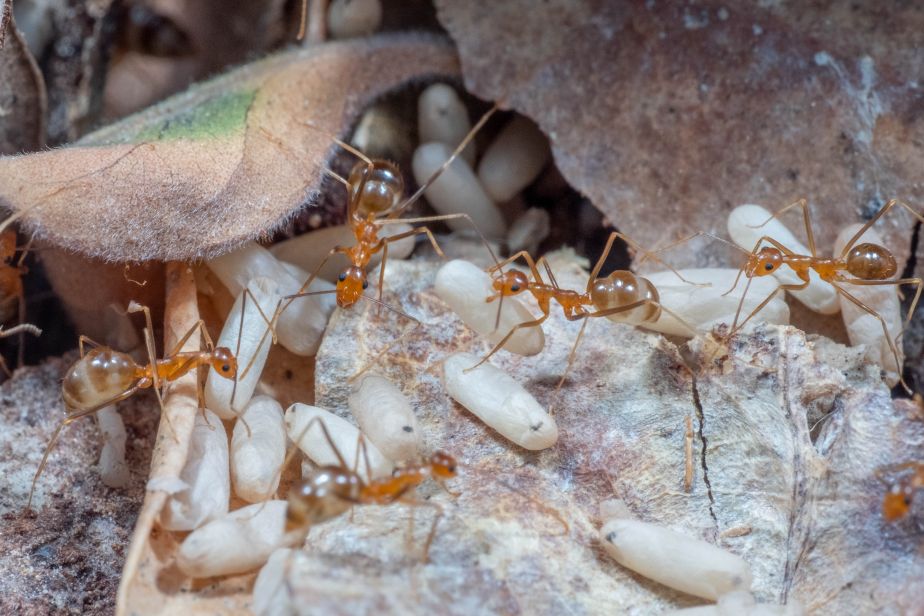 A team of James Cook University scientists is beginning work on cutting-edge ways to repel biosecurity invaders from Australia’s northern shores, including the use of pesticides triggered by light and automatic acoustic detection.

“Increasing trade and infrastructure development in the north will increase the threat of destructive species invading and spreading. The easier you make trade, the more invasive species you are likely to get,” she said.

Dr Lach recently organised a two-day workshop at JCU in Cairns that brought together top scientists to talk about biosecurity threats and responses.

“Addressing the impacts of invaders such as yellow crazy ants, cane toads, feral cats and myrtle rust is already a major challenge,” she said.

“New approaches will be helpful to keep out new pests and diseases that could add to the damage.”

“Among the many innovative chemistry solutions are techniques for the light-induced release of pesticides and repellents to ensure they are used when they are most effective, and pesticides that self-destruct, avoiding long-term chemical contamination of the environment,” he said.

“Compared to current chemical control measures, these novel techniques take advantage of the climatic conditions of northern Australia and are much more sustainable.”

A/Prof Oelgemoeller said the stability of current pesticides and bait products in tropical conditions, in particular intense UV light, must also be investigated.

The first day of the workshop was led by national environmental biosecurity expert, Invasive Species Council CEO, Andrew Cox. He said the recent establishment of the federal Environmental Biosecurity Office at the Department of Agriculture and Water Resources presents new research opportunities in this area.

“Scores of new plant and animal pests and diseases establish in the wild every year and high-tech research will help better secure our borders and protect the environment,” Mr Cox said.

The second day saw scientists from the Department of Agriculture and Water Resources explore projects for collaboration.

“There are many areas of work carried out by JCU that could benefit the biosecurity needs of northern Australia,” Dr Darren Peck, the Department of Agriculture and Water Resources’ Director of Animal and Plant Surveillance at Northern Australia Quarantine Strategy (NAQS) in Cairns, said.