Featured News Champion sprinter to stay in Townsville thanks to JCU

Champion sprinter to stay in Townsville thanks to JCU 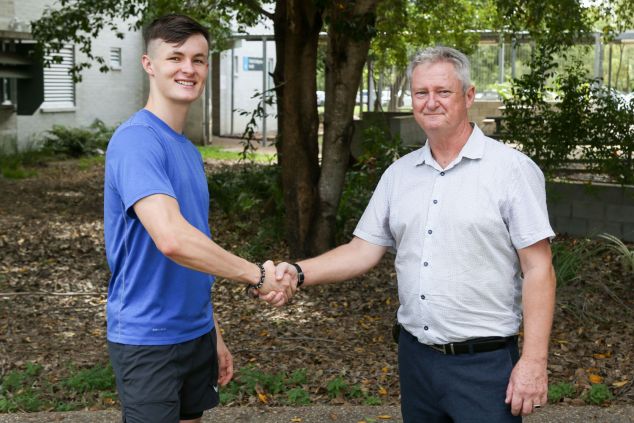 Townsville track star Jake Doran has turned down offers from prestigious universities in the USA to study locally at James Cook University.

Mr Doran holds the national and Oceanian Under 20 record for the 100m sprint. He finished the 2018 season as the second fastest junior in the world, and is on track to represent Australia at the 2020 Tokyo Olympic Games.

Despite being made offers by universities in the United States, Mr Doran has chosen to study a Bachelor of Business at JCU.

“Being a track and field athlete, I have been on the radar of American colleges eager for me to run in their colours,” he said. “These universities included the likes of UCLA, UC, Princeton and Stanford amongst others.

“I decided to study at James Cook because I love living in Townsville and I believe I am able to be much more independent and can make a positive impact in my own community.”

To assist with his studies, Mr Doran is the first recipient of the JCU Elite Athlete Scholarship, which awards up to $30,000 in financial support to elite athletes from northern Queensland.

Mr Doran says it was an honour to be the first person to receive the scholarship.

“The JCU Elite Athlete Scholarship means a lot to me – particularly being an original recipient is a great honour,” he said. “It will create a partnership between myself and JCU that will hopefully promote and build the sporting culture of the university.”

Acting Vice Chancellor Professor Chris Cocklin explained that the aim of the JCU Elite Athlete Scholarship is to retain talent in the north.

“JCU is making an investment in our local people by supporting elite athletes in our city,” he said. “By providing financial assistance, we are helping elite athletes from northern Queensland to complete a university education without compromising their sporting opportunities, or leaving the region.

“We are thrilled to offer this scholarship to Jake to assist with his academic and athletic future.”