Fussy fish can have their coral and eat it too 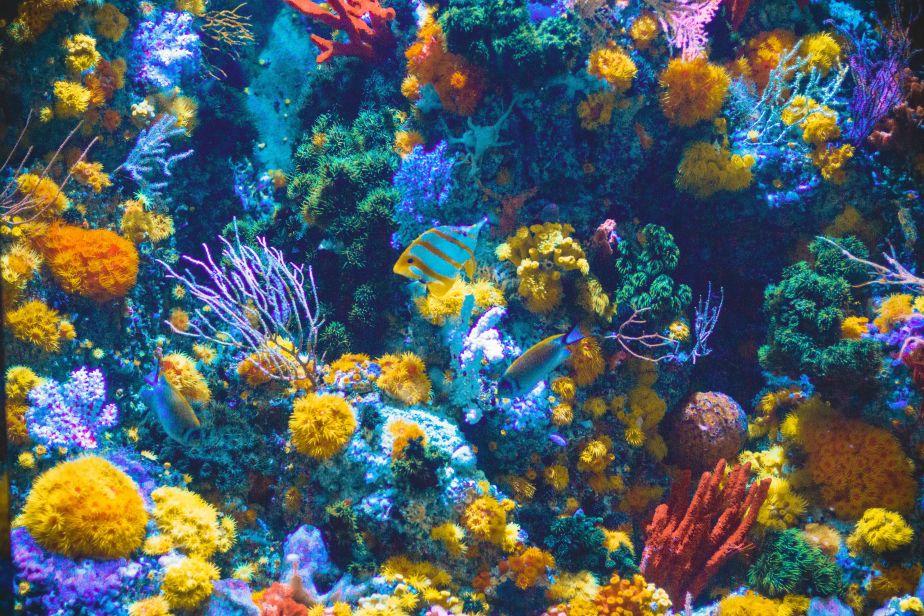 Being a fussy eater is a problem for reef fish that seek refuge from climate change on deeper reefs. But scientists discovered the coral that these fussy fish eat can support them.

The study was led by Dr Chancey MacDonald at the ARC Centre of Excellence for Coral Reef Studies (Coral CoE) at James Cook University (JCU).

Dr MacDonald said it’s increasingly difficult for species to deal with rapidly changing environments across the globe. He said while some species are likely to find refuges in marginal environments, survival may be difficult—especially if they’re fussy eaters.

“Some animals are likely to be pushed close to the borders of their environmental range, where living will be more difficult,” Dr MacDonald said.

“On coral reefs this could mean fish move to deeper waters, where you’d expect them to experience a reduced quantity and quality of their preferred foods,” he said.

“However, we found that fish who are fussy about the corals they feed on can continue to thrive in deeper reef waters if their coral prey engage in a less ‘precious’ approach to what they themselves eat.”

Although the corals some fish preferred to eat were sparse at depth, the team found the energy content of these corals remained constant, as they adapted their diet to rely less on sunlight and include more plankton.

Coral bleaching, large storms and other destructive events are increasing on tropical reefs.

“And the deeper coral habitats, which may act as a refuge for some reef fish species, have less light available,” Dr Bridge said.

“Corals mostly depend on light as an energy source to survive, which means there are fewer corals at depth.”

Fish that eat coral, such as the Triangle and Eight-Band Butterflyfish, can live on deeper reefs by either feeding more on their usual resource—or by adapting their diets.

The researchers found that while overall feeding rates did not change with depth, the Triangle Butterflyfish—a dietary specialist—fed more selectively on their preferred corals, which are sparser at greater depths than in shallow waters.

In contrast, the dietary flexibility of the Eight-band Butterflyfish increased with depth as the amount of different coral types changed.

“These observations were compared with lab investigations of light-related changes in the energy content of corals,” Dr MacDonald said.

“Surprisingly, the energy content of the corals that the Triangle Butterflyfish preferred to feed on did not decline with depth as expected,” he said.

“However, the pathways through which carbon passed from the corals to the fish did.”

“Our results suggest that the expected declines in the quality of deeper corals as prey for fish are buffered by increased plankton intake by the corals via their polyps,” co-author Prof Geoff Jones, also from Coral CoE at JCU, said.

“This means the corals adjust to the lack of light at depth, as they usually rely on energy from their internal photosynthetic zooxanthellae,” Prof Jones said.

Dr MacDonald said the increase in plankton uptake in deeper water was as much as 20%.

“This may be why we see healthy members of these fussy fish in both deep and shallow waters,” he said.

“Climate change and other disturbances have increasing impacts on the habitats and compositions of coral reefs.

“Our study shines a light on the importance of the versatile relationship between species as they seek refuge on the edges of their environmental range—even if one species is fussier than another.”

"Chaetodon baronessa" by PacificKlaus is licensed under CC BY-NC 2.0

"baroness butterflyfish Chaetodon baronessa" by Paul and Jill is licensed under CC BY 2.0