Featured News Cardinal fish caught sneaking a bit on the side

Cardinal fish caught sneaking a bit on the side 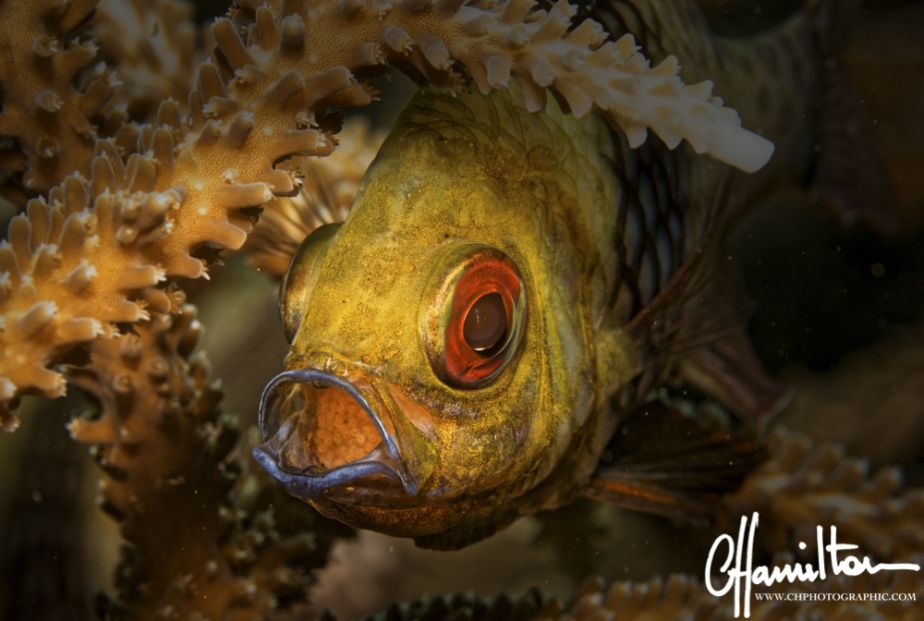 Scientists have revealed the torrid, adulterous love lives of the mouth-brooding cardinalfish, with cuckoldry going hand-in-hand with cannibalism of the young.

“This is a small and unassuming coral reef fish,” said Dr Theresa Rueger, who led the study while she was a student at the ARC Centre of Excellence for Coral Reef Studies at James Cook University.

The male fish of this species carries the eggs in his mouth until they are ready to hatch.

“The fish we followed in this study stayed close to each other in pairs for long periods of time, often years,” Dr Rueger said.

On the surface, everything seemed to be as expected, with the pairs of fish apparently monogamous and forming larger social groups.

“Looking at the babies they produced, we saw that most of them do exclusively breed with their own partner,” Dr Rueger said.

But on closer examination the researchers discovered some sneaky behaviour.

“When presented the chance, both males and females take the opportunity to mate with other individuals from outside the group.”

Dr Rueger and her team carefully observed and analysed populations of the mouth-brooding cardinalfish across two years in Papua New Guinea.

Of 105 broods analysed from 64 males, 30% were mothered by a female that was not the partner, about 11% of broods included eggs from two females, and more than 7% of broods were fertilised by two males. These findings are contrary to what the researchers expected to find.

As with most apparently monogamous species who invest time and energy rearing their young, these fish make sacrifices to ensure their babies survive. Paternal care, especially, is associated with a high degree of confidence in paternity.

“Staying faithful and caring for your offspring can be a winning evolutionary strategy,” added co-author Dr Hugo Harrison, also from the ARC Centre of Excellence for Coral Reef Studies at James Cook University.

“By caring for the brood, males increase the survival of their offspring but also allow their partner to allocate more energy into producing the next clutch,” Dr Harrison said.

“However, it seems that having a bit on the side might not hurt your evolutionary fitness.”

“The males can't feed during that time and their swimming ability is compromised, so brooding is very costly,” explained Dr Rueger.

“This means the females are in an advantageous position, because they can produce eggs quicker than the male can brood them—so they can go and give eggs to another male.”

“But the males can offset that advantage by eating some, or all, of the eggs. They can then accept eggs from another female.”

Dr Rueger said in some cases, males even fertilise the eggs that another male is brooding. This saves them the energy they would need to brood the eggs themselves.

“What this study shows is a complicated mating system, which is something we didn’t expect and could only find out by spending lots of time observing the fish and using genetic analysis to identify parentage,” Dr Rueger said.

“Clearly, social interactions don’t tell the whole story,” added Dr Harrison. “But our parentage tests reveal the complex nature of social groups in fishes and how promiscuity could upturn theories for how monogamy arose.”

Media may use the photographs here. All use of images must carry the attribution as stated.