Do you lift evenly, bro? 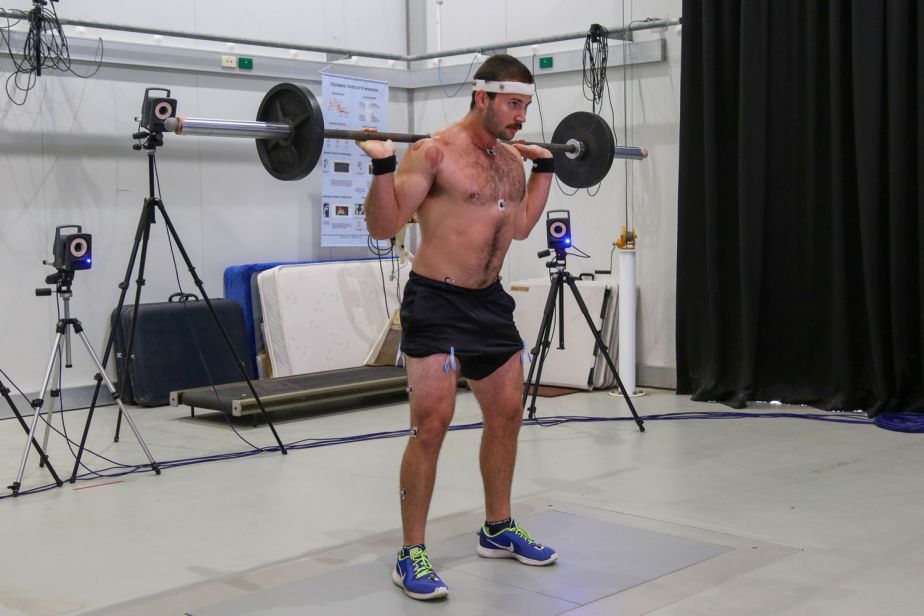 New research shows people who do barbell squats in the gym may have an increased risk of injury if they perform sets to failure. Photo: Bethany Keats, JCU

New research shows people who do barbell squats in the gym may have an increased risk of injury if they perform sets to failure, with even experienced lifters commonly showing poor technique as exhaustion approached.

Dr Sara Brice is a lecturer in biomechanics at James Cook University.

She led a team examining the practice of barbell back squats – a common strength building exercise where a weighted barbell is held on the shoulders behind the neck and the subject moves from a standing to a squatting position and back.

“Experienced bodybuilders often perform exercises to failure – the point where they cannot physically complete another repetition of the exercise. What we wanted to see is if, as that exhaustion point approaches, there are any changes in body movement that could be dangerous,” said Dr Brice.

A three-dimensional motion capture system that consists of infrared cameras and force plates was used to track volunteers’ body motion and measure forces between the foot and the ground.

The scientists looked at the movement of ankles, knees, hips, and the muscle activity responsible for stabilising these joints and the spine and pelvis (the lumbo-pelvis area) during the exercise.

Dr Brice said they found that experienced lifters performing multiple sets to failure had some changes in their body movement as exhaustion approached.

She said the biomechanical changes should be considered when prescribing back squat exercises to failure, particularly for individuals prone to hip injuries, or those returning from injuries.

Dr Brice said the study again emphasised that correct technique was vital throughout the full set of repetitions of any exercise and people should halt the exercise at the point they couldn’t maintain this – not merely at the point of exhaustion.

“It shows just how important it is for practitioners to understand and identify any compensatory movement patterns when performing resistance exercises,” she said.