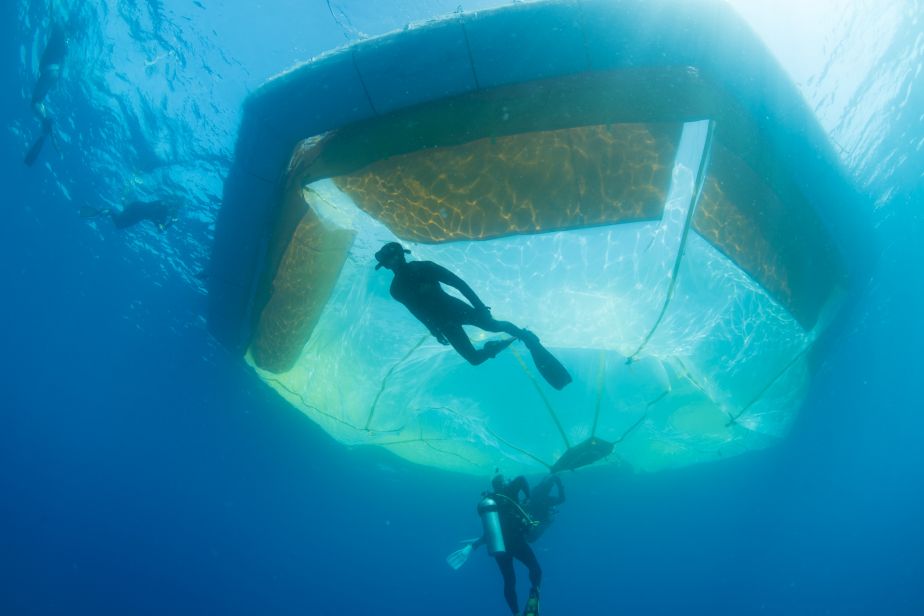 One of nature’s greatest spectacles, the annual mass coral spawning, will begin this weekend on the Great Barrier Reef giving rise to millions of next-generation coral babies.

Described as the world’s biggest orgasm, the annual mass coral spawning typically occurs on the Reef in the week following the November full moon. During this synchronised sex, coral polyps simultaneously release egg and sperm bundles into the ocean for fertilisation.

This year will see the largest collaboration of science, conservation and tourism working on projects aimed to mitigate the ever-growing impacts of climate change and help safeguard the Reef’s future.

One such project based at a floating laboratory at the Marine World pontoon, 45km off the coast of Cairns, aims to regenerate reef-building corals using millions of coral spawn from this weekend’s event.

Led by Southern Cross University (SCU) in partnership with scientists from James Cook University (JCU) and the University of Technology Sydney (UTS), the Larval Restoration Project will employ new technologies to restore coral populations and re-establish breeding corals on degraded reefs with funding from the State and Federal Government.

The project team will harvest coral sperm and eggs released during the spawning in a bid to grow new coral larvae, which will be resettled back on to heavily degraded sections of the northern Great Barrier Reef in the coming week.

“Working with a wide range of colleagues, we have been successful at restoring breeding populations on badly degraded reefs in the Philippines over the last seven years, and we are now applying new technologies to increase the scale and efficiency of the larval restoration process on the Great Barrier Reef,” Professor Harrison said.

This year Professor Harrison’s ground-breaking advancements will include the mass inoculation of coral larvae with their algal partners (known as symbionts) in the wild to boost their one-in-a-million chance of survival before being settled on affected reef areas.

Already tested in a laboratory, UTS Associate Professor David Suggett said this will be the first time the ‘turbo charging of baby corals’ will be trialled on a large scale and on the Reef.

“For the first time ever, these lab-reared symbionts will be added to rearer pools of larvae out on the Reef, which should greatly enhance survivorship of the larvae by giving them an extra energy source,” he said.

“Normally coral larvae do not encounter symbionts when swimming and must wait until they have settled on the Reef, but we found that if we boost availability of the symbionts earlier in the process the larvae will take them up – we are simply fast-tracking capacity for corals to start acquiring energy from their symbionts.”

Katie Chartrand, JCU Senior Research Officer, sought to bring this ambitious project and its science partners to Cairns where it could benefit from key linkages between tourism and other reef-based industries. Strong partnerships with local tourism operators Aroona Boat Charters and Reef Magic Cruises have been instrumental in enabling this logistical feat.

“We hope to make direct partnerships between science and tourism the norm rather than the exception,” Katie Chartrand said. “A​ collaborative approach is needed to give the Reef the best chance of thriving into the future.​”

But the team cautions its approach cannot by itself ‘save’ the Reef.

"What we're trying to do now is buy time for the coral populations that are still present on the Great Barrier Reef and other reefs around the world,” Professor Harrison said. “Climate action is the only way to ensure coral reefs can survive into the future.”

Andy Ridley, CEO of conservation organisation Citizens of the Great Barrier Reef, says the spawning is an important opportunity to highlight the efforts taking place on the ground.

“The power of these projects is seeing the best of science, conservation and tourism all working together to buy time for coral reefs while we strive to rapidly bring emissions down over the coming decades,” he said.

“These efforts show how economics and conservation are not at odds when it comes to protecting the Great Barrier Reef.”

Meanwhile, off the coast of Port Douglas the Coral Nurture Program is another example of science and tourism working together to protect high value reefs.

“By utilising existing tourism infrastructure, plus the knowledge, experience and skills of operators and their crew, interventions at tourism sites can be targeted to the exact needs of each location,” Dr Emma Camp said.

The successful trial is now being rolled out across four new tourism industry partners in Cairns. Tourism is playing an increasingly important role in the conservation of coral reefs globally, with tour operators uniquely placed to educate visitors of the threats and inspire action to protect them.

“We’re at a critical time in the Reef’s history,” Andy Ridley said. “The Reef must be more than a poster child for climate change, it must become the inspiration for us to change.”