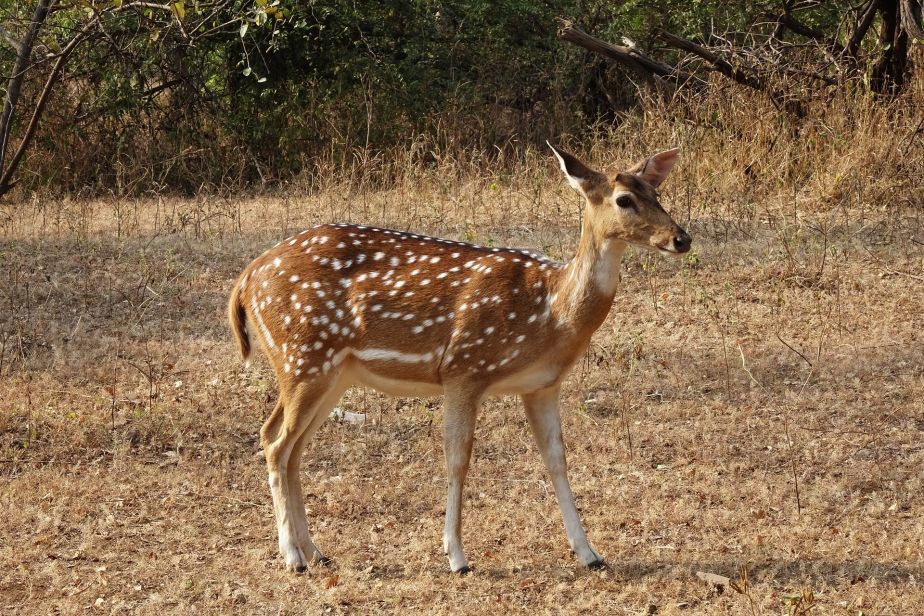 James Cook University researchers will research how and why an introduced species of deer has exploded in numbers in Queensland – information that will help keep the animals in check in the future.

JCU’s Dr Ben Hirsch, Prof Lin Schwarzkopf, and Assoc Prof Jan Strugnell have teamed up with scientists from the Queensland Department of Agriculture and Fisheries and the New South Wales Department of Primary Industries to conduct the five-year study, which is partially funded by a $400,000 Australian Research Council grant .

Chital Deer (Axis axis) were originally released at Queensland’s Maryvale Station, about 150 km northwest of Charters Towers, in 1886. The population remained small and localised for over 100 years, but over the past 20 years landholders have reported a marked increase in the numbers of deer that have spread well south of Charters Towers.

Dr Hirsch said the deer can damage agricultural crops and compete with cattle for food, particularly in the dry season.

“We don’t know exactly what is driving their population density and range expansion. We suspect it’s either natural population growth, changes in environmental conditions, or shifts in behaviour. If we can find out what is causing the expansion, then wildlife managers will be better placed to prevent their spread further,” he said.

The scientists plan to capture and fit more than 40 adult female deer with satellite GPS collars that will record their location every two hours. When new fawns are born, they will also be monitored to see if they survive. The team will also survey landholders, collect DNA samples, and deploy camera traps to understand the behaviour and local ecology of the deer.

“We’ll then analyse the data using new mathematical modelling techniques and be able to generate a new method for understanding population trends in chital deer and other introduced species,” he said.

Ultimately, the researchers will be able to make predictions about how and where the chital deer population will expand in the future, and how landholders, the Department of Agriculture and Fisheries, and others can better control the populations.