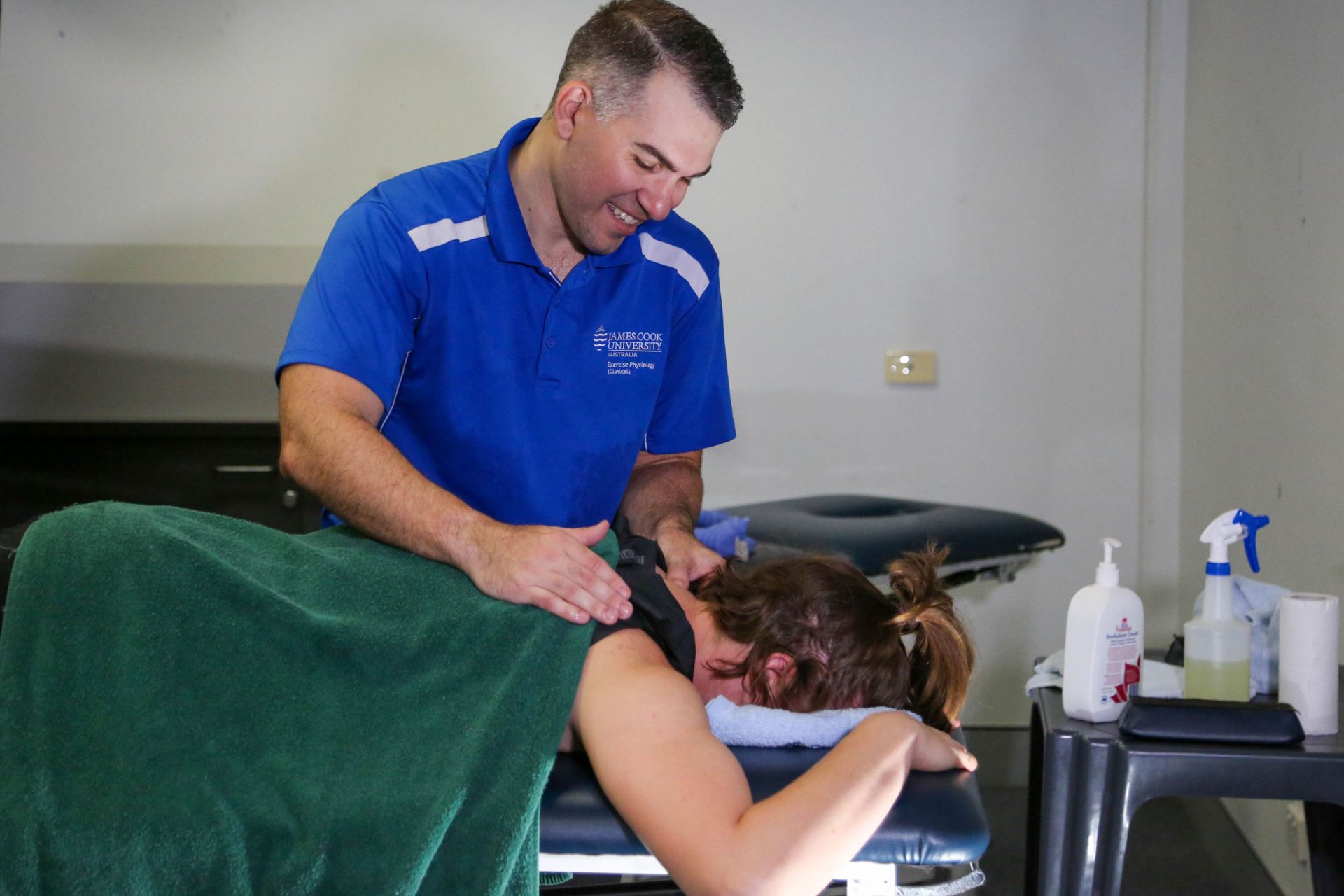 Fourteen James Cook University students have been getting the ultimate real-world experience working with elite basketballers as part of the JCU Recovery Hub established for the 2020 Chemist Warehouse WNBL season.

The students from Sport and Exercise Science and Physiotherapy have been providing recovery massages, compression units and self-massaging resources for teams and referees competing in Townsville throughout the entire six weeks of the 2020 WNBL season.

Associate Professor Anthony Leicht said the hub has been an amazing experience for the students.

“The hub has provided an invaluable opportunity for JCU students as they further their experience working with elite athletes,” he said. “This has included members of the Australian Senior National Women’s Basketball team, the Opals, as they work up to the 2021 Tokyo Olympics.”

Bachelor of Sport and Exercise Science student David Musumeci said he has enjoyed being part of the recovery hub.

“The recovery hub has been an extremely beneficial and rewarding opportunity where I have been able to interact with professional athletes allowing me to learn valuable skills that I will be able to use in my professional career,” he said.

JCU Townsville Fire General Manager Sam Pascoe said she believes that the work of JCU throughout the 2020 WNBL season has been above and beyond.

“We have such a wonderful partnership with JCU and as the naming rights partner to the Fire for the past 8 years, it was great that the hub season provided another way for the club and players to engage with students,” she said. “Their support has been magnificent, and we cannot thank them enough.”

Fire Legend Mia Murray said she thinks the recovery hub has been one of the greatest assets of the hub-style season.

“How JCU have set it up and everything the hub includes was beyond our expectations, it has been one of my favourite things to do this season,” she said.

The JCU Recovery Hub has also been an opportunity for the visiting WNBL players and referees to access individual recovery strategies to assist their condensed schedule during this Chemist Warehouse WNBL season, which, due to COVID-19, has been contested exclusively out of a North Queensland hub through the support of the Queensland Government.

Basketball Australia Head of Women in Basketball Lauren Jackson AO said it was great to be working with James Cool University Sport and Exercise Science and Physiotherapy teams while in Townsville.

“We can’t speak highly enough of the specialised recovery hub that James Cook University in Townsville has created to support the WNBL athletes and referees during the 2020 Chemist Warehouse WNBL season.

“Due to the condensed nature of the pandemic impacted season, the fixture is both physically and mentally demanding. Having access to such leading facilities has played an important role in the delivery of this season and the outstanding performances of the teams to date.

“On behalf of Basketball Australia, the clubs and our referees I would like to thank JCU for their commitment and expertise in devising and running this recovery hub, along with their support of the league.”

Prior to the season commencing, JCU students and staff were also involved in physical fitness testing of the fourteen WNBL referees in the hub as part of Basketball Australia’s preparation and ongoing development of elite referees. Researchers are also examining the health and wellbeing of referees during this condensed season to support future management of referee performance.