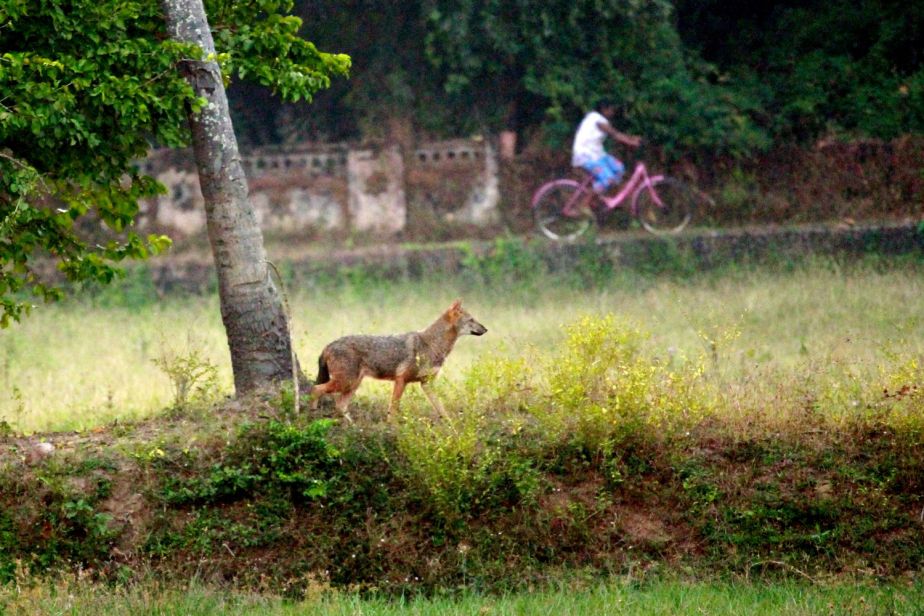 Jackals in India are poached for their body parts for use in superstitious practices. Photo: Malaika Chawla

A James Cook University scientist studying wild animal poaching hopes that discussion around how the coronavirus (SARS-COV-2) jumped from animals to humans will increase awareness of the illegal wildlife trade.

Malaika Chawla has been studying golden jackal conservation in India, and said there’s a lack of awareness of wildlife trade, particularly when it involves common species.

“Uncharismatic and common species are often overlooked and under-reported when it comes to public awareness of animal poaching and the illegal wildlife trade,” she said. “But just because they’re common or not cute doesn’t mean their trade is insignificant.”

Ms Chawla said the illegal wildlife trade has been brought into the spotlight as scientists try to uncover how SARS-COV-2, the virus that causes COVID-19, came to affect humans.

“Scientists believe that SARS-COV-2 originated in bats, which then spread to humans via an intermediate animal,” she said. “There has been speculation that this intermediate animal could be a pangolin, which is a heavily trafficked animal from Asia and Africa.

“I hope this discussion will make the general public more aware that the illegal wildlife trade is a global problem with global consequences, even if those consequences aren’t necessarily a pandemic.”

Ms Chawla said because of the low profile of jackal poaching, we don’t know enough about the consequences of the practice.

“This is the first study I’m aware of about jackal poaching in India and a lot more research is needed,” she said. “For example, we know the trade exists in India but we don’t know if there are hotspots or if they are traded across international borders.”

Jackals in India are poached for their body parts for use in superstitious practices.

“There are lots of videos appearing on YouTube endorsing the use of jackal body parts in black magic rituals,” Ms Chawla said. “People think it will ward off evil spirits or bring them good fortune.

“This is separate to traditional jackal hunting for food and skins.”

Ms Chawla said animals that are part of the “urban wildlife” scene have a very low profile when it comes to conservation.

“Jackals aren’t seen as problem animals – they’re just there - unlike tigers that have a relationship of conflict with humans. So, we focus on tigers but not on jackals, but that doesn’t mean that jackals aren’t important.”

Ms Chawla warns that Australia is not immune to focusing on charismatic animals over others.

“We saw this in Australia following the catastrophic bushfires,” she said. “There was an outpouring of local and international support for koalas, but little apparent concern from the general public for less cute and cuddly species such as frogs and lizards.”

Ms Chawla said she hopes this new focus on the illegal wildlife trade, brought about by COVID-19, will help draw attention to the plight of jackals and other less charismatic species.