Featured News When education runs in the family

When education runs in the family 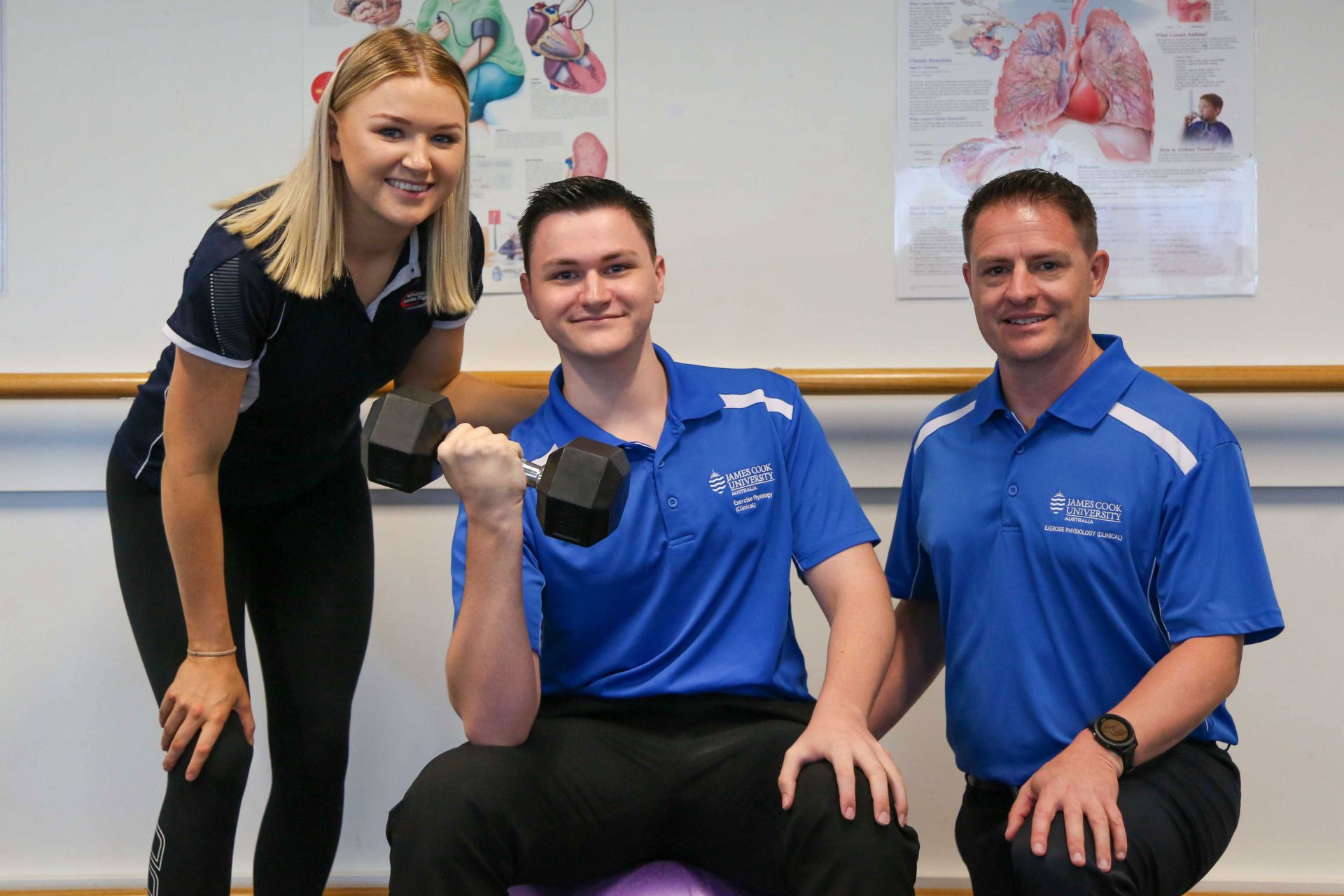 Alyssa, Conor and Shaun Whiley have all been studying a Bachelor of Exercise Physiology at JCU. Photo: Bethany Keats, JCU Media

Meet the Whiley family – where dad, daughter, and son have all been studying the same degree.

Shaun Whiley is currently in his final year of a Bachelor of Exercise Physiology at JCU, his son Conor is in his third year, and his daughter Alyssa graduated last year.

For Shaun, studying Exercise Physiology has been a life-long dream, but it’s a coincidence Alyssa and Conor studied it as well.

“I always wanted to study Exercise Physiology but it wasn’t an option when I finished school,” Shaun said. “I’m a refrigeration mechanic by trade and I worked hard to put myself in a position where I could return to study – and here I am!”

Conor said he wanted to pursue a career where he could work with sport, and seeing his sister and father go through their degrees convinced him to follow suit.

“I watched them go through first year so I got a chance to see the content and I thought it sounded pretty awesome,” he said. “The best part about being third in line is I have the other two to go to for advice.”

They agree that studying as a family is fun, but it can be difficult.

“I think the biggest challenge is that you want your own identity going through the degree but you also have similar patterns of thinking,” Shaun said.

It can also be challenging at exam time when they’re all studying for different subjects.

“You’ve got one in one bedroom, one in the other, one at the kitchen table, all bombarding each other with questions,” Shaun said. “You try to help where you can but you’re also trying to get your own stuff done.”

Even though they’re in different years, there have been a few times their subjects have crossed over.

“I did a maths subject with Alyssa and a statistics subject with Dad,” Conor said. “So, we actually got to study together and work on assignments together, which was good, but also difficult because it means you get home and you’re doing the same thing as you were at uni and there’s no escape.”

Shaun admits it could get a bit testing at times.

“I think you’re harder on each other than you would be if you were in a group of peers,” he said.

Although they have all studied the same degree, they have different plans for the future. Conor wants to work in talent identification for sport, Alyssa is working in private practice, and Shaun wants to move into cardiovascular research.