Featured News Funnel-web spiders: why they kill us, and other news

Funnel-web spiders: why they kill us, and other news 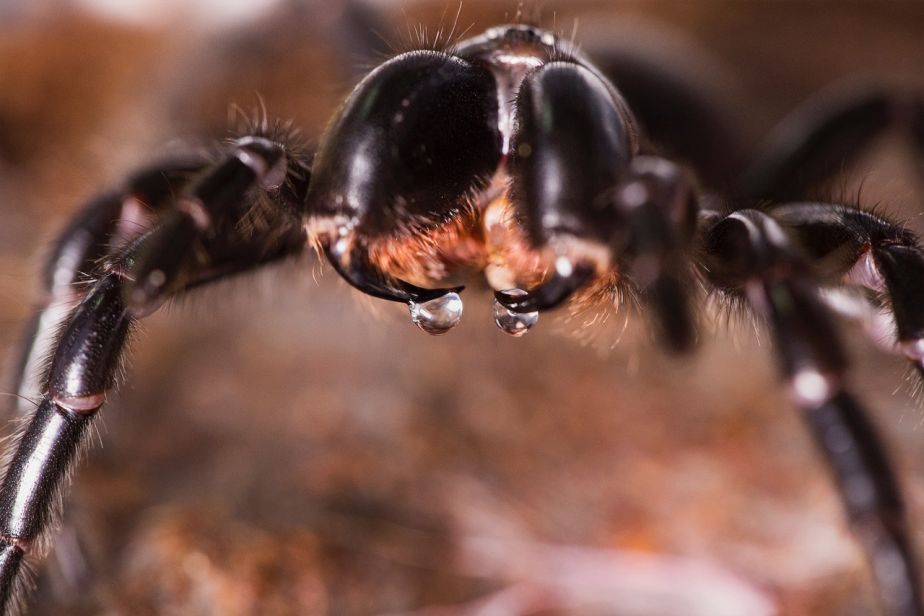 A bite from a male Australian funnel-web spider can kill you, but why do they bother?

This is just one question investigated by a network of spider scientists in research published this week.

“Despite their well-earned infamy, funnel-webs are not widely studied spiders,” said co-author Dr David Wilson, from James Cook University’s Australian Institute of Tropical Health and Medicine (AITHM).  “Of the 35 species that have been described, the lethal toxins from only four were previously known.”

Dr Wilson has been studying the spiders since the 1990s, when he studied the venom composition of several funnel-web species as part of his doctoral thesis.

The research published this week includes genetic sequencing of the lethal toxins from 10 funnel-web species (including those previously studied by Dr Wilson) and has uncovered 22 previously unknown toxins.

“Funnel-web venoms can cause disturbances in our respiration, blood pressure and heart rate, followed by severe hypotension,” Dr Wilson said. “Although we’ve had an effective antivenom since the 1980s, such powerful substances warrant attention.”

Genetic and evolutionary analysis in the study establishes that the spiders’ ability to kill humans predates our existence.

“We can see that these toxins have changed very little in the past 150 to 200 million years,” Dr Wilson said. “They evolved millions of years before humans and other primates existed as either prey or predators, so we can only conclude that it’s likely simply a coincidence these lethal toxins kill us.”

There is evidence that the toxins can kill or incapacitate insects, and cause pain in vertebrates. The researchers say the most likely sequence is that the lethal toxins’ original purpose was to kill insect prey, and that the male spiders subsequently found it a useful defence against predatory vertebrates such as birds, bandicoots and lizards.

“If you step on a male funnel-web, chances are you’ll trigger that defensive response and get bitten. Even with access to antivenom it’s not going to be fun,” Dr Wilson said. “But the good news is it’s nothing personal – it’s just an unfortunate evolutionary coincidence.”

Other findings detailed in the research include a Victorian species in which the females also produce venom, and an explanation of how funnel-web venom manages to cause us so much pain.

“Our nervous system includes a range of gated sodium channels which have three states: resting, active and inactive.  These venoms prevent the channel from switching to inactive. They stop the gate from closing – hence the ongoing pain and other effects,” Dr Wilson said. “The findings in this part of the research, which identified the particular subtypes of sodium channel that lethal funnel-web toxins target, are consistent with the venom having a defensive role.”

Understanding how the toxins achieve such a powerful effect on humans could help improve antivenom design, if needed.

Dr Wilson and his AITHM colleagues have an ongoing interest in the positive aspects of funnel-web venom.

The research is published in PNAS: Proceedings of the National Academy of Sciences of the United States of America.