Featured News In search of a cure: new findings on cell behaviour

In search of a cure: new findings on cell behaviour 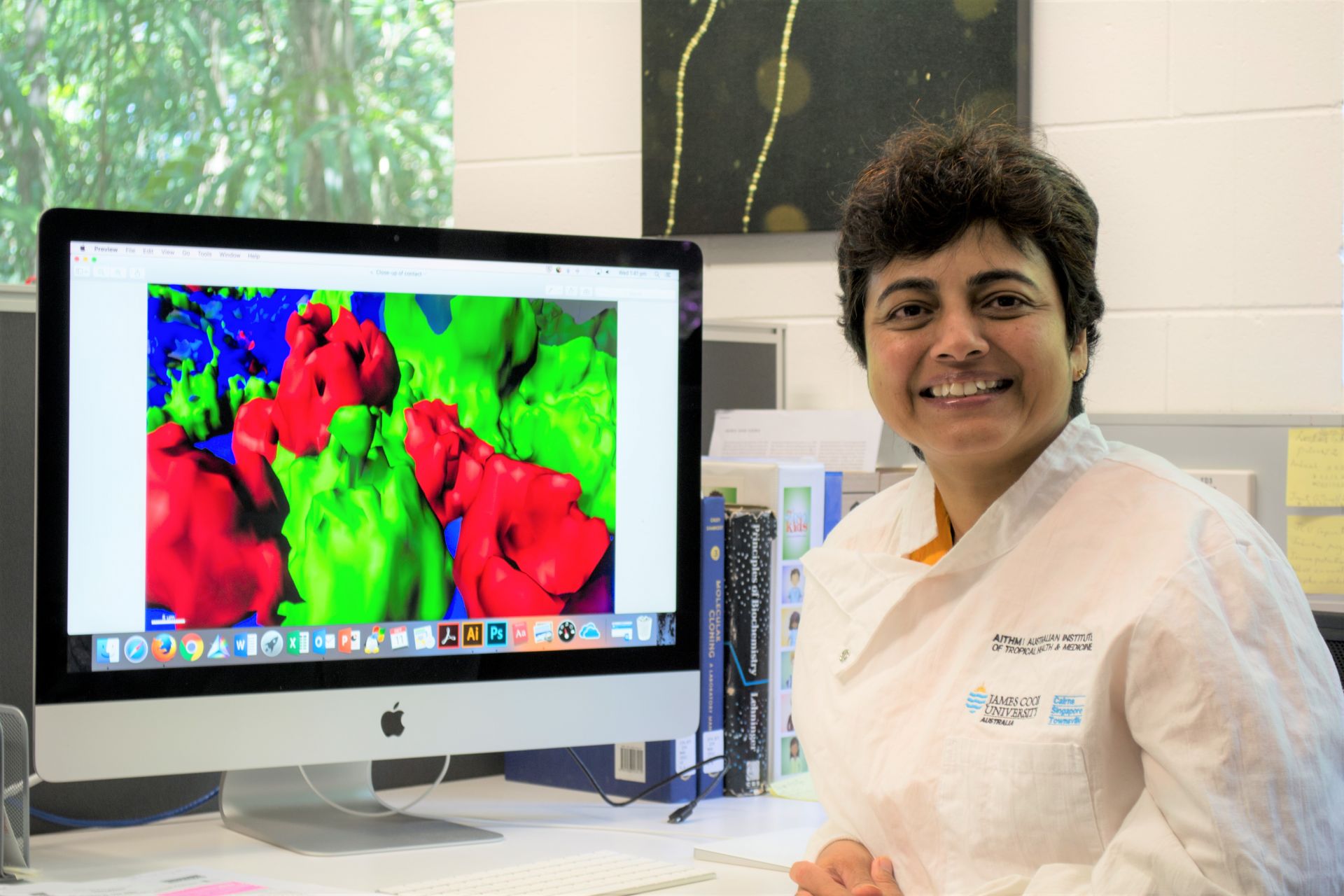 New findings into how the body’s immune cells communicate with each other could change the way researchers look at diseases such as malaria, multiple sclerosis and Alzheimer’s.

A team of Australian and US immunologists have broken ground with new knowledge into how cells communicate across the brain’s protective blood-brain barrier.

The researchers developed a high-tech laser microscopy imaging model, which has given them a rare peek inside blood vessels to watch immune cell behaviour in real-time.

Immunologist Dr Saparna Pai from James Cook University’s Australian Institute of Tropical Health and Medicine said what they found could change the current understanding of what happens in patients with deadly diseases such as malaria.

Malaria is a life-threatening disease transmitted through infected female Anopheles mosquitoes, with nearly 3 million cases and around 500,000 deaths worldwide each year.

“There has been a gap in our knowledge of how immune cells promote diseases of the nervous system such as cerebral malaria,” Dr Pai said.

“What we saw was a group of immune cells called ‘T cells’, driving inflammation in the brain and we found they don’t act alone, they need a licence to kill,” Dr Pai said.

“We now know they are guided by another specialised cell known as perivascular macrophages (PVM), which we saw guiding the T cells across the blood vessel, through the blood brain barrier, into the brain.”

“We discovered these specialised immune cells known as PVM, which line the outer wall of blood vessels, may actively communicate with circulating T cells, leading to inflammation of the brain and death, during cerebral malaria.”

Recently, researchers in the US found T Cells also get stuck to the endothelium membrane and were able to find their way into the brain.

Existing medical understanding is that this membrane lining the blood vessel is what attracts and assists the T Cells to cross the blood brain barrier.

But this new research shows that PVM play an important role.

“Several studies have demonstrated the indispensable role of these T cells in the development of cerebral malaria, but their precise activities within the brain that contribute to neurological disease were only recently documented by our group,” Dr Pai said.

“PVM cells communicating with T cells across the blood-brain barrier is a highly innovative concept that has not been previously identified”.

University of Sydney Professor of Vascular Immunology and Pathology Georges Grau, established the experimental malaria model used in this experiment, which allows researchers to study how the disease develops.

"This model reproduces numerous aspects of the human disease, so we hope our findings will be useful to patients with cerebral malaria," said Professor Grau of the School of Medical Sciences, Faculty of Medicine and Health.

“If these findings are validated, they may provide a new therapeutic target for the treatment of several diseases in which PVM play a crucial role in disease progression.”

These diseases include multiple sclerosis where the T cells cross the blood brain barrier and find their way into the second layer of brain tissue, and may also have implications for the prevention and treatment of diseases such as Alzheimer’s and viral encephalitis.

Read more about this research in the Australian and New Zealand Society for Immunology here.