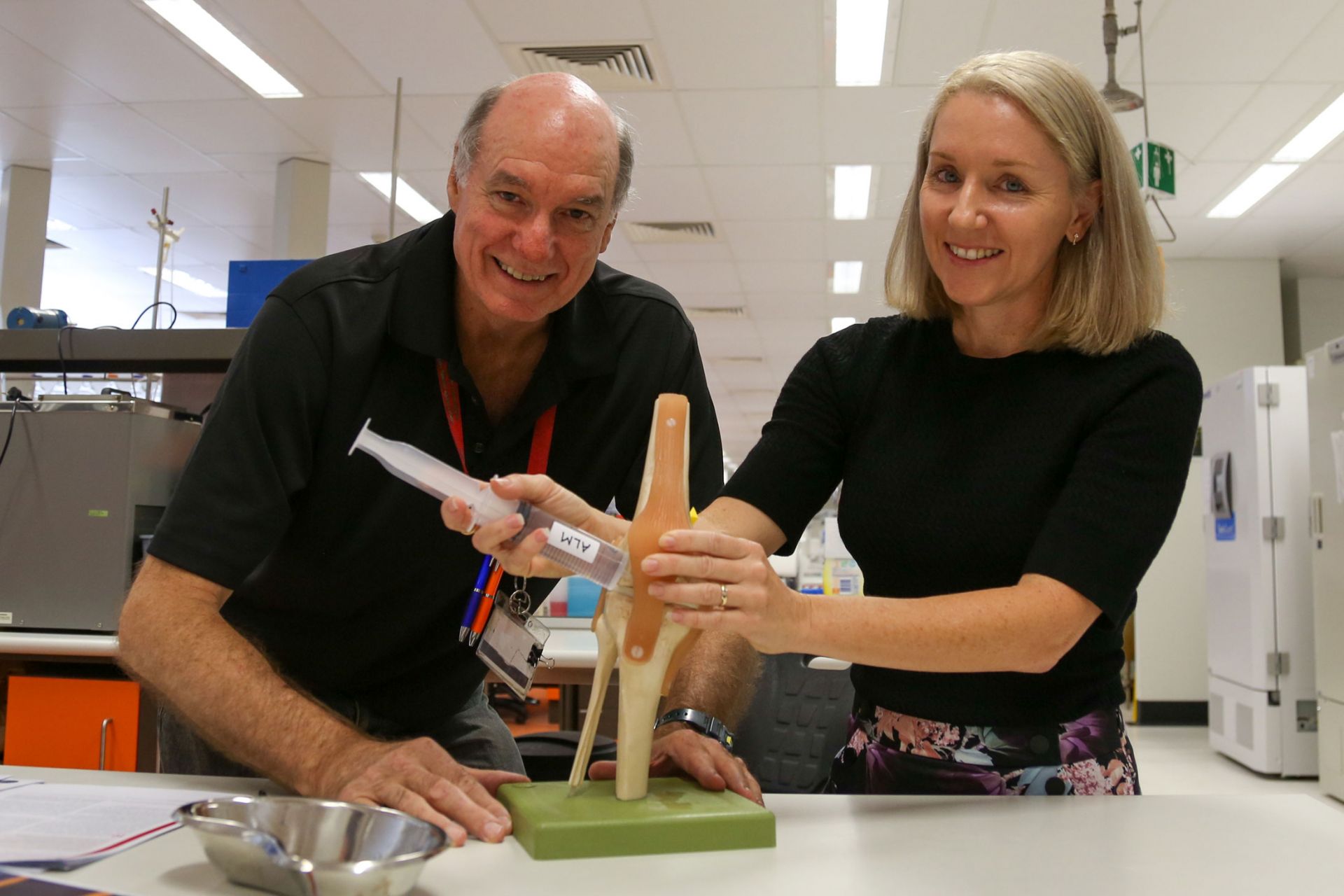 JCU scientists have been awarded a US Department of Defense contract to develop a new drug therapy for anterior cruciate ligament (ACL) tear or rupture, that could also help sportspeople recover from severe knee injuries.

Professor Geoffrey Dobson, Drs Jodie Morris, Hayley Letson and Erik Biros, and Townsville surgeon and co-director of the Orthopaedic Research Institute of Queensland, Dr Peter McEwen were awarded the contract, which is worth $1.1M.

Prof Dobson said the armed forces have a high prevalence of knee injuries from the rigors of training, carrying heavy equipment for long periods of time, enemy engagement, and multiple combat deployments, especially in the Special Operations forces.

“ACL tear or rupture is ten times more common among military personnel than in the civilian population,” he said. “Up to 50% of service members continue to have activity limitations or are unable to return to active duty.

“Our goal is to get these military personnel back to work earlier.”

Prof Dobson said the research will also be relevant to ACL ruptures relating to sports such as netball, rugby, soccer, basketball and football, and is particularly important with an increasing number of women participating in these sports.

“Women are up to 8 times more susceptible to ACL rupture than men,” he said.  “We will also be investigating if the underlying mechanisms of healing are different between males and females.

“We hope the drug will lead to a more permissive inflammatory, neural and fibrotic remodeling environment that protects the whole knee joint during and following the reconstruction,” she said.

The incidence of ACL reconstructions in Australia is among the highest in the world and is increasing, particularly among 5 to 14-year-old children.

“This is an exciting project with enormous clinical significance,” said Dr McEwen.