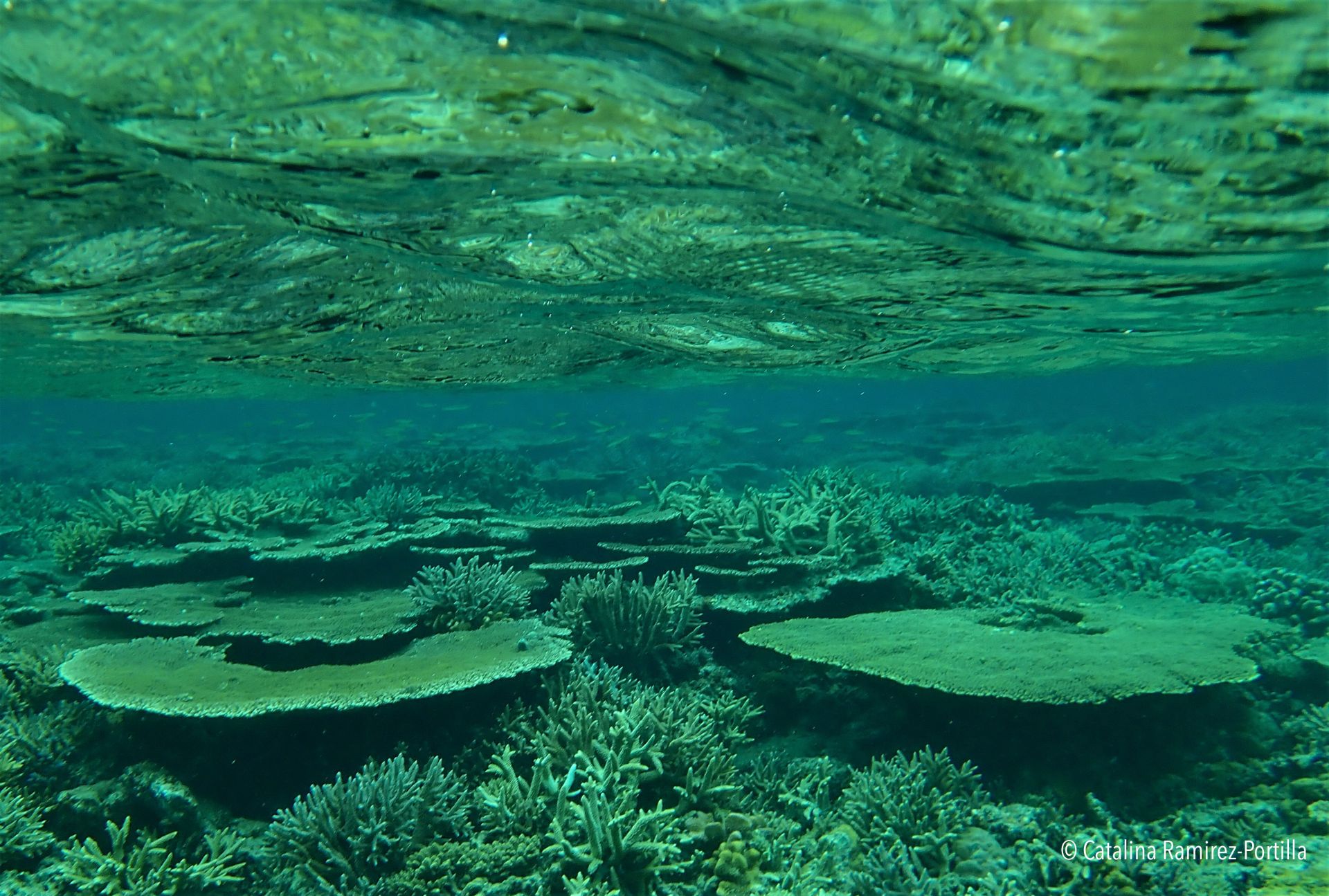 Researchers have found a new way to distinguish and identify coral species—providing crucial information to help manage coral reefs in a warming world.

Co-author Professor Andrew Baird from the ARC Centre of Excellence for Coral Reef Studies at James Cook University (Coral CoE at JCU) said there’s more to identifying coral than meets the eye. He said the new results challenge a widely held assumption that many similar-looking species cross-breed, or hybridise.

“The accurate identification of a species is the single most important aspect of all biology—in particular, for conservation and management,” Prof Baird said.

“The difference between coral species depends on a lot more than what they look like. Yet, that is traditionally how they’ve been classified, without considering how they breed, or their DNA.”

He said corals have spectacularly variable shapes and forms, which make them difficult to identify. But it can be done, “if you know your animals and use the correct tools.”

The modern tools for species identification include molecular approaches—using DNA markers to reconstruct the genetic ancestry of an individual with others of the same species. However, even these present problems for corals.

“The standard DNA markers that work for distinguishing species in other animal groups are frustratingly unhelpful for delineating coral species or reconstructing their evolutionary history,” said Dr Peter Cowman, a co-author of the study from Coral CoE at JCU and Senior Curator of Biosystematics at the Queensland Museum.

In the study, the authors closely examined the table corals of Okinawa, Japan. These table corals are difficult to tell apart, a “taxonomic nightmare”, and scientists had previously thought that one of these table species was a hybrid of the other two.

“Using novel genetic techniques, as well as breeding trials, we found they were all separate species that did not breed with each other,” said the study’s lead author Catalina Ramírez-Portilla, a PhD candidate from Université libre de Bruxelles.

The authors say the findings have important implications for current plans to rescue reefs from global warming by seeding affected reefs with heat-tolerant individuals from distant locations.

“It is absolutely critical to use and compare data from the correct species before we move them around or attempt to manipulate their genetics,” they said.

“More basic biology is the key to effective conservation and management rather than blue sky projects that are unlikely to work and come with substantial risks.”