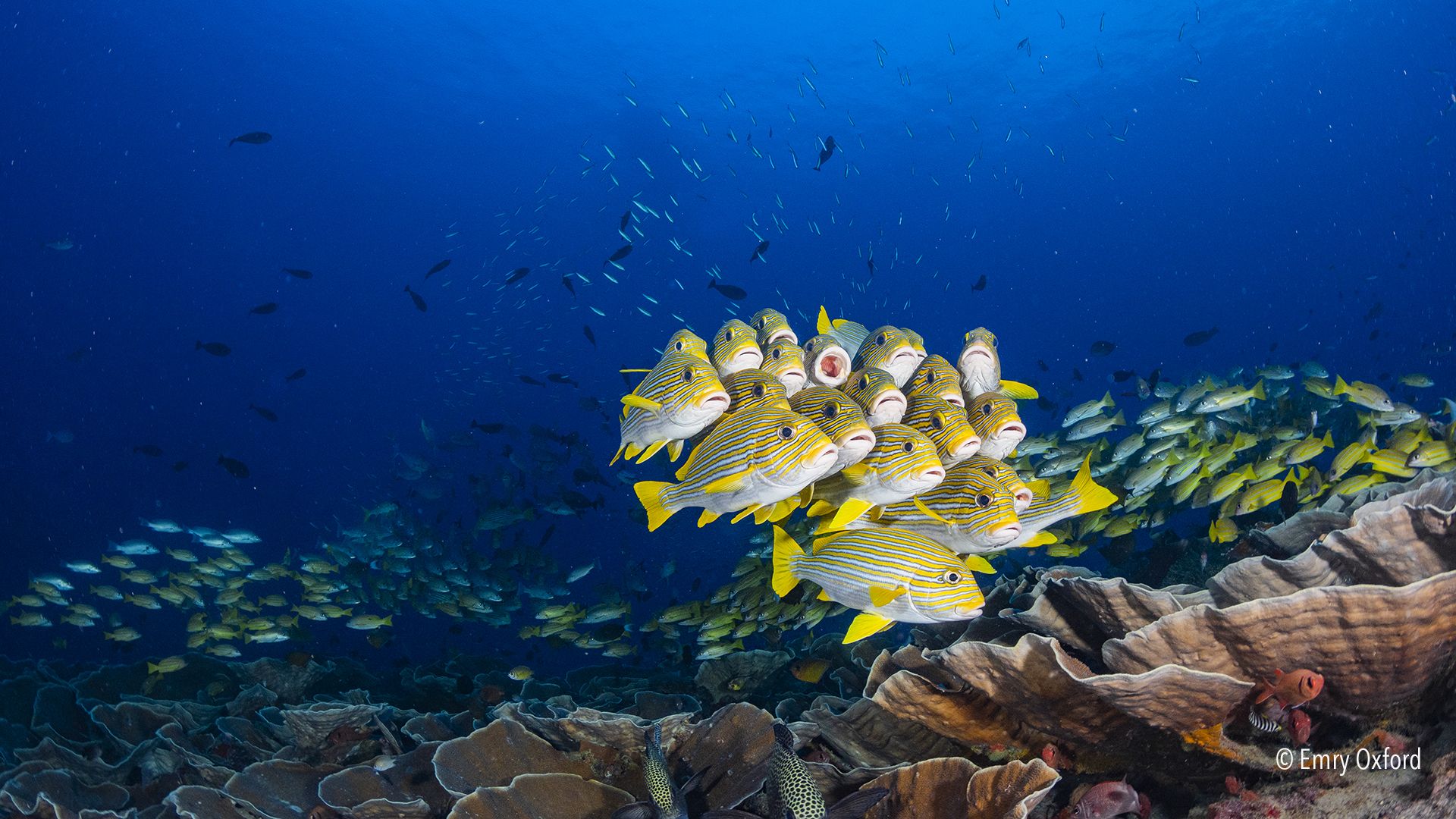 A new study has found ocean plankton and their predators are responsible for sparking ‘sweet spots’ of abundant fish in tropical coral reefs. These areas will become more important to fishers as reefs around the world continue to degrade.

He said microscopic plankton form the base of marine food webs. They are eaten by tiny creatures such as zooplankton, which are then eaten by ocean creatures, such as corals and fish, and then those fish are eaten by larger fish.

“We found ‘sweet spots’ of abundant fish are created where biological productivity converges from the ocean and spikes locally on reefs,” he said.

“These ‘sweet spots’, we found, are often driven by plankton-eating fish that feast on plankton from further offshore.”

He said as plankton reach the reef, carried by ocean waters, they are readily preyed upon, transferring energy and nutrients from offshore ecosystems to coral reef ecosystems. The influx boosts some areas beyond their usual limits of biological production to become richer with life.

Until now, little was known about the extent to which oceanic plankton and plankton-eaters boost the productivity of coral reef fishes. To address this, Dr Morais and his colleagues integrated and analysed extensive data from visual fish counts.

“One dataset covered the tropical waters of the Indian Ocean and much of the Pacific, while the other fish-count data came from three specific tropical locations that were representative of the diversity of coral reef ecosystems found in the larger dataset,” said coauthor Dr Alexandre Siqueira, from Coral CoE at JCU.

“By feeding on offshore plankton, these fish deliver extra resources to reef ecosystems, which drives the local concentration of extreme biological productivity—including for their own predators, which are large fish,” said coauthor Professor David Bellwood, also from Coral CoE at JCU.

These ‘sweet spots’ are where fishing can be bountiful,” Prof Bellwood said.

“Plankton-eating fish in some of these areas are responsible for more than half of the total fish production—up to 22 kg per hectare per day.”

The researchers say their findings hold particular significance for the future of tropical reef fisheries.

“As coral reefs continue to degrade, we can expect offshore productivity to decline,” Dr Morais said.

“So, the areas where these dwindling resources are concentrated may become even more important for fishers.”