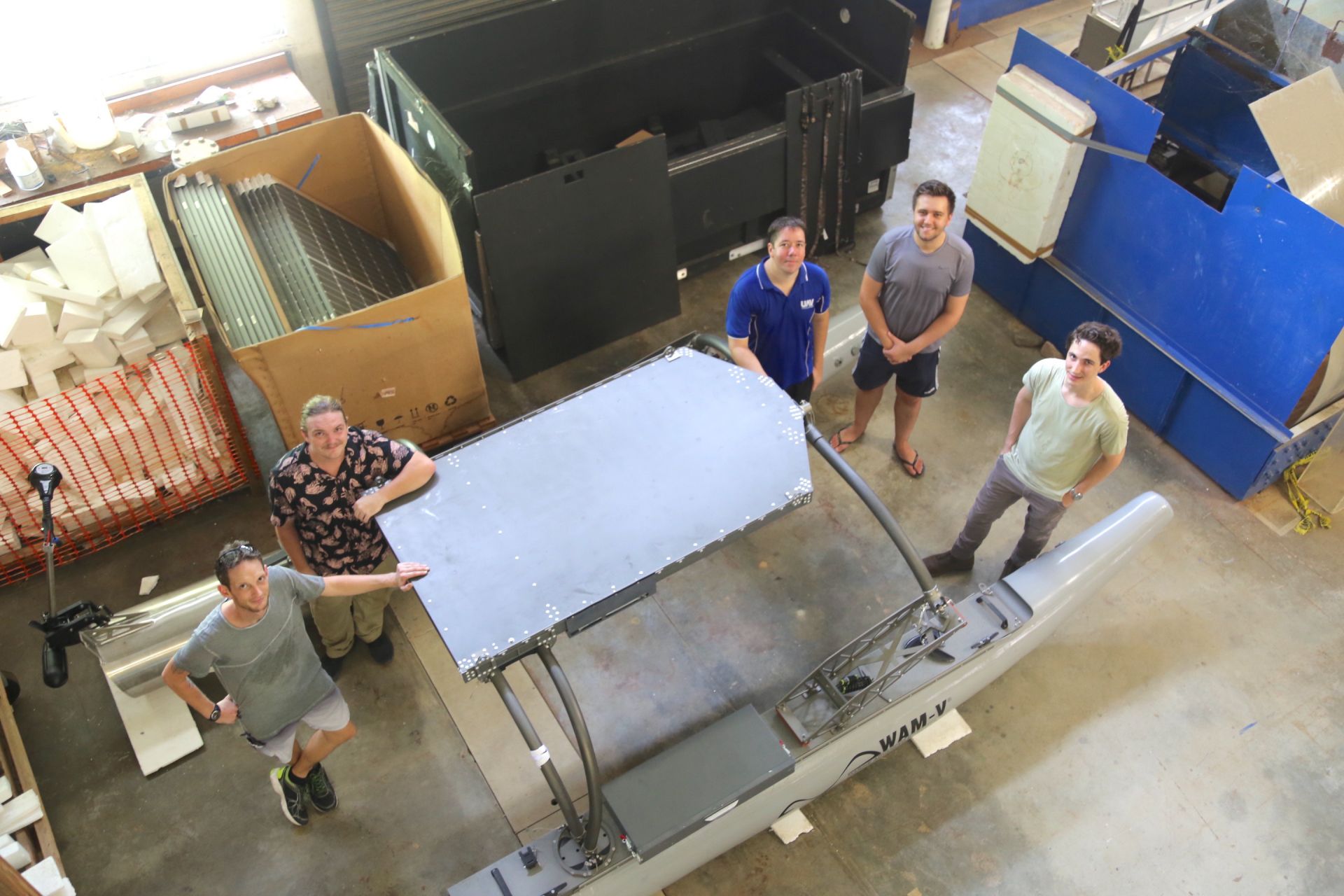 James Cook University engineering students are developing a highly advanced autonomous boat which will feature in a major robotics competition later this year.

Known as the Wave Adaptive Modular-Vessel (WAM-V), the electric-powered craft will eventually operate independently of a remote control, together with an autonomous drone.

Project lead and JCU Robotics Club president Ethan Waters said the boat is expected to face some difficult tasks when it competes at the 2022 Maritime RobotX Challenge.

These include travelling through specific gates based on the location of an underwater beacon, following a specific path indicated by buoys of a different colour, and scanning a light to determine the red-green-blue sequence it produces.

“A boat like this could have several applications, such as reconnaissance, search and rescue or even autonomously patrol parts of the reef to observe different marine life,” Mr Waters said.

Members of the project team put the boat through its paces at the Australian Institute of Marine Science’s ReefWorks tropical marine technology test range at Cape Ferguson south of Townsville in March.

“We tested how the boat performed receiving commands and then executing them via a remote control,” Mr Waters said.

“It was really important to do that and address any issues we had before it goes completely autonomous.”

Mr Waters said the next step in the testing phase will be to integrate a drone that will be able to take off from a platform mounted on the boat, utilise image recognition to identify hazards and objects and then send the coordinates of those objects to the boat so it can avoid them.

The competition, which is run in collaboration with the United States Office of Naval Research and the Australian Defence Science and Technology Group, will see JCU go up a host of international and Australian teams including Flinders University, the University of Sydney, and the University of Newcastle at the Sydney International Regatta Centre from November 11 to 17.