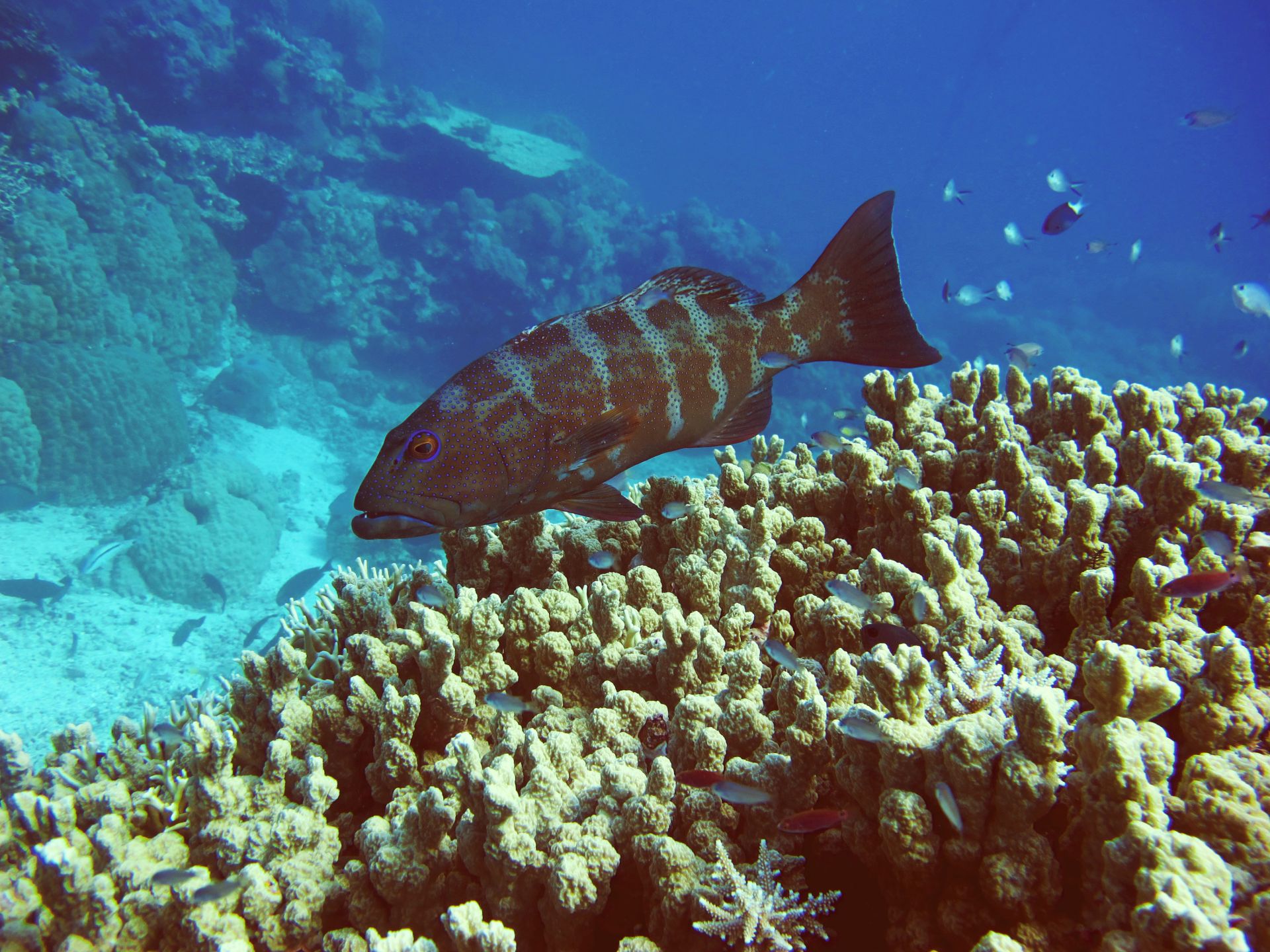 Restricting spearfishing in some ‘yellow zones’ in the Great Barrier Reef Marine Park has doubled the abundance of coral trout, according to new research led by James Cook University scientists.

The study published in Biological Conservation focused on reefs around the Capricorn Bunkers, offshore from Gladstone, looking at the abundance of targeted fish species in partially protected Marine Park Zones known as ‘yellow zones’.

JCU’s TropWATER scientist Dr April Hall said while spearfishing can be an ecologically sustainable activity with minimal bycatch, restricting the activity via designated spearing-free management zones can have conservation benefits at a regional scale.

“What we found was in yellow zones that excluded spearfishing, the numbers of target species such as coral trout were significantly higher compared to fishing zones that allow spearfishing,” she said.

“Regardless of the effects of spearfishing, both kinds of yellow zones still support a greater abundance of coral trout compared to nearby blue zones, where fishing is less restricted.”

Dr Hall said while this study showed the conservation benefits of prohibiting spearfishing, it’s not necessarily the case across the entire Great Barrier Reef.

“We’ve compared other yellow zones in different parts of the Great Barrier Reef and the outcome varies, most likely due to differences in the popularity of spearfishing.”

JCU’s Professor Mike Kingsford said no-take marine reserves were one of the most effective conservation measures to restore the abundance of fish.

“Fully protected green zones in the area support the most significant number of large coral trout,” he said.

“This is a really important protection measure because large coral trout change sex from female to male, and this helps to maintain healthy breeding populations.”

“Healthy fish populations in both yellow zones and protected no-take green zones produce baby fish, many of which grow up and are subsequently caught throughout fished areas. These zones improve fishing, with more fish also importantly contributing to the health and resilience of the entire Great Barrier Reef,” he said.