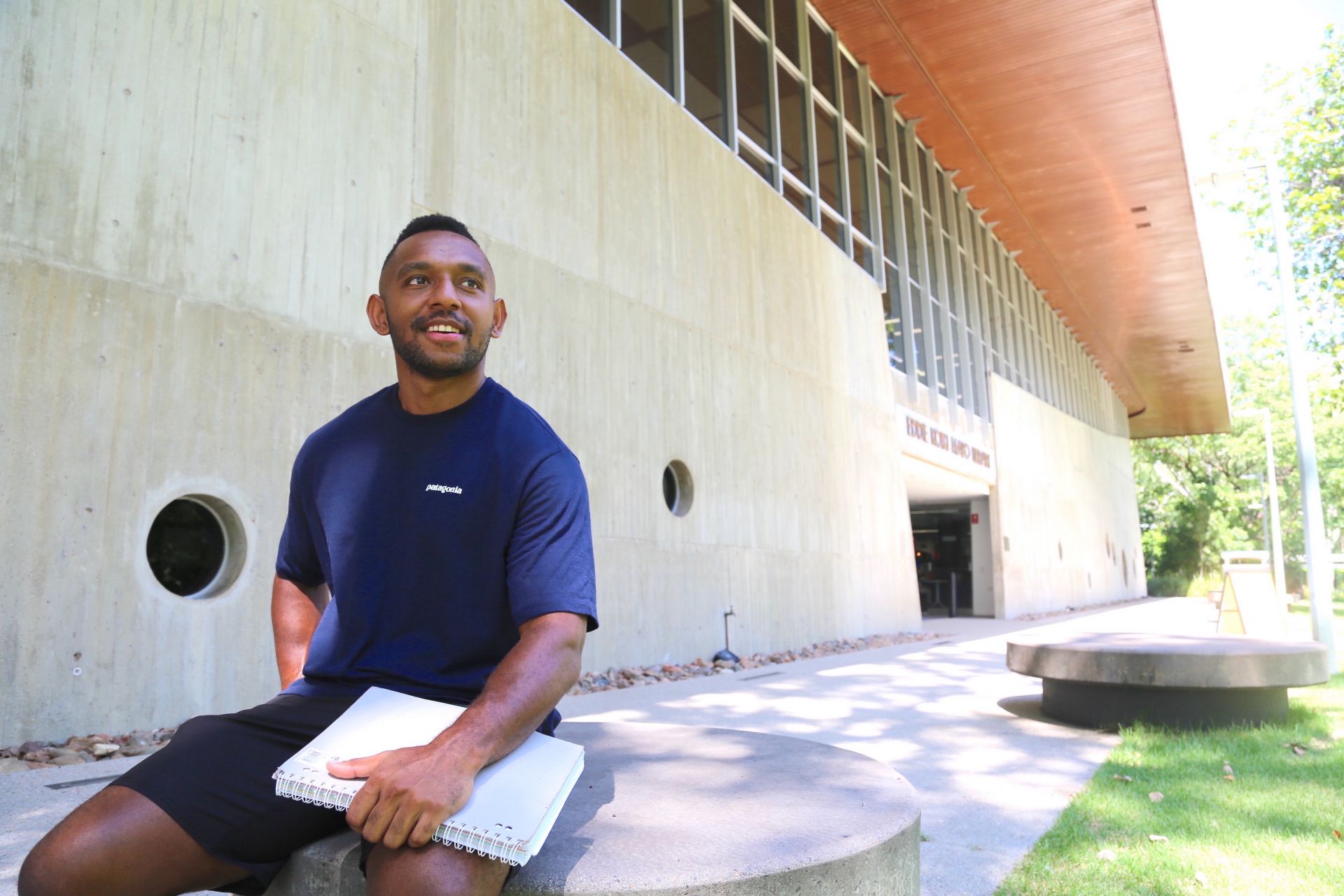 A budding geologist dedicated to his local community has been named as the recipient of this year’s $30,000 QCoal Foundation Scholarship.

James Cook University Geology student Noel Waipape said he was “over the moon” after receiving news he had been successful in applying for the scholarship.

The Proserpine local, whose father works in the mines at Moranbah, said he hoped to work in the same industry after he graduates.

“I’ve always been interested in working in the mining sector since I was young and my Dad has had an influence on that,” Mr Waipape said.

“I’d like to become either an exploration geologist or an earth scientist working in the clean-up effort after a mine’s been dug up, doing things like soil testing.”

Currently in his second semester of the first year of his degree, Mr Waipape said he loved studying at JCU.

“The lecturers are very outgoing, they’re always there to help you,” he said.

“I’m looking forward to getting into the nitty gritty with geology this semester, challenging myself and taking some unique subjects that I haven’t done before.

“The scholarship will help me take my mind off other things, like out-of-pocket expenses such as accommodation costs and tuition fees.”

Mr Waipape said he intends to return to his community once he graduates and give back to the region, where he has been a part of his local cricket, rugby league and rugby union clubs.

“It’s very important to do that as an example to other young people who are going away to study at university,” he said.

“It’s good to show the community what you can contribute to your home town and make everyone proud.”

Mr Waipape said having a dedicated mindset, a set of goals and a career plan post-university are essential for a good application for the QCoal Foundation scholarship, as well as a demonstrated track record of being involved in the local community.

QCoal Foundation CEO Sylvia Bhatia said it was a tough decision for the Selection Committee this year with a large group of strong candidates who were not only committed to their studies but also showed a strong connection to, and understanding of, rural and regional communities.

“Each year we are impressed with the students who are choosing to study at JCU,” Ms Bhatia said.

“These are a high achieving group of young adults who are excelling academically, making genuine contributions to their local communities and working hard to support themselves during their studies.

“We congratulate Noel on the hard work he has put into his studies to date and for securing and retaining a place in the Geology field at JCU.”

Ms Bhatia said Mr Waipape demonstrated in his application a strong commitment to his studies and giving back to his home town of Proserpine.

“He also outlined his aspirations to continue that through both his professional and personal commitment to living and working in regional Queensland.”