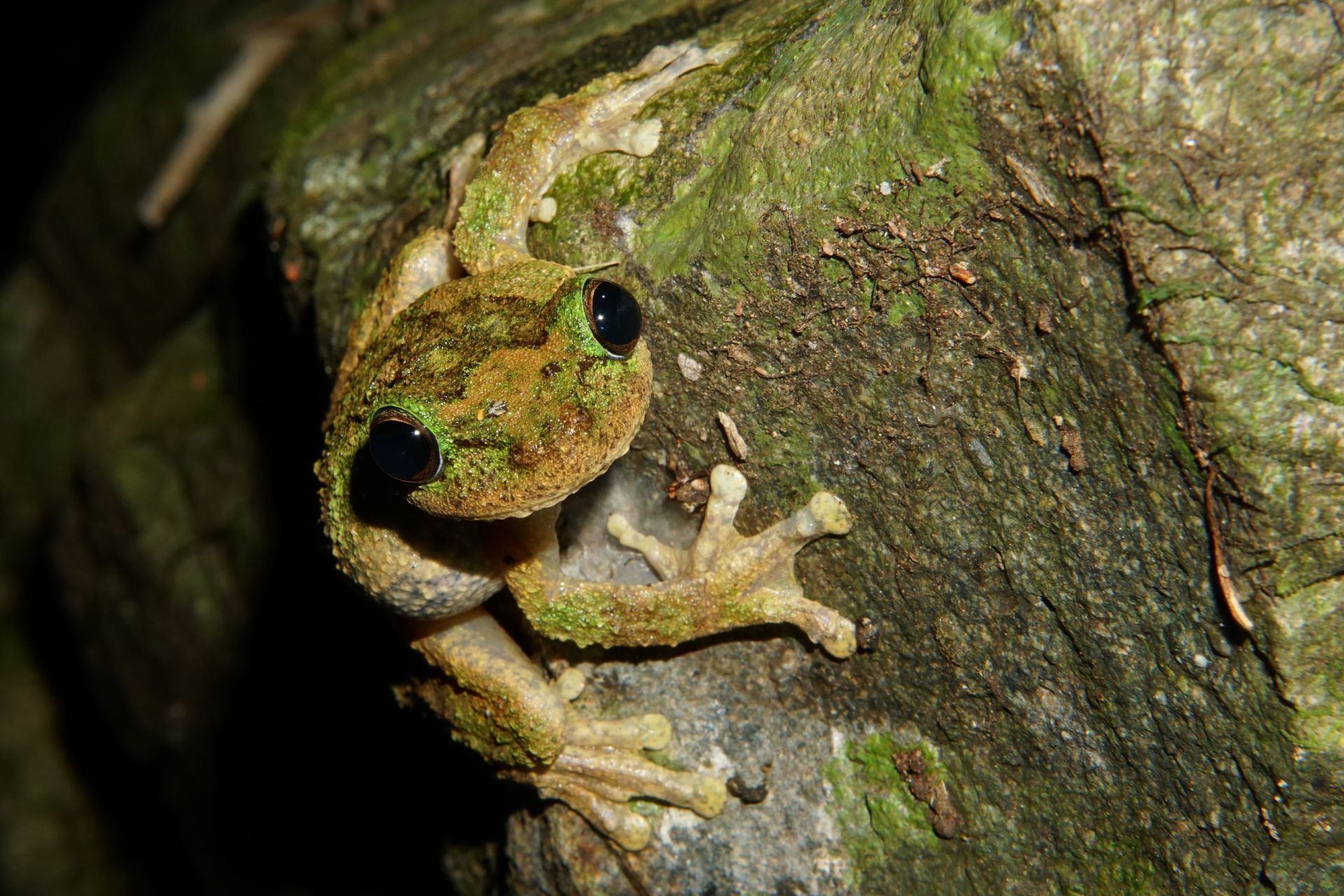 A new study aiming to unlock the secrets of a disease devastating frog populations has turned up some unexpected results, which may change how scientists combat the outbreak.

“But not all amphibian species are susceptible to chytridiomycosis, and some species and populations that underwent initial declines are surviving or increasing, despite the continued presence of the pathogen,” said Dr McKnight.

He said, as an example, Australian lace-lid frog populations were wiped out in upland sites and remain absent, while the waterfall frog had the same experience but, starting in the early 2000s, began recolonising upland sites. In contrast, the stony creek frog did not noticeably decline at any elevation.

“The reasons for these differences among species and populations are not entirely clear, but variations in microbiomes - the bacteria, fungi, and other microorganisms on the frogs - may play a key role,” said Dr McKnight.

Scientists examined both the bacterial and fungal microbiomes of four Australian frog species from the same area which had different responses to chytridiomycosis.

They found microbiomes were different for each frog species and that they may have played a role in patterns of declines and recoveries.

“The species that has shown the lowest ability to recover, lace-lids, was also the species with the fewest types of bacteria and fungi present on it. That matches what some other studies have found and suggests that diverse microbiomes may be important.

He said the relative abundance of what had been thought of as protective, anti-fungal bacteria was highest in the Australian lace-lid frog and lowest in the waterfall frog despite the fact that lace-lid populations have not recovered but waterfall frogs largely have.

Dr McKnight said the findings present scientists with more questions and a variety of possible answers.

“For instance, it may be that the presence of the fungus that causes chytridiomycosis actually causes anti-fungal bacteria to thrive, or there may be some other factor in the frogs’ environment that favours both the bacteria and the pathogen. Or possibly only frogs with high levels of anti-fungal bacteria can survive high infection loads,” said Dr McKnight.

He said the research has important conservation implications.

“So, probiotics are widely considered a promising strategy for mitigating the disease in wild populations and assisting population recoveries. Unfortunately, our results suggest that this strategy may not work unless probiotics use a diverse range of bacteria, and they may need to be specifically tailored for each frog species,” said Dr McKnight.