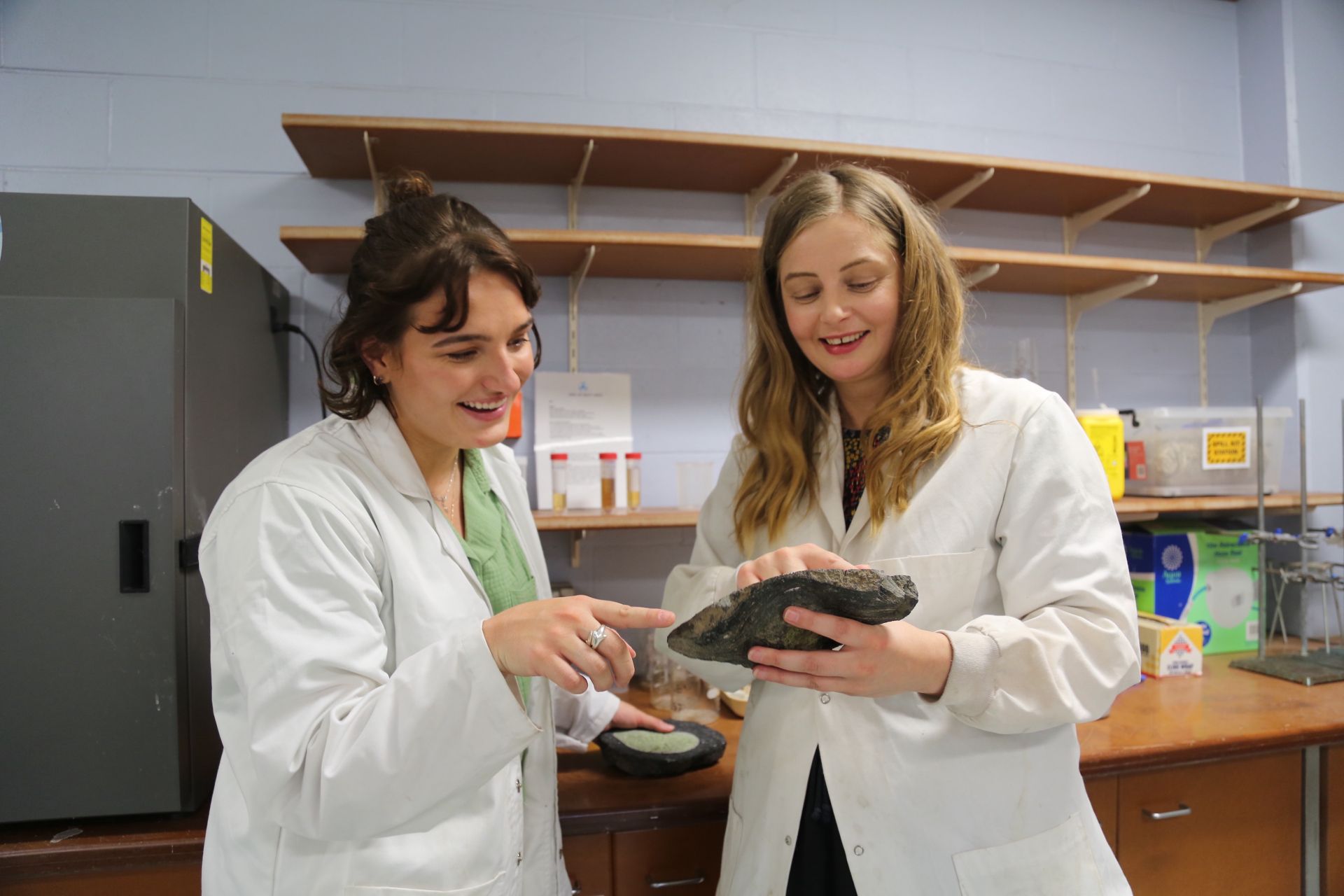 Dr Finch, the President of Women in Earth and Environmental Sciences in Australasia (WOMEESA), said on average, universities in Australia had a gender split of about 40 per cent women and 60 per cent men in their undergraduate geoscience classes, which stayed the same into the most junior levels of academia and in entry level jobs in mining and environmental science.

“But as people move up the hierarchy, the number of women drops off,” she said.

“There are a number of reasons for that. One of them is implicit, unconscious bias against women in professions and academia.

“Those sorts of biases affect who we hire for jobs, who we promote and the way we treat our students. We can fix that by being more aware of our biases and bringing in objective processes when we hire and promote people.

“Other reasons include the culture in a male-dominated industry, which doesn’t always suit women, and the importance of having supportive parental leave and return to work policies for both women and men.”

Dr Finch said JCU’s College of Science and Engineering and its Dean Professor Ron White are very supportive of addressing gender imbalances across the board.

“They’re really committed to putting measures in place to ensure that happens,” she said.

“The College recently did some modelling to show what needed to be done to achieve gender equity, such as promoting, hiring and retaining women at the same rate as men, which means this problem could be fixed in 10 or 15 years. That gave me such hope.

“With increasing awareness of what we need to do to increase gender equity, I think we’ll start to see those changes happening.”

“The biggest gap seems to be in lecturers and I’m a big believer in the saying ‘You can’t be what you can’t see’,” she said.

“We don’t have enough female role models in these higher positions and it really limits what you perceive your potential to be.

“Through my involvement with WOMEESA, I would hope to be a role model for undergraduate and postgraduate students.

As part of her PhD, Ms Olesch-Byrne is investigating the structural controls on saline fluid flow in the formation of Australia’s rare earth element deposits, focusing on the Mary Kathleen rare earth element and uranium deposit just outside of Mt Isa.

“Geology is that one science that incorporates all other sciences and I really like to understand how things work,” she said.

“Being a geologist, you’re a bit like a detective, looking at how to solve a problem.”

James Cook University is committed to fostering a community that features, at its core, respect, inclusion and safety for all. We support gender equality as a foundation for respectful relationships and an underpinning principle for change.

The University is a member of Science in Australia Gender Equity, which aims to support gender diversity and improve the attraction, retention and progression of women, trans and gender diverse people in Australian higher education and research.