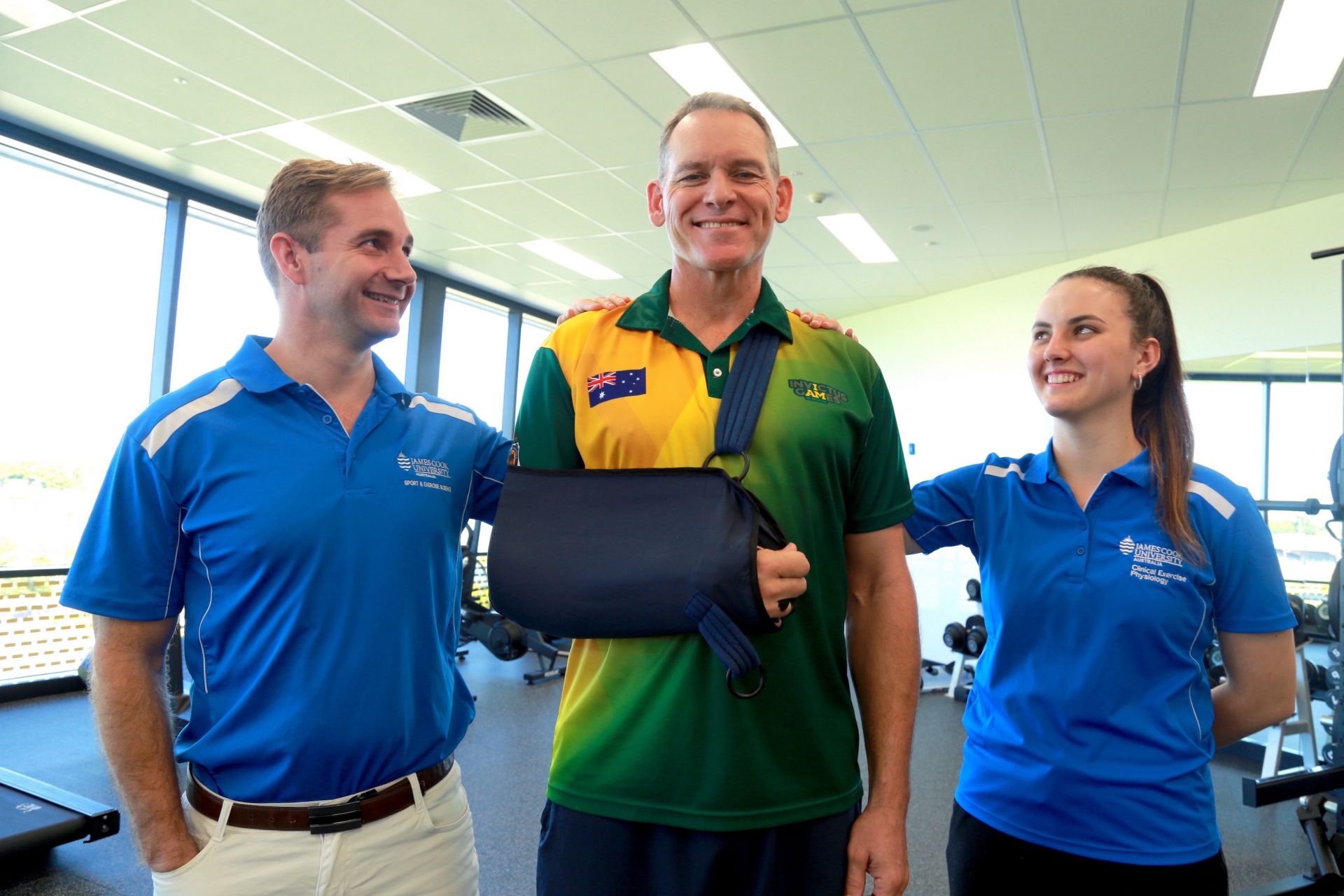 A new program designed to help Townsville veterans thrive physically and mentally is set to be rolled out by James Cook University.

Program co-ordinator and JCU Associate Lecturer in Exercise Physiology Brian Heilbronn said JCU’s program was modelled on a similar program at the University of South Australia, which offers pathways for veterans to prepare to compete in the Invictus Games - an international sporting event for wounded, injured and sick servicemen and women.

“I saw the benefits of that when I was involved with the Australian Invictus Games team, not only with preparing veterans for the Games but improving health, well-being and quality of life outcomes for veterans in the local community,” Mr Heilbronn said.

“We were approached by the Co-Captain of the 2022 Invictus Games’ Australian team Sergeant Shane Bramley about JCU doing a similar program and that’s what kicked things off.”

The program will make use of facilities located at JCU’s Bebegu Yumba Campus in Douglas and the JCU Performance Science Hub at the North Queensland Cowboys Hutchinson Builders Centre.

Third year Sport and Exercise Science students and first and second year Masters of Exercise Physiology students will be attached to the program for varying periods.

“The type of training veterans will do will be based on their individual goals, so we can use the JCU Performance Science Hub, or our exercise physiology clinic and sports science labs on campus,” Mr Heilbronn said.

“Students will be able to get involved with the veteran community, which is a big population in North Queensland, and one they will likely end up working with once they graduate.

“We’re looking to work with the participants for extended periods of time, so it gives students one-on-one exposure to veterans going through full training cycles, potentially building towards competition or trials for the ADF Adaptive Sports Program.”

Mr Heilbronn said with Townsville being a garrison city, he was hopeful there would be strong support for the program from the veteran and wider community.

“A big part of the program will be engagement with different organisations in Townsville, whether its power-lifting, rowing or swimming, we want to get them involved as well, to provide our participants as many avenues as possible to find an activity or sport they find engaging” he said.

“We will also provide testing services for a veteran’s general health and well-being and then use the results from that to build them an individualised program, in conjunction with their current treatment providers for a collaborative approach.

“Providing a program like this for veterans that helps them maintain or build their physical activity back up after they discharge from the military is very important.”

The organisers are initially seeking five veterans to start the program this August, with hopes to eventually expand it.

Those interested in joining the program, or providing sponsorship for it, can contact Brian Heilbronn on 4781 3390 or via email at brian.heilbronn@jcu.edu.au