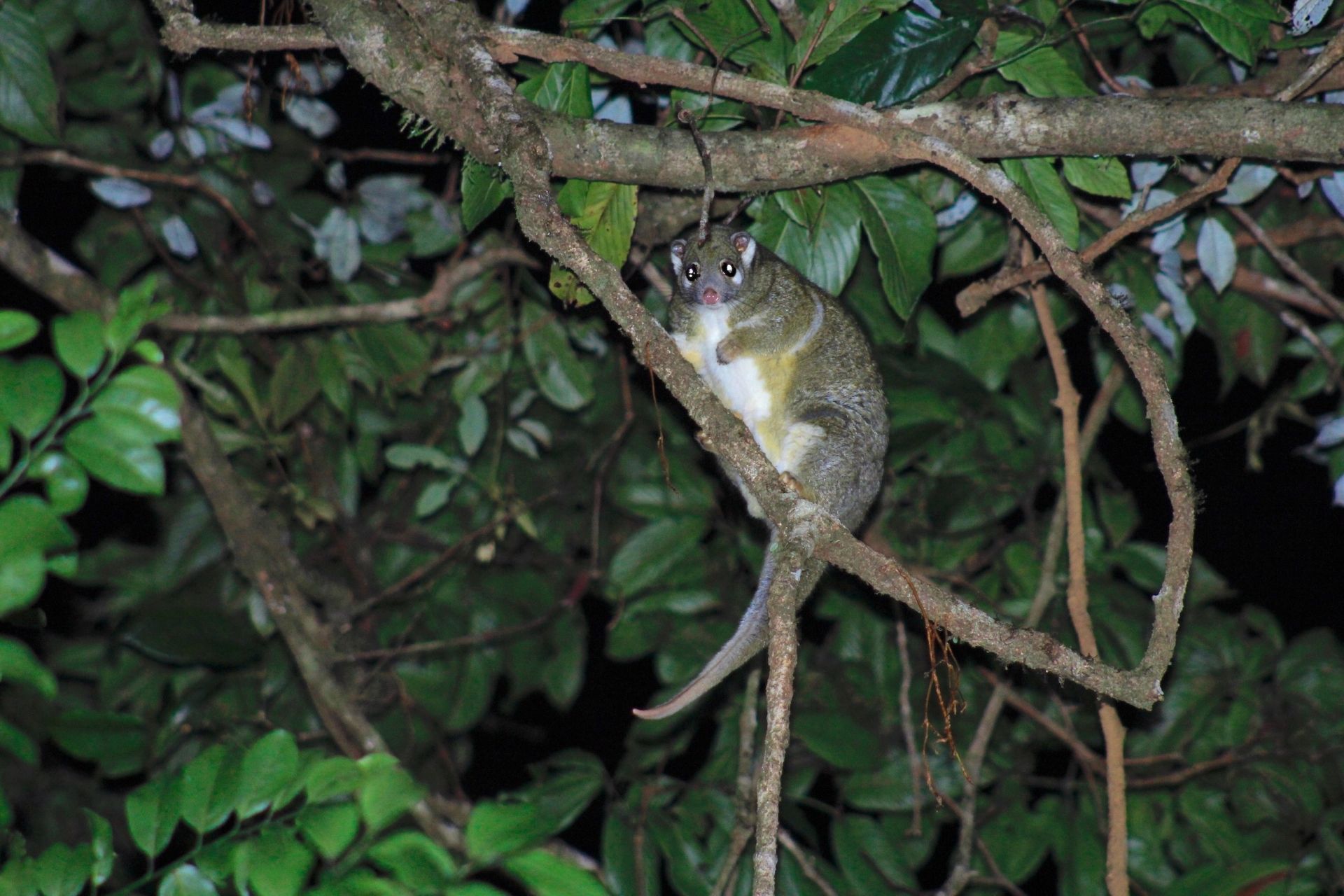 A Green Ringtail possum at Mt Lewis National Park, west of Mossman Gorge in the highlands of the Daintree. PICTURE: Supalak Siri

Rainforest ringtail possums in the Wet Tropics could be wiped out by 2050 unless action is taken to reduce the impacts of climate change on the species.

In their latest paper on species decline in the Wet Tropics World Heritage Area, James Cook University Professor Stephen Williams and PhD candidate Alejandro de la Fuente found the negative impacts of climate change, including extreme heatwaves, has resulted in a rapid decline in ringtail possum populations over the past three decades.

“There are several things happening to these possums,” Prof Williams said.

“There seems to be a long-term decline in their fitness based on the warming climate and direct impacts from the ever-increasing heatwaves every summer.

“These are possums that have evolved in these cool mountaintop rainforests and they really struggle with increasing temperature.

“So, in the lower parts of the mountains where they were already at the edge of their heat tolerance, they are disappearing and their distribution is contracting further and further up into the mountains.”

The study analysed a long-term ringtail population survey conducted between 1992–2021 in the Wet Tropics, described as the second most important World Heritage Area and the sixth most important protected area globally.

“For the first time, we have been able to separate the different effects of steadily increasing mean global temperature from the effect of extreme heatwaves,” Prof Williams said.

“Climatic extreme events are the most dangerous part of climate change and we have seen that in Australia with record-breaking heatwaves and fires.

“We now have strong evidence that many species in the rainforests of the Wet Tropics World Heritage Area are declining, some extremely rapidly.”

Other recent publications show that it is not just possums under threat.

“We’ve just listed 13 species of birds in the Wet Tropics as threatened. They’ve lost 30 per cent to 50 per cent of their total population size,” Prof Williams said.

“Species endemic to the region and other specialist birds are declining the fastest and species of birds that were common in the lowlands are now moving higher up the mountains.”

Prof Williams said his latest findings had led him to nominate the Lemuroid Ringtail possum as endangered through the Environment Protection and Biodiversity Conservation Act.

Prof Williams said his team’s analysis suggested that even a moderate reduction in carbon emissions would help reduce extinction rates across all species in the Wet Tropics from over 50 per cent of the species down to as low as five per cent.

In addition to reducing carbon emissions, Prof Williams said funding was critical to explore adaptation options for species in order to “save the biodiversity of the World Heritage area”.

“We need strategic research. For example, what this paper shows us is there’s a big difference in the impacts of heatwaves versus long-term change,” he said.

“Some species are most impacted by heatwaves while others are declining in association with gradual climatic change.

“That makes a difference as to what you would do and how we might approach reducing these impacts.”

Habitat restoration of rainforest, particularly in places that will facilitate species moving into climate refugia in the region, will help many species while simultaneously storing carbon in the new trees.

WTMA representatives said the research done by Prof Williams and his colleagues over many years was crucial to informing how the organisation managed their conservation efforts in the Wet Tropics.