Hot and humid environments, such as those in Australia’s north, can be utilised to improve cardiovascular endurance in athletes – improving their ability to go harder for longer.

“We’ve had AFL teams, NRL teams, individual athletes in athletics, swimming, triathlon, rowing,” he says. “They’ve all come to Townsville to do some sort of heat adaptation, or heat acclimatisation, to try and improve their performances.”

Heat adaptation is similar to the effects of training at altitude but there are some key differences and Wade describes it as more of a subtle change.

“What we’re trying to do is introduce as much stress as possible in a safe environment to really just magnify the training adaptations rather than just going for a run around the road,” he says. “We’re trying to put your body under a lot more stress so it’s the equivalent of putting in a greater effort for every effort that you do.”

One of the advantages of heat adaptation over altitude training is that the process happens in a shorter period of time.

“Cardiovascular changes under heat duress or hot stress are very quick to occur, within two to three days,” Wade says. “But going to altitude to produce more red blood cells to help carry the oxygen around the body takes longer. Therefore when most people do altitude training, it’s at least two to three weeks in duration.”

Another advantage for Australian athletes is accessibility. In Australia it’s difficult to find areas of suitable altitude, with Mt Kosciusko considered to be only medium to low altitude compared to some of the peaks around the world.

“It’s pretty expensive to travel and do all of the weeks that are necessary to get the same sort of adaptation that you can get in a hot environment in a much shorter time,” Wade says.

While heat adaptation may sound like athletes training outside in northern Queensland’s hot conditions, Wade conducts his training sessions in a purpose-built heat chamber containing exercise equipment including treadmills and rowing and cycling ergometers.

“It actually is a cold room, it just has a big kettle attached to it which pumps heat and humidity into the room,” he says. “We can control exactly what the heat and the humidity is whereas when you’re outdoors there could be a nice cool breeze that picks up, or the cloud covers the sun and the temperature drops three or five degrees.

Training under these conditions is not without risk, including dehydration and increased body temperature.

As a result, athletes are carefully observed for changes to their physical and psychological state.

“We’re always monitoring heart rate as well to make sure the heart isn’t becoming over-stressed.” “One of the first signs of moving on from heat exhaustion into heat stroke is people start to lose their mental acuity, so they start to get confused and dazed a little bit. In the chamber I’m a bit of a pest, I’m always talking to them to make sure they’re OK.”

Although Wade is working with elite athletes, the advantages of heat adaptation can be used by anyone aiming to improve their sporting performance – but they need to be aware of, and mitigate, the risks. Waiting until you feel thirsty is too late.

“Hydration is the key for everything,” he says. “If your blood volume is already low because of dehydration your heart is going to be incredibly stressed but it’s going to be the wrong sort of stress. We don’t need it doing any more work than what it has to, because the exercise itself is going to be a stress, plus the heat is going to be another stress.

“The best way to make sure the blood gets around your body - to help lose heat as well as to help take the nutrients the muscles need to help exercise - is to ensure that there’s good blood flow. For good blood flow you have to be well hydrated.”

Wade believes that JCU and Townsville are incredibly lucky to be able to work with the North Queensland Cowboys and the JCU Townsville Fire.

“Both are very professional in their set ups and both allow excellent opportunities for our students,” he says. “One of my other roles out here at the Cowboys is I help oversee the two interns; third year Sport and Exercise Science students we have out here.”

As a Sport and Exercise scientist, Wade enjoys being able to apply scientific theory in a practical way and help top-level athletes achieve their best.

“I’ve been very fortunate I have the Cowboys to work with – some of the best ever players as well,” he says. “What I’ve been most impressed with is the commitment of the players, and their buying into certain things around recovery and training preparation, physical preparation, all those things which are based around science.”

The North Queensland Cowboys and JCU are working together to boost health, well-being and education in northern Queensland.

JCU offers a Bachelor of Sport and Exercise Science in Townsville. 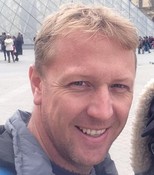