Getting rid of microplastics? It’s complicated.

Turtles and microplastics – a major problem

Keen to be part of the solution to plastic pollution? Join millions of others around the globe for Plastic Free July. JCU Associate Professor Mark Hamann details how microplastics are bad for the environment and what we can do to help.

Microplastics are plastic pieces that are less than five millimetres in size. They can be little plastic beads that are used to produce other plastic objects, like a toothbrush for example, or they might be ‘micro beads’ in facial scrubs and other cosmetics.

However, things get problematic when plastic bottles, plastic bags and other plastics start to break down in the environment. The plastic items turn into tiny, fragmented pieces and animals can mistake them for food.

“We have known that it has been an issue for turtles for many decades. But it was in the early 2010s when more and more people were reporting it,” Mark says. “Right across the globe, we started to see an increase in the impact that plastic was having on sea turtles. And then people were also finding similar impacts on sea birds and other marine creatures.”

Microplastics in the environment is a global problem. In Uruguay, for example, where one of Mark’s PhD students is studying marine turtles, it is a major issue. “In Uruguay, nearly every turtle that washes ashore and nearly every wild turtle they catch for their research projects has eaten plastic, and some quite serious levels of plastics as well,” Mark says.

Plastic pollution depends on a number of factors, such as the population size. The plastic pollution along a number of regions off the Australian coast is also a cause for concern. “In the Great Barrier Reef, we rarely find turtles that have eaten plastic,” Mark says. “However, off northern New South Wales and Brisbane we find a higher incidence of plastic pollution and plastic ingestion by the turtles.”

What local governments can do to minimise plastic pollution

A recent PhD research project by Anne Marie Bauer-Civiello has proven that even a comparably small city like Townsville produces several thousand pieces of plastic that flow into the Ross River via storm drains and get carried into the sea after every wet season.

“So, even a small city like Townsville can have some degree of influence on marine plastic pollution,” Mark says.

There is a solution: local governments can make sure that plastic pieces are collected before they enter the ocean. Mark says ways to achieve this include waterway booms where a barrier is placed around a storm drain or placing traps in rivers to collect accumulated debris. An alternative would be to put traps on the river to accumulate the debris as it flows down. So far, only a couple of major cities around Australia are using these measures to stop plastic from entering the ocean.

What companies can do to minimise plastic pollution

Apart from replacing microbeads in cosmetic products with more environmentally friendly alternatives, there are other products that could be improved.

“If the plastic particles don’t need to be there and if there are alternatives, then we should be embracing them,” Mark says. Another way to minimise plastic would be to create and use recycled products. “As a developed country, we have a lot more options than they do in some developing countries.”

What consumers can do to minimise plastic pollution

Finally, it is also us consumers who can help minimise microplastics from getting into the environment.

“As consumers and individuals, we can play a role by choosing products, or by purchasing things that come with appropriate packaging,” Mark says. “We can make our own individual choices and minimise the purchasing of products that we think are wasteful or not sustainable or for which there are alternatives.”

Another example is the container scheme for cans and bottles, which rewards consumers for saving the environment. “You take your cans and bottles and bring them to the recycling centre and get ten cents each for them,” Mark says. Better even would be to avoid single use plastics, such as straws or takeaway coffee cups, altogether.

In the end, however, there is no perfect solution for everybody. It is hard to live without plastic because it has become a part of our society, and often there are no alternatives. This is why avoiding plastic is about making the right choices. “We have to decide what we can do without,” Mark says. “If that’s straws, then that’s great, or if it’s plastics bags, or takeaway coffee cups. And if it’s all of the above, that’s great, too.” 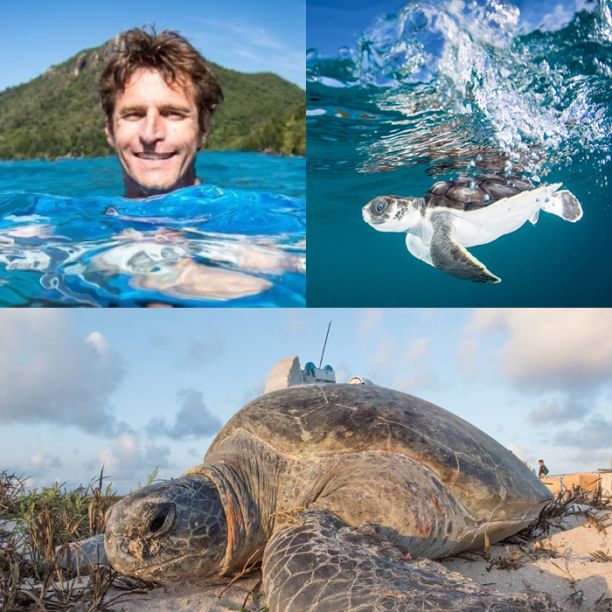 Mark Hamann is an Associate Professor in the College of Science and Engineering at JCU. Mark's research has focused on the behaviour and ecology of marine turtles and threatened marine species. He is particularly interested in how animals are impacted by human use of marine environments, and the human dimensions related to marine species management.

Mark has an extensive history of collaboration with researchers in Australia and overseas and is currently working on several collaborative projects with the Queensland Government and Industry partners. Mark has published over 100 research papers across a variety of scientific fields over the past 25 years.