Strength, speed, hand-eye coordination. Athletes are often touted for seemingly innate physical abilities, but all of those are secondary to one all-important factor. Practice.

JCU Lecturer Dr Jonathan Connor is giving a talk at Inspiration on Tap about talent identification in North Queensland, as opposed to more metropolitan areas.

He’s using two case studies, which will excite Cowboys fans and those that love a bit of backyard cricket.

The factors that can play a part in how people develop masterful skillsets range from fascinating to seemingly bizarre.

“There are a number of moderating factors that can determine whether or not someone is going to make it to the highest level,” Jonathan said.

“Where they live is important, plus a whole bunch of other innate characteristics, such as their handedness, or what month of the year they were born in.”

The outdated and disproved idea that some people are born brilliant persists, but the science into how one reaches the upper echelons of their chosen skill is fascinating, and informs modern-day talent selection.

“Part of the book was based on a researcher’s work, by the name of Anders Ericsson.

“His research really highlighted the fact that we’re never born to be an expert or not, it comes down to how much practice you do in a specific task.”

The magic number is 10,000 hours, but that amount isn’t the exact measure for everyone.

This shows that quality of practice is just as important quantity, and that’s where talent scouting comes into play.

“If you enter a talent pathway, you’re more likely to receive quality coaching, better access to resources, facilities, all those types of things,” Jonathan said.

Of course, not every NRL player enters a talent pathway at the age of 14, and plenty still make it to the professional level from a later start.

“There are still those who don’t enter that talent pathway until under 17s, under 19s, and they’re still going on to make it to a higher level,” Jonathan said.

“What I’m interested in talking about is some of those practice determinant factors that can help players make it to the highest level.”

One of these factors is diversification of practice, as opposed to specialisation.

There’s an Australian tennis player who has recently won the French Open that shows what a defining factor this concept can be.

“Ash Barty is the perfect example,” Jonathan said. “She’s a great example of someone who took time away from the sport, actually went and joined cricket, was very skilful, and was picked up by Andy Richards, the Queensland females coach at the time.

“You look at her coming back now and performing so well, it’s a great example of how time away from a particular sport can actually rejuvenate your mental state, limit burnout, and reduce risk of injury.”

If you’re interested in what makes talent, especially in North Queensland, Jonathan’s talk will be perfect for you. If you’re a coach, parent, or athlete looking at turning pro, the Doctor’s expertise could make all the difference.

“Those who will find it really useful could be coaches, and those older adolescents who are interested in developing their skills to a high level,” he said.

If analysing athletes and an in-depth knowledge of the human body interests you, consider JCU Sport and Exercise Science.

If you want to learn about talent identification from Dr Jonathan Connor, head along to Inspiration on Tap at the Heritage Exchange in Townsville on June 20. 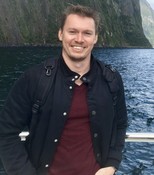 Dr Jonathan Connor
Jonathan Connor joined JCU in 2018 and is a Lecturer in Sport and Exercise Science. Having completed his undergraduate degree with James Cook University, Jonathan also completed his Honours by examining anticipatory decision-making and eye-tracking
Read profile