Cyclone Testing Station About Us

The Cyclone Testing Station was founded in response to the destruction caused by cyclone Althea to Townsville in 1971 and cyclone Tracy to Darwin in 1974. The Station's strategic location in Townsville has enabled it to serve not only Australia and North Queensland but also most other cyclone prone regions throughout the world.

Our aim is to minimise the loss and suffering caused by cyclones and other high wind events. In addition to advising governments, manufacturers, and property owners, we also deliver first class academic research. We have a strong team at the forefront of wind research. Our team is dedicated to:

To be the pre-eminent, independent research and testing authority on the performance of buildings and infrastructure in response to cyclones and other wind events in Australia and the surrounding region.

The History of the Station

In the mid 1970s, Professor Hugh Trollope AO, then Professor of Civil Engineering at James Cook University, and Mr Theo Wilkinson, then Managing Director of Monier Colourtile, recognised the need for the establishment of a small research unit to investigate the effects of wind on low rise buildings. It was obvious after cyclone Tracy devastated Darwin that there was not an adequate source of practical information on the likely performance on houses subject to severe wind forces, nor on ways of preventing future wind damage. They decided to overcome this by establishing a unit at JCU to research these problems. The university had just built a wind tunnel and had established an international reputation for work in wind engineering.

James Cook Cyclone Structural Testing Station commenced operations on 1 November 1977 with the appointment of Mr Greg Reardon as Technical Director. It was established to fill a need in the building industry for a specialised research unit to concentrate on wind effects on low rise buildings, and to provide industry with an independent centre for the testing of building products and the development of testing techniques. Its charter is not restricted to cyclone winds.

In 2002, the Station was renamed as the Cyclone Testing Station to better represent the large range of products it tests and the industry it serves.

The Station now operates as a unit within the School of Engineering at James Cook University, Townsville. While the Station relies on the JCU School of Engineering for accommodation and use of structural engineering facilities it is otherwise self funding. The station is guided by a management committee drawn from a mix of industry, government, research and professionals from around Australia. This unique situation allows the Station to follow its research objectives and to provide independent expert advice to clients.

We appreciate the continued support of our partners and benefactors. Our advisory board has been critical to our success. 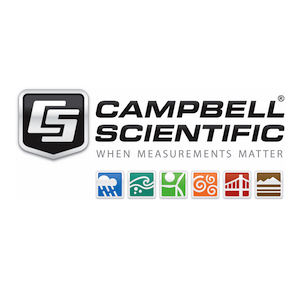