Ethnobotany is the study of cultural plant use and perception of plants. Indigenous Australians have used plants for food, medicine, tools, utensils, weapons, etc. for thousands of years. However, since the arrival of Europeans, a lot of traditional plant use knowledge has been lost.

One principal aim of the Tropical Indigenous Ethnobotanical Centre (TIEC) is to record, document and research cultural plant use knowledge, which could be of mutual benefit to traditional Owners and their partners. The TIEC is a partnership between the Australian Tropical Herbarium, Traditional Owners, the Department of Environment and Science (DES), CSIRO and the Cairns Institute.

The TIEC aims to empower Indigenous people to renew and strengthen their cultural knowledge and practices about plants. Many Traditional Owners believe that keeping their knowledge alive and passing it on to the next generation is very important. The TIEC supports Traditional Owner information sharing, practice and collaboration, and also keeps plant collections and data for Traditional Owners through shared protocols and agreements.

Further details can be found on the TIEC website - https://www.tiec.org.au/

Functions of TIEC include:

The development of the Tropical Indigenous Ethnobotany Centre is being led by ethnobotanist Mr Gerry Turpin (DES/ATH), an Mbabaram elder. 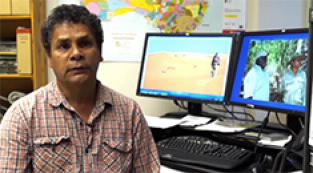 In this video Ethnobotanist Gerry Turpin explains his role at the Tropical Indigenous Ethnobotany Centre, and his work with Traditional Owners in north Queensland. 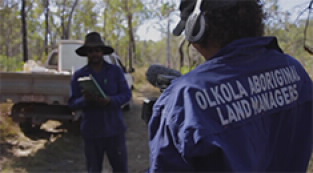 The Olkola people of Cape York Peninsula have been preparing for their traditional lands handback in 2014. This video shows highlights of a recent Physical and Biological Research Field Trip on Kimba Plateau, Olkola Country, September 2014. [Watch Video]