Studying a Master of Science at JCU has given Kelsey Paulling the chance to get hands-on experience with an unlikely creature. Melomys are small native mice that live in tropical rainforests on the Australian coast. As part of Kelsey’s research project, she studied whether melomys can recognise odours from reptiles, which are predators of the rodents. 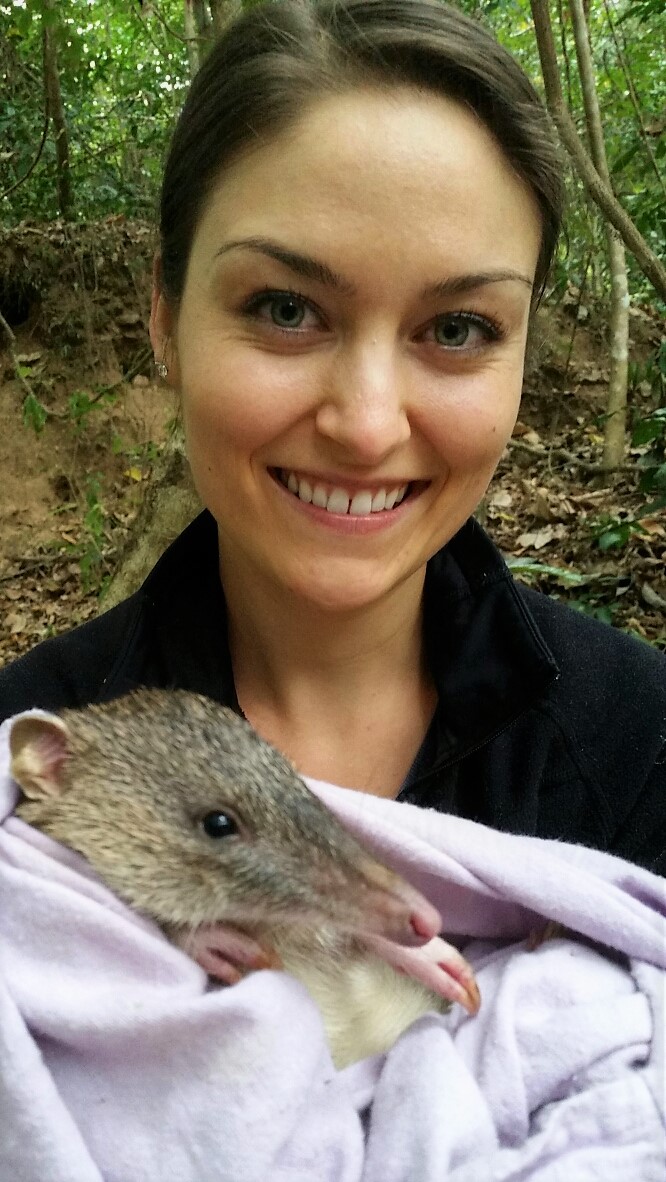 “A lot about their behaviour still isn’t really known, like how they respond to different threats,” Kelsey says. “We know they use their olfactory system as their primary sensory system. I basically took a couple of different reptile sheds, which is the old skin snakes leave behind, and a piece of paper and put them in a maze and saw what they did.”

The results from the research project were surprising and opened the door for further research.

“I was expecting them to be able to recognise the reptile shed and avoid it because it is a predator, but in almost every case they went straight to the snake shed and started chewing on it,” she says. “The next step would be to analyse what this means.”

“Cairns is an awesome place to live,” she says. “There is so much to do and the people are so great. The campus in Smithfield is also really accessible. I had never been to Australia, but being interested in ecology, I thought I would look into it. Australia’s known for animals that aren’t found anywhere else, so I thought it would be fun to come here and experience a different side of ecology and biology.”

Experiencing Australia’s ecology has included going on field trips, where Kelsey has been able to develop skills in identifying animals and collecting data. Being part of a smaller cohort has given her the chance to form bonds with lecturers and fellow students, as well as gain valuable practical experience.

“Being at JCU is neat because it’s small. I’m used to really big universities back in California. It’s exciting to do hands-on stuff in smaller groups. I can relate to my fellow classmates and call my professors by their first name. I’ve made a lot more connections and I’ve had a lot more useful practical experience.”

Being able to easily access lecturers has led to opportunities for Kelsey to further develop research skills. Kelsey knew one of her lecturers, Dr Tasmin Rymer, was passionate about animal behaviour, so she reached out to her.

“I sent her an email asking to come chat with her and during that meeting we came up with a project idea,” Kelsey says. “If you have questions, if you want to volunteer or if you want to participate on a research project, it’s pretty simple. You just have to talk to someone and see what options they have available.”

Kelsey’s advice for students coming from overseas is to keep an open mind and enjoy the culture. She found it easy to settle into Australian life and has made friends at university and around Cairns.

“I wanted to get the full experience, so I lived in a share house when I first moved in,” she says. “I bought a car to get around, which was a big thing, and I applied for a job in the city so I could meet some locals. My group of Australian friends have helped me feel like a local. Keep your mind open and make sure you take some time off and enjoy the culture.”