Queries in relation to the Indigenous Legal Needs Project should be directed, at first instance, to Fiona Allison at JCU on (07) 40421886 or by email at fiona.allison@jcu.edu.au 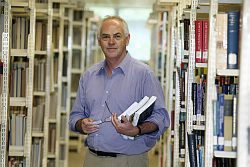 Professor Cunneen has conducted research for a number of Indigenous and human rights organisations, including the Australian Human Rights Commission. He was a consultant to the National Inquiry into the Separation of Aboriginal and Torres Strait Islander Children from Their Families. He has also worked widely with government agencies and law reform bodies on issues relating to juvenile justice, policing and corrections. He is currently a chief investigator on a large ARC Discovery grant titled the Australian Prison Project. He has published a number of books and is a member of the editorial board of a number of leading international journals. Professor Larissa Behrendt is a Eualeyai/Kamillaroi woman. She is the Professor of Law and Director of Research at the Jumbunna Indigenous House of Learning at the University of Technology, Sydney. She is admitted to the Supreme Court of the ACT and NSW as a barrister.

She is the author of several books on Indigenous legal issues. She won the 2002 David Uniapon Award and a 2005 Commonwealth Writers Prize for her novel Home. Her latest novel, Legacy, is due for release in October this year. Larissa is a Board Member of the Museum of Contemporary Art, a board member of Tranby Aboriginal College and a Director of the Bangarra Dance Theatre. She was named as 2009 NAIDOC Person of the Year.

Melanie Schwartz is a Lecturer in Law. She teaches criminal law and into the Indigenous programs in the JCU, including the pre-law program and the winter school. She convenes the criminal justice stream in the Diploma of Humanities.

In 2009 Melanie was awarded the UNSW Vice Chancellor’s Award for Teaching Excellence and in 2010 was highly commended in the LexisNexis-ALTA Awards for Innovation in the Teaching of Law (Australasia).

Prior to working on the Indigenous Legal Needs Project, Fiona has practiced as a solicitor in the community legal sector in both the Northern Territory and NSW, has taught at Tranby Aboriginal College in Sydney and worked at the Australian Human Rights Commission.

This study will consider how effectively the legislative and administrative regimes surrounding anti-discrimination law introduced from the 1970s in Australia are working to protect Aboriginal peoples’ human rights.  On its face, anti-discrimination law offers to all Australians a means of fighting against discriminatory actions and policy.  Why then are Aboriginal people still far from able to enjoy equal rights alongside other Australians? The study will consider what progress has actually been made for Aboriginal people through introduction of these regimes. The nature and efficacy of direct action instigated by Aboriginal people prior to their introduction will also be explored.  Problems relating to Aboriginal access to justice in this area will be examined, in particular.