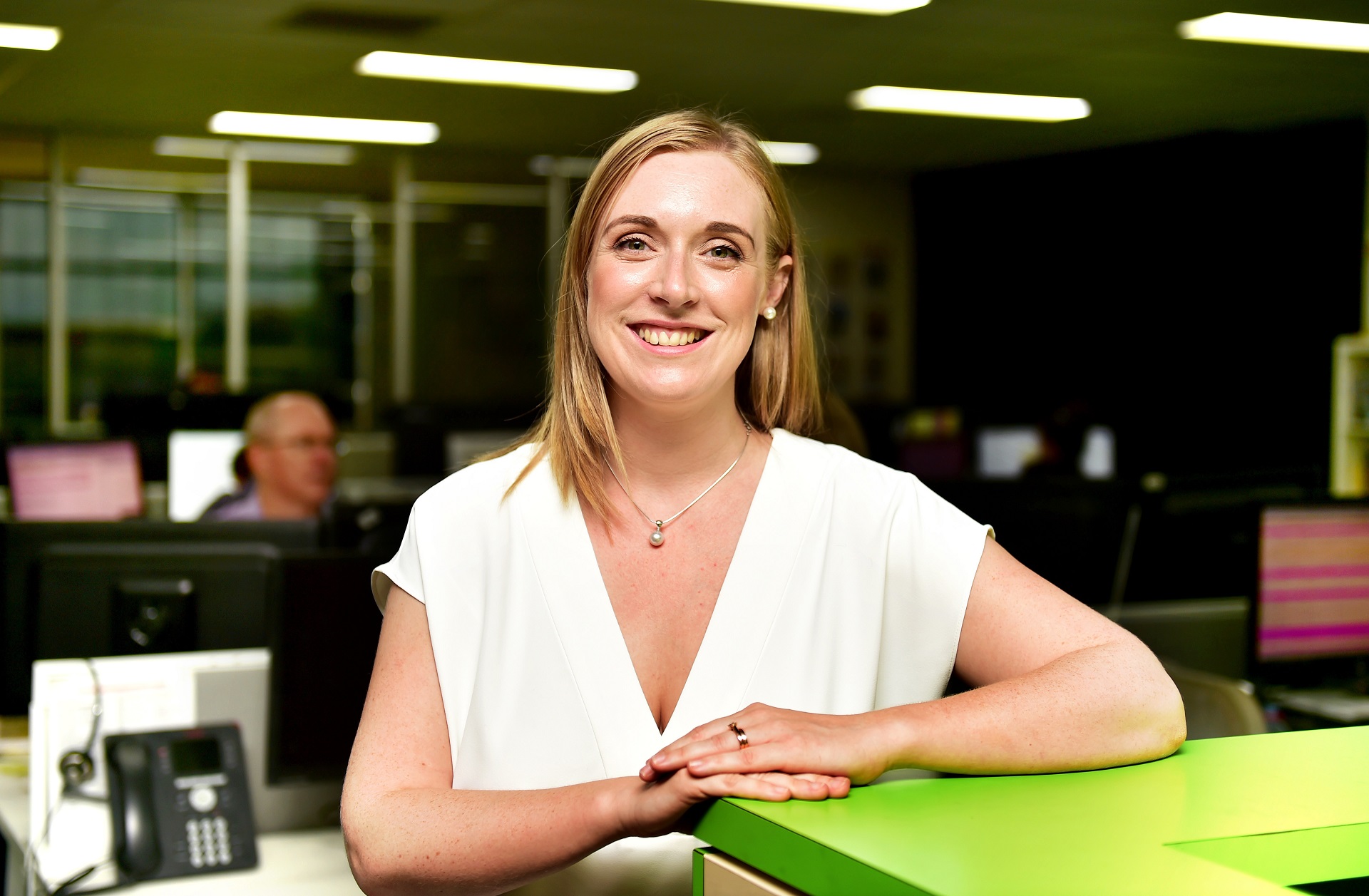 Jenna Cairney was appointed as the Townsville Bulletin's first female editor in October 2017.

Before that she spent three years as editor of the Sunshine Coast Daily - the first female to hold the masthead's top editorial job.

Originally from Dundee, Scotland, Ms Cairney studied in Glasgow, the US and Italy before starting her career in journalism at the DC Thomson group working for the Dundee Courier, Evening Telegraph and Sunday Post.

She moved to Australia more than a decade ago and took her first journalism job down under at the Warwick Daily News.

"I was inspired by the importance of regional reporting and the positive influence our newspapers can have on the communities they serve," Ms Cairney said.

"From starting out my Australian journalism career at the country’s smallest daily paper, I was honoured to take the reins of one of Australia’s most influential regional papers – the Townsville Bulletin."

Ms Cairney's first editorship was at the Daily Examiner, Grafton, and under her stewardship the paper won a swag of awards, including ARM Newspaper of the Year 2013.

She served as deputy editor of agricultural publication the Land before moving to the Sunshine Coast where she was awarded ARM Editor of the Year in 2015 and the Daily won ARM Newspaper of the Year 2016.

Ms Cairney is part-way through her Masters in Business Administration and moved to North Queensland with her husband Lachlan and young son, Albie. 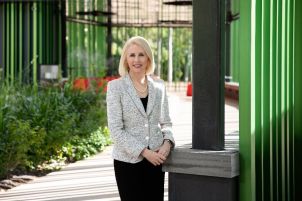 Professor Sandra Harding AO, took up her appointment as Vice Chancellor and President of James Cook University in January 2007. In this role, she is responsible for ensuring clear and effective leadership and management of the University across all operating sites, including campuses in Cairns, Singapore and Townsville.

Professor Harding has extensive academic and academic leadership experience. An economic sociologist by training, her areas of enduring academic interest include work, organisation and markets and how they work. She also has a keen interest in public policy in two key areas: education policy and related areas; and; the global Tropics, northern Australia and economic development.

Professor Harding has undertaken a wide variety of external roles within the business community and the higher education sector, including, Independent Assurance Panel on the quality of 2016 Census of Population and Housing data (2016-2017), and Chair of the peak body representing all Australian universities, Universities Australia (2013-2015).

In January 2019, Professor Harding was appointed an Officer in the General Division of the Order of Australia in the Australia Day 2019 honours list for her distinguished service to education at the national and international level, and to the community of Queensland. Victoria Kuttainen, Associate Prof. of English and Writing at JCU, holds a BA Hons and MA from the University of British Columbia, and gained a PhD from the University of Queensland when she came to Australia as an international student on a double scholarship (SSHRC/UQIPRS) to study with the Postcolonial Research Group at UQ. Her primary areas of research in literature studies are the literatures of Australia and Canada, magazine modernisms, settler colonialism, transnationalism, and the print culture of late colonial modernity.

Recent publications include the 2018 book The Transported Imagination: Australian Interwar Magazines and the Geographical Imaginaries of Colonial Modernity (co-authored by Susann Liebich and Sarah Galletly), and a 2019 article 'Lost in the (National) Archive: The Modern Girl and the Magazine’ that appeared in a special cluster on magazines and digital humanities in Modernism/modernity.

Victoria is a member of the James Cook University Academic Board (as a research and scholarship specialist), and serves on the Advisory Board for the Australasian Consortium of Humanities Research Centres (ACHRC) as well as on the editorial board of the Palgrave McMillan series Material Modernisms.

She is an award-winning lecturer and an enthusiastic promoter of the role of Arts and Humanities in community, especially in the regions.  In 2019 she was the Writer in Residence at The Historic Joy Kogawa House in Vancouver, Canada.

Tricia is a Director of a number of companies, including:

Tricia has over 30 years’ experience in the higher education sector, the majority of which has been operating at senior executive and management levels. She holds a Bachelor of Commerce degree and postgraduate qualification of CPA and is a Fellow of CPA Australia, Australian Institute of Company Directors and the Australian Institute of Management.

John is the Manager Director and Principal Consultant for The Chandler Group Pty Ltd. John has worked in the Higher Education sector for over twenty-five years and now consults in a range of fields associated with education and management. He has also been a board member for a number of organisations including Australian Festival of Chamber Music.

Mary Gallagher has taught English and Australian Literature at the University of Queensland, the Townsville Teachers' College and James Cook University, developing a specialised knowledge of Australian literature. She was the Head Librarian at the Barrier Reef Institute of TAFE from 1988 to 2007.

Ms Kotzas-Lazaredes is a Senior English teacher and Head of Curriculum (Teaching and Learning) at Kirwan State High School. She completed her BA (Hons) in Literature and her Grad BEd at James Cook University.

Roger Osborne joined JCU in 2018 as Lecturer in English and Writing.

Roger’s research program concentrates on Australian literature and British Modernism seen through the lens of book history, magazine culture, and scholarly editing. He is a contributing editor to the Cambridge Edition of the Works of Joseph Conrad, delivering an edition of Under Western Eyes in 2013, and working towards an edition of Nostromo, widely considered Conrad's modernist masterpiece. This edition is scheduled for publication in 2019.

Roger’s work on the trans-national nature of Australian print culture has been published widely, and his co-authored book, Australian Books and Authors in the American Marketplace 1840s-1940s, the first of two projected volumes, is to be published by Sydney University Press in 2018.

Roger has worked at the forefront of digital scholarly editing and has an international reputation for this work. His Joseph Furphy Digital Archive was published in 2015, and continues to grow with new modules added each year. He is currently planning a book-length study of Furphy's Such is Life to accompany the Digital Archive that investigates the intersections of material and digital textuality in historical contexts.

Roger has employed digital humanities methods in the study of book history, and has completed several well-regarded digital mapping projects. Through productive intersections with existing and emerging research strengths, his experience as a scholarly editor and book historian in trans-national studies and digital humanities makes a significant contribution to the literary studies program at James Cook University. 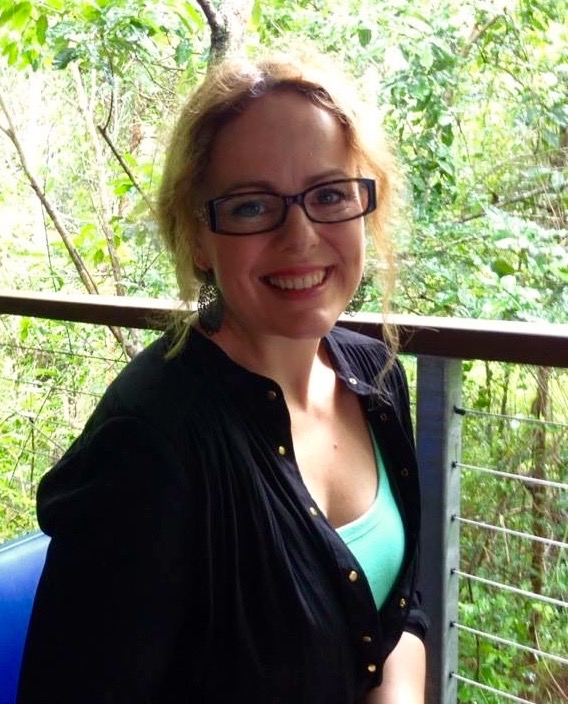 Jilly Lippmann is a tutor in English Literature and a doctoral candidate at James Cook University. She also completed her English Honours degree at James Cook, receiving the PF Rowland Prize for her thesis, and was awarded the University Medal. Her PhD research focuses on the “Modern Girl” in late colonial modernity in mainstream print culture and Australian literature. Jilly has worked as a research assistant, and as a Learning Advisor and Course Facilitator for first year bridging courses into academic studies.

He has also taught and lectured widely in Europe and North America. He is fluent in French and German.

The author of numerous monographs, biographies and editions, his most recent book was The Experimental Fiction of Murray Bail (Amherst: Cambria Press, 2012). He is currently researching Christina Stead and the Socialist Heritage with an ARC Discovery Grant.

Thomas Bristow is an editor, researcher, and writer.

Since taking on the role of President of the Association for Study of Literature, Environment, and Culture (Australia and New Zealand) in 2014, he has been a contributing editor to the journal Philosophy Activism Nature (PAN); he was elected editor-in-chief in 2018. Thomas is the environmental humanities series editor at Routledge (Literature, Media, and Culture).

Thomas has written a monograph on poetry in the Anthropocene, co-edited The Cultural History of Climate Change and published thirty items (articles and book chapters for academic journals and presses) on the relationship between literature and the environment. He is currently engaged on two monograph projects (elegy, the novel as a genre), a poetry pamphlet on the Great Barrier Reef and islands close to the Queensland coast, and two podcast series on Australian literature.