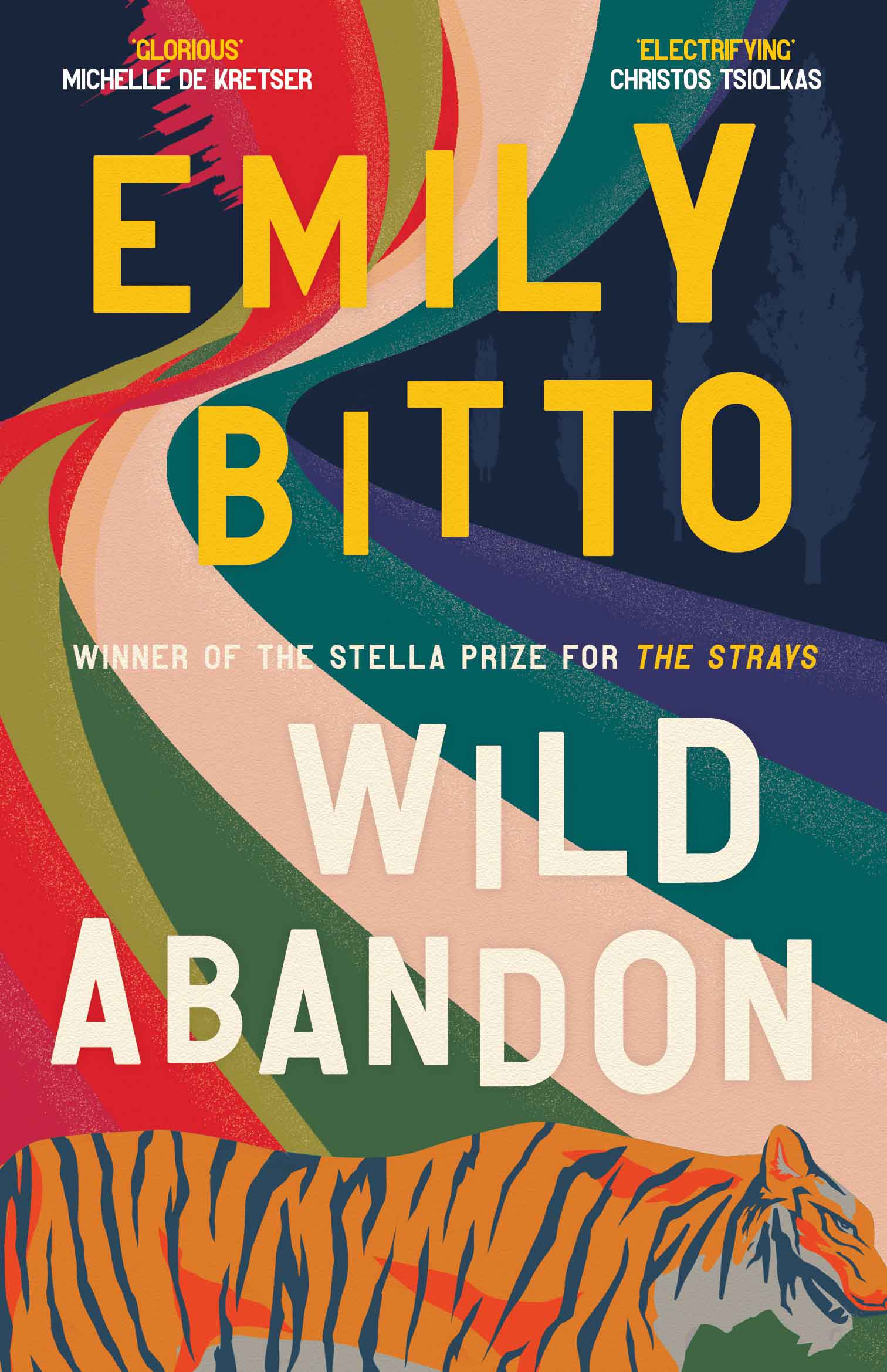 "I’m absolutely thrilled to have had my second novel, Wild Abandon, selected as the winner of the 2022 Margaret and Colin Roderick Literary Award,” she said.

As a long-time student and lover of Australian literature, this award is particularly meaningful to me, and I’m truly honoured to have been selected by such a formidable panel of judges. This award will also allow me to devote the majority of 2023 to my writing, which is a gift indeed.”

For 56 years, the Award has recognised the best original book published in Australia during the previous calendar year.

With such a broad scope, the award has been given to a wide range of publications including volumes of poetry, fiction, history, travel, natural history, memoir and biography.

Coupled with the H T Priestley Memorial Medal the prize is valued at $20,000.

Released in August 2022, female authors again dominate the ranks with five of the six shortlisted books.

An extraordinarily spare and powerful collection of interwoven poems of ‘skin and blood and country'. Themes of water, belonging, damage and recovery/remaining run through this collection.  There is pain, loss and joy here expressed though a controlled arrangement of theme and resonance of language through the several sections of the volume.  Read more at UQP.

An extremely well-crafted account of a young Australian man's ‘escape’ to New York and then into US heartlands after the breakdown of his first serious relationship. Echoing some great American literary landmarks, sometimes lyrical, a coming of age and into self-knowledge story mapped through the observation of the tensions and mysteries of the relationships of others set against richly symbolic and allusive account of the decline of civilisations.  Read more at Allen & Unwin.

This Young Adult fiction offers a startlingly sharp and lucid first-person account of the challenges experienced by first generation ‘immigrant’ children in Australia. It traces the experience of a young woman in an ‘alien’ environment, and of children in tension with the expectations and background of their parents. Read more at Allen & Unwin.

A visceral novel which deals with a traumatised, chaotic and largely dysfunctional family focusing on Nic, a hoarder, and her niece (among others). The secrets of the family are progressively unfolded in this controlled and harrowing narrative that illuminates how families can disintegrate and potentially reintegrate. Read more at Allen & Unwin.

A beautifully written and observed near-future fiction about a reclusive artist forced to leave her isolation to engage with others, confront the end of the world and the nameless horror which follows fire, ecological disaster and plague. The book is a quest, an apocalyptic allegory, an elegy and a faint gesture of hope.  Read more at Hachette Australia.

A remarkably sharp and varied collection of short stories and other prose pieces, each with an edge of magic realism and the surreal, from the neighbour with the tiger to the half-sisters who go on a healing retreat which kills one of them. Read more at  Simon & Schuster.

Announced in July 2022 the long list consists of 15 books (six from the above shortlist plus the 10 below), selected from a record number of 230 submissions. The long list covers a variety of genres including short story collections, YA fiction, crime fiction and poetry.

A beautifully written and carefully controlled collection. These short stories, some humorous, some devastating, cover family relations and alienations, friendship and love. Read more at UQP.

Beautifully written and controlled back-to-back novels. One follows a young Australian woman’s experiences trying on identities in France in the 1980s. The other is a satirical tracing of an aspirational family in aspirational future in suburban Sydney, confronted with what they are willing to sacrifice and destroy to succeed, and of what such success might consist.  These meticulously crafted fictions meet across moments of racism and othering, surrender and ruthlessness. Read more at Allen & Unwin.

An admirably clear and accessible account of the erroneous terms in which European/British settlement claimed sovereignty over the entire Australian continent. It unpacks the mismatch with their own contemporary laws and customs delegitimising the claim.  It offers another means of effecting The Uluru Statement of the Heart. Read more at NewSouth Books.

A true crime/memoir which consists of a compelling and well-written account of late 1970s early 1980s Queensland and national narcotics investigations. Shobbrook outlines with shocking clarity the ways in which he became embroiled in the backlash of corrupt police and government networks. Read more at UQP.

A fantasy tale which imagines how a ten-year-old might deal with her mentally ill mother’s unthinkable, unavoidably present, departure. The narrative follows her attempts to structure a life, and her interactions with her problematic, if possibly recuperative, neighbour(s). Another exploration of the horrors and joys of family life and community. Read more at Text Publishing.

Most people know the outlines of the career of the legendary nineteenth-century diva, Nellie Melba, but this biography offers new insights. What Melba went through to become the toast of the musical world is almost unbelievable to our twenty-first century eyes and how she handled it makes for remarkable reading.

This memoir is a compelling account of life in the SAS during the Afghanistan War. Wales has provided an open and honest account of his successes and his failures, and those of the SAS and Senior Command. This testosterone filled story uncovers the frail and vulnerable human souls beneath the soldiers’ tough exteriors.