Find out more at Penguin Publishing. 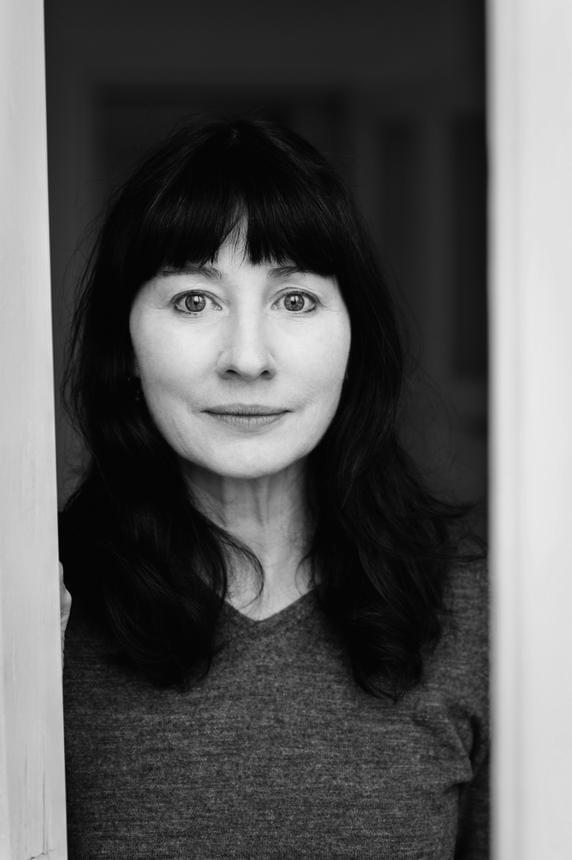 Gail Jones is the author of two short-story collections, a critical monograph, and the novels Black Mirror, Sixty Lights, Dreams of Speaking, Sorry, Five Bells and A Guide to Berlin. Three times shortlisted for the Miles Franklin Award, her prizes include the WA Premier's Award for Fiction, the Nita B. Kibble Award, the Steele Rudd Award, the Age Book of the Year Award, the Adelaide Festival Award for Fiction and the ASAL Gold Medal. She has also been shortlisted for international awards, including the IMPAC and the Prix Femina. Her fiction has been translated into nine languages.

Determined to discover the truth about the disappearance of her partner, Nick, Ana sets out to re-trace the route he took as a photojournalist on the other side of the world — a journey that saw him presumed dead, on a ship wrecked off the coast of Italy.

But Ana doesn’t believe Nick is dead. In his photos, in the messages her memories of him seem to carry, and in her growing suspicion about his own need to disappear, she is increasingly sure he is alive somewhere.

As she tracks his journey, she begins to witness the world that Nick saw through his camera — a world in which disappearance is not unexpected.

This debut novella struck the right balance between story and beautiful imagery.  In its dark psychological pursuit across Europe in the face of grief and a mystery, it reminds one of Tim Winton’s The Riders. It was also a masterful reflection on the refugee crisis and on Australia’s conscious refusal of dealing with modern day displacement. In the end, the narrator’s grief was processed in a very poignant way that acknowledged a connection between her repressed grief and the refugee situation on our doorstep, and she took steps to make amends.  For a publishing debut, this book is very strong and we look forward to more writing by Collins as she matures and hones her craft.

A stunning double biography that lifts the veil on the unconventional marriage of modernist pioneers John and Sunday Reed, and their relationships with some of Australia's most celebrated artists and writers.

Much has been written about the lives and art of Heide, but finally the remaining members of the inner circle have entrusted the full story to be told through this intimate biography of John and Sunday Reed.

It is a story of rebellion against their privileged backgrounds and of a bohemian existence marked by extraordinary achievements, intense heartbreak and enduring love. John and Sunday's was a remarkable partnership that affected all those who crossed the threshold into Heide and which altered the course of art in Australia.

This work is an important contribution to the study of Australian modernity and modernism. As well as dealing with “the lives of John and Sunday Reed”, it recreates the whole Heide scene and the beginning of Australian modernist bohemia as well as various tragic ends. A great story that pretty much tells itself.

A man who never sleeps takes a cross-continent train journey into landscape and memory. A gregarious woman and a reclusive man move to an Irish village where history and tradition (the famine pit nearby, the festival of Halloween) enact their dark forces. In an Australian town dying from the encroachment of salinity, a young girl attempts to bring life to a dead dog. Whether documenting love or horror , or finding quotidian absurdities in Australia or the world , the powerful stories in Crow’s Breath capture the precariousness of everything we most value with unsettling tenderness and beauty.

Find out more at Transit Lounge.

Ravages, both human and environmental, are the subject of John Kinsella’s Crow’s Breath, a masterful and mature collection of short stories.  Kinsella’s stories are evocative, poetic, full of damaged people and places. Kinsella’s fiction is understated and polished.  It has that haunting quality about it that makes great short fiction last, like Alice Munro’s and Tim Winton’s, and which compels readers to return to it again and again.

Daniel Mannix, Archbishop of Melbourne from 1917 until his death, aged ninety-nine, in 1963, was a towering figure in Melbourne’s Catholic community. But his political interventions had a profound effect on the wider Australian nation too.

Award-winning biographer Brenda Niall has made some unexpected discoveries in Irish and Australian archives which overturn some widely held views. She also draws on her own memories of meeting and interviewing Mannix to get to the essence of this man of contradictions, controversies and mystery.

Mannix is not only an astonishing new look at a remarkable life, but a fascinating depiction of Melbourne in the first half last century.

Find out more at Text Publishing.

This biography of Archbishop Mannix– arguably the most influential churchman in Australia over the past century – is a masterly study of a complex and very private man. Sympathetic but never hagiographic, it casts a wide net, covering Irish, Vatican, and Australian politics with insight and discernment.  Its Introduction is a moving and eloquent reflection on the difficulties and challenges for a biographer in relation to primary research material.

Scrupulously researched and elegantly written, this is a major work by a distinguished biographer at the top of her form.

‘This country leans in on you. Like family. To my way of thinking, it is family.’

The natural world, in Tim Winton’s novels, is as much a living presence as any character, and what is true of his work is true of his life. From boyhood, his relationship with sea, scrub and swamp has been as vital as blood relations. The country has seeped into him, with its rhythms, its dangers, its strange sustenance.

This is the story of how that relationship came to be, and also a passionate exhortation for all of us to feel the ground beneath our feet. Much more so than any political idea, the physical entity of Australia defines us, in ways we too often forget. Wise, rhapsodic, exalted, Island Home is a beautiful, evocative, sometimes provocative, investigation of how the land makes us who we are.

Find out more at Penguin.

Beautifully written, often poetic, with surprising epiphanies to spare, and tapping into new environmental consciousness. A meditation on the Australian landscape and its spiritual effect—and a delight to read.